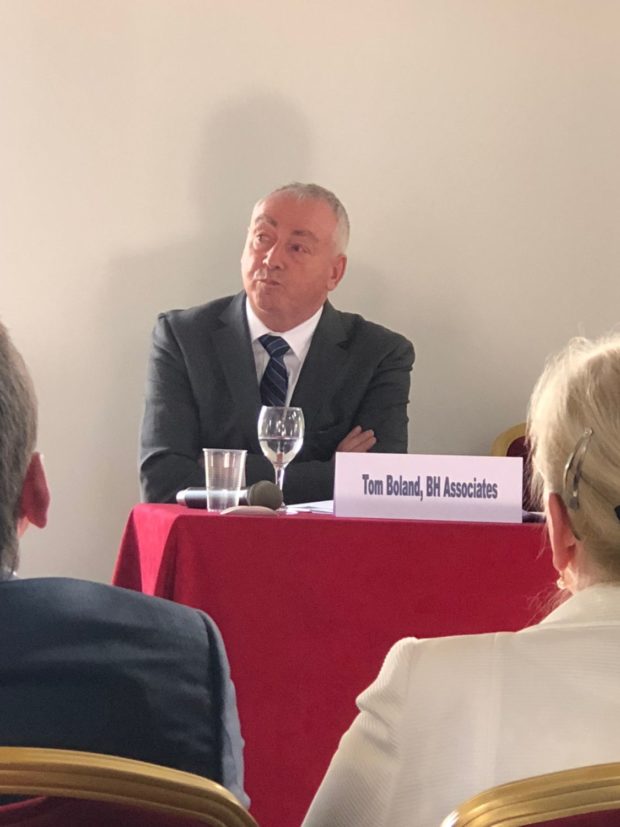 Tom Boland pictured in Kilkenny Castle in 2018 where he presented his document proposing a college campus in Kilkenny.

Earlier this month, the Waterford News & Star issued Freedom of Information requests to both Cork Institute of Technology and Institute of Technology Tralee requesting all documents – emails, hard copies etc – relating to the hiring of Tom Boland and Ellen Hazelkorn of BH Associates between 2017 and 2020. On April 15, two documents were received in response to the request – both relating to a tender process in December 2019. These were the only documents released by Mr. Paul Gallagher, VP for Finance and Administration for MTU.

However, there were myriad documents available on Cork Institute of Technology’s website, which showed that Mr Boland and Ms Hazelkorn of BH Associates were tasked by the two colleges to work on their technological university application – well before the tender was advertised in December 2019. According to the records of a MTU Sub Committee Meeting, held on September 12, 2019, Mr Boland and Prof Hazelkorn were named as key consultants who could help to get the MTU Technological University application over the line. According to the minutes, the consultants had a “strong interface with the Department of Education and Skills (DES)” and “were looking at what tasks must be completed to get the project over the line by the end of Quarter 1 2020”.

Prior to a tender being advertised in December 2019, Mr Boland and Prof Hazelkorn were attending MTU sub committee meetings and were meeting with various stakeholders in both institutions to see “where the gaps are in the panel report and how these can be completed”. 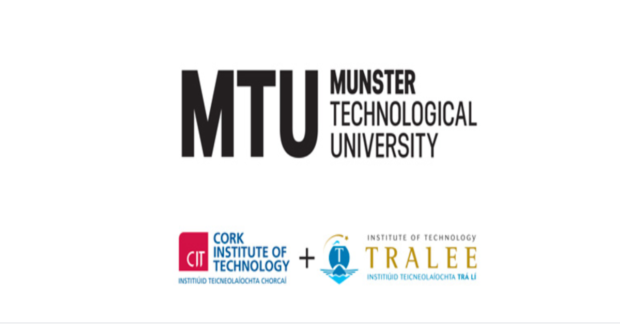 On the strength of this evidence, that BH Associates were already working for the MTU, the Waterford News & Star once again contacted the colleges requesting documents that we believed should have been included in the first request. On April 23, some additional documents were made available. One of these documents contains a memo from Mr Paul Gallagher to the Presidents of CIT and ITT, dated December 4, 2019, stating the following: “In a letter dated 30 September 2019 the Minister for Education and Skills set out a number of conditions which CIT and ITT are required to comply with for the purposes of an application for Technological University status. One of those conditions was to engage the support of external experts having specialist expertise and knowledge of higher education.”

Mr Gallagher went on to say that, “Having consulted with the Department we are agreed that procurement regulations allow for the engagement of BH Associates through a ‘Negotiated Procedure without Prior Publication’. Regulation 32 sets out exceptional circumstances which are acceptable on the basis of an urgent need prompted by the Minister’s letter dated 30 September and the need was not attributable to the Institute.”

The Waterford News & Star contacted MTU and both colleges requesting the correspondence from the Department that is referenced above by Mr Gallagher. We also asked why so many documents were omitted from the first FOI request. No response was received at the time of going to press.

Documents seen by the Waterford News & Star show that the Department of Higher Education directed both TUSE and MTU to hire “expert consultants” to drive on both applications. These documents also state that the chosen consultants, Tom Boland and Prof Ellen Hazelkorn of BH Associates, were hired by both consortiums without adhering to the proper procurement procedures. MTU finally issued a tender in December 2019, four months after the consultants had already started work.

A senior source in WIT told the Waterford News & Star that the Department of Higher Education believed that BH Associates “had the power to drive on both Technological Universities and wanted them hired”.

“It’s very clear that the Department were not happy with the progress of the Technological Universities and they knew some people who could get it over the line,” the source said. “The proper processes went out the window when it came to the hiring of these particular consultants.”

The Waterford News & Star has contacted the Department of Higher Education, MTU and BH Associates for comment. The Department and MTU has not responded and Tom Boland of BH Associates replied stating that he had “no comment to make”.