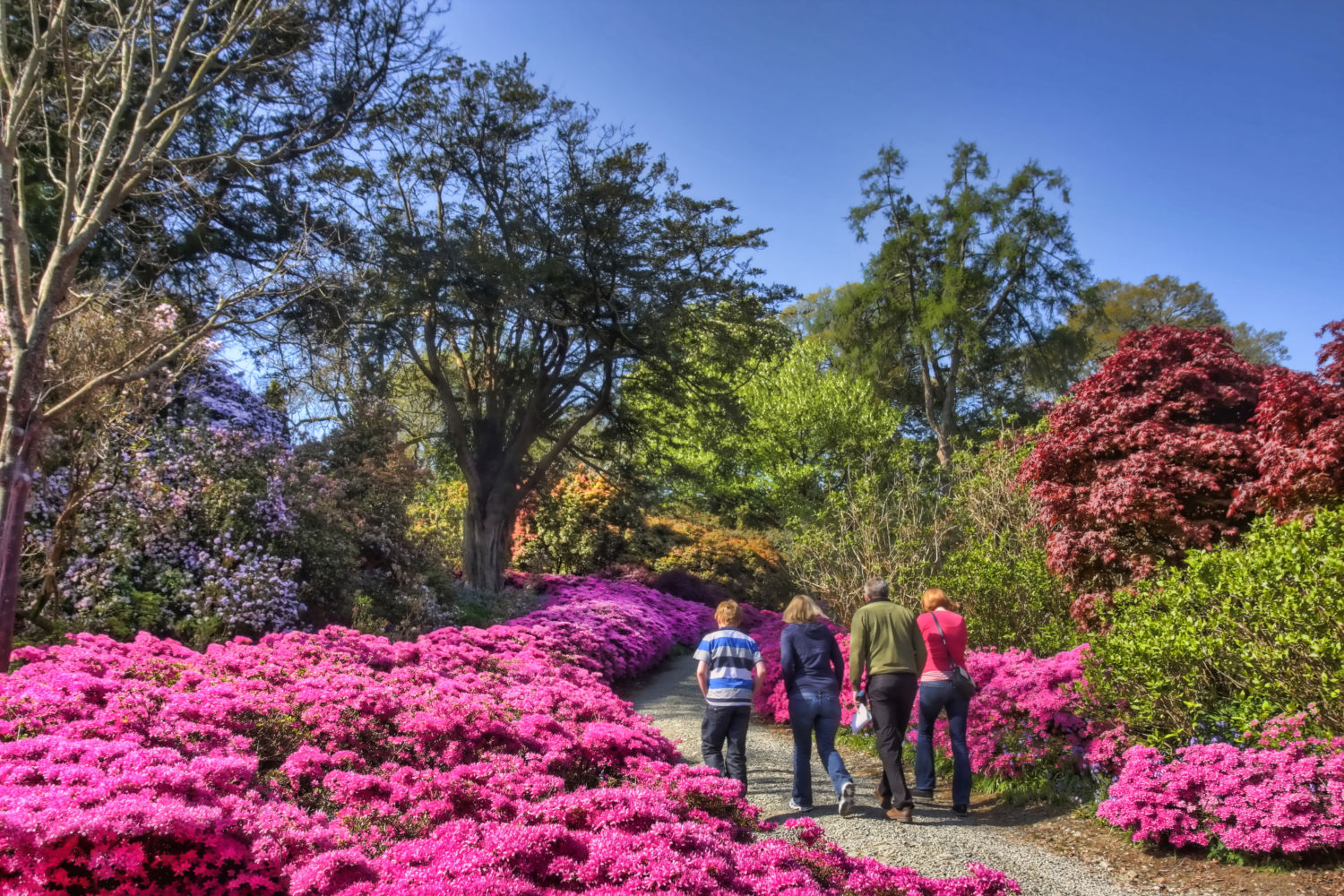 THE clouds parted and the sun shone as Mount Congreve estate opened its gardens in full bloom to the public for the first time in over six months on Thursday morning last.

Ray Sinnott, Estate Manager told the Waterford News & Star that staff were in for a busy first day as they prepared to welcome up to 300 visitors to the majestic 70-acre gardens, with over 16km of walking trails. For the time being numbers are being restricted and visitors must pre-book their tickets. Ray said this is due to Covid-19, but on the plus side it ensures that people will have a “nice peaceful and tranquil visit”. “We are happy with the amount of people that are coming in, and we have limited the numbers for now to 150 per hour,” he said.

Within the first hour of re-opening 50 cars were parked up outside the entrance gate. “We had a lot of our regulars back already, including George Kavanagh… It was nice to have him here and see people again,” Ray admitted.

During the six month period of closure the gardeners were kept busy working behind the walls tending to the acres of gardens. “It almost went back to the old times where the gardeners were maintaining the grounds for the gardeners, and there’s no point in that. We were ready to see new faces,” Ray said, “The garden is well in bloom now. We’ve passed over our magnolias already. They have come and gone. Now we are into the azaleas, rhododendron, and others are starting to peak out, including some of the roses.”

Regarding the exciting plans unveiled last week for a new visitor’s attraction at Mount Congreve House and Gardens, to include a glazed courtyard similar to an orangery, Mr Sinnott was more than excited that there’s some movement on the development.

“We need world class facilities to match the world class gardens,” he said. With the Part 8 having gone out to public consultation the same week as the re-opening, Ray is keeping his fingers crossed for the estate’s blooming future. 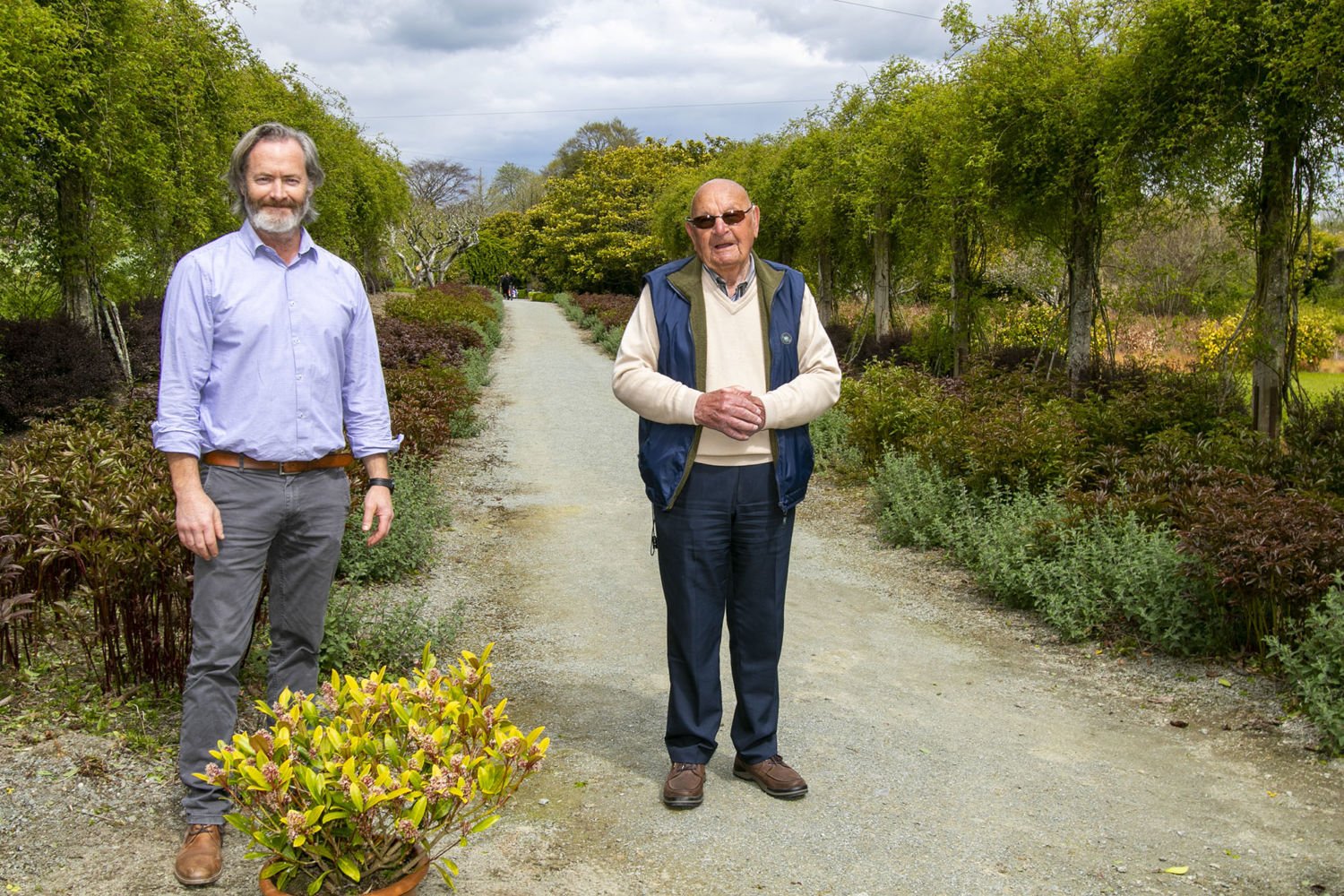 In the meantime, the Estate Manager went about welcoming visitors, including Tom Collins from St John’s Park. The 90-year-old, who drove himself to Mount Congreve for the occasion, shared many fond memories of the estate.

Mr Collins turned his mind back 80 odd years when he brought a churn of milk from Mount Congreve into a shop in town. “A year or two later I started my working career as a messenger boy and the first job I got was to go from the shop beside the Cathedral out to Mount Congreve on a bike for a bunch of flowers. I knew the estate well as I had been out many, many times as a young lad collecting timber in the woods,” he said. “I got a bunch of flowers one of the days and there was a fragrance that I never forgot – carnations, beautiful flowers. It left an impression on me.”

Sometime later, Tom, a nephew of the six Collins Brothers from Philip Street who fought in WW1, worked as a taxi driver and used to regularly drive the chef from Mount Congreve into the city for shopping and back out again.

“I’ve a sort of relationship with this place,” he fondly reminisced, before expressing disappointment that the contents of the house were sold at auction. Nonetheless, Mr Collins was delighted to be welcomed to Mount Congreve for the opening day.

Meanwhile, Robert and Cecilia Hill from Faithlegg were enjoying a stroll through a pathway of vibrant pink blooms when they stopped to talk. Giving his thoughts, Robert said, “It is just wonderful to have it opened again. It’s such a spectacle. You come out one week and you see one colour and you come out two weeks later and the whole place has changed yet again. The variety is terrific.”

Both Robert and Cecilia are season ticket holders, and often bring visitors with them to showcase the natural beauty of the gardens. “I don’t think enough people in Waterford come out here… It is a super place, particularly if you are a gardener.” 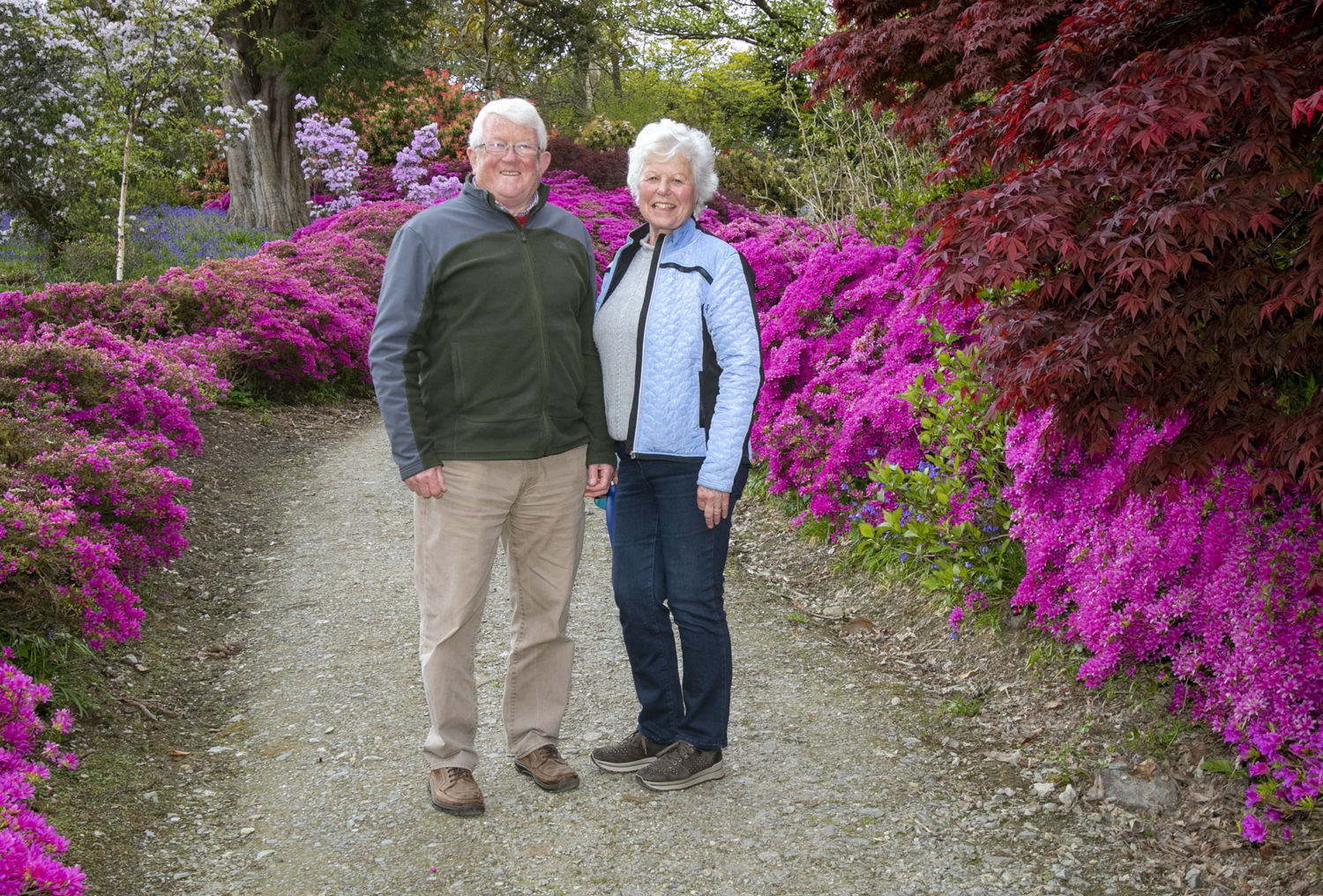 As a keen gardener, Robert’s favourite spot is the walled gardens where the peonies and catmint are. Robert also remarked that it was a great shame that the house was emptied and left idle, adding that it has massive potential, but needs a “huge injection of capital”. However, he praised the staff for their commitment to maintaining the gardens.

Further up the trail we bumped into Andy and Ann Comerford from “beautiful” Dunhill on the Copper Coast. Ann, whose 30-year-old garden contains a lot of plants from Mount Congreve, was “absolutely thrilled” to be able to have a walk around once more. Ann said, “When you come in here you actually forget about all the problems that are out there and you take your moment. That’s what it is all about – just peace and tranquillity.”

Ann gave a cautious welcome to the beginning of the country’s reopening, but was pleased to be able to enjoy the walk and a coffee afterwards in the café on site. 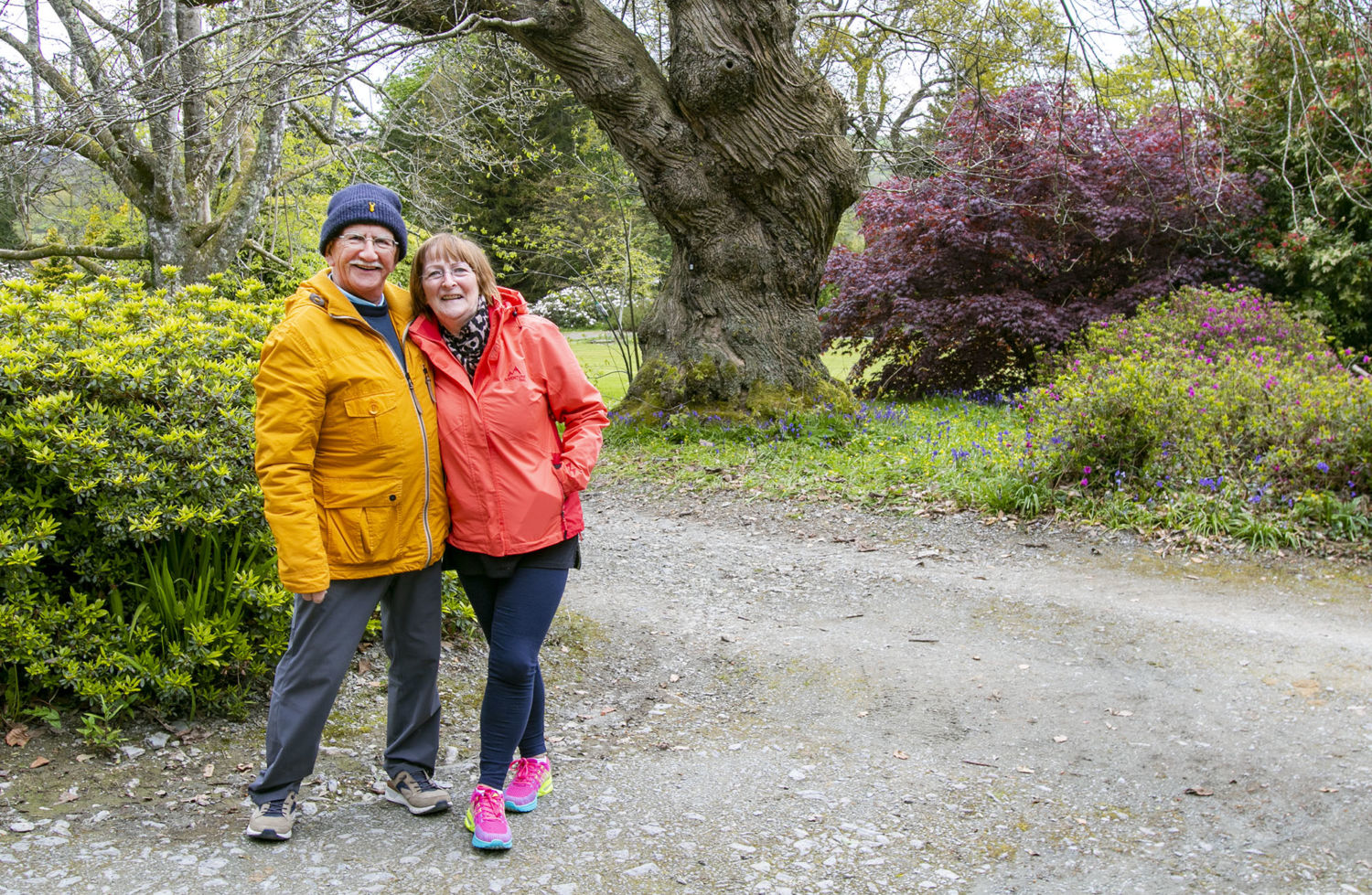