A singer from Co Waterford recently received a huge shock when she realised photographs of her had been used on an adult website profile without her consent.

Kate O’Beirne is a well known singer, artist and vocal coach in the county.

She regularly sings at a local church, and she told the Waterford News & Star that she was “mortified” when friends alerted her to the fake profile that had stolen her pictures.

Ms O’Beirne has a number of online pages where she sells products such as jewellery and soaps.

The Famous Kate (@thefamouskate on Instagram and YouTube) is where she showcases her vocal talents and a copy of this page was used for the fake profile.

The hackers called it “Kate the Famouss”(with an extra ’s’).

“I’m self employed so I rely on my online presence for marketing,” Ms O’Beirne said. “I really don’t have a choice when it comes to my privacy settings… when you’re self employed, you need the exposure, albeit the right kind.”

The first image stolen was a simple one from her birthday party.

“My husband and my daughter and I had a little lockdown party for my birthday,” she said. “We got a takeaway and got dressed up for the laugh… to make us feel like we were on the town.”

In one photo, Ms O’Beirne posed on her couch in a dress she had chosen for the occasion.

This was used as the main picture for the 18+ account, while other pictures from her Instagram were also stolen. 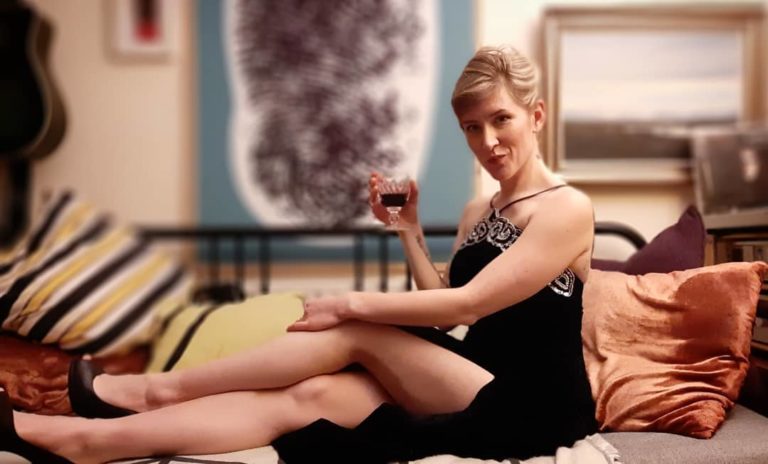 The photo of Kate that was stolen for the fake account.

Ms O’Beirne reported the page as soon as she was made aware of it while she also notified gardaí.

“I felt extremely violated,” she said. “All I could think of were the people who might find the page and think that it was actually me behind it.”

She was surprised when gardaí told her there was nothing that could be done about identity theft.