At 6.20pm SEMRA were tasked by An Garda Síochána to respond to a callout after a report that two walkers were crag fast above Mahon Falls.

The Gardaí were first on scene at the Mahon Falls carpark and were able to see the two walkers from the bottom of the falls.

“While SEMRA members were responding another walker, who was on the hill offered assistance and commenced escorting the walkers off of the hill. SEMRA’s first party met with the group on the hill at 7.43pm and the walkers were found to be in good health and able to walk.

“On the way down one of the walkers lost their footing and suffered a lower leg injury and was unable to continue on foot. SEMRA’s team doctor provided initial treatment and the casualty was subsequently packaged onto a stretcher and carried by SEMRA members to an awaiting SEMRA vehicle. The walkers were transported off the hill to the carpark where they were assessed by the SEMRA team doctor before returning to their vehicle.”

All team members were safely off the hill and made their way home by 9.30pm. All pictures SEMRA: 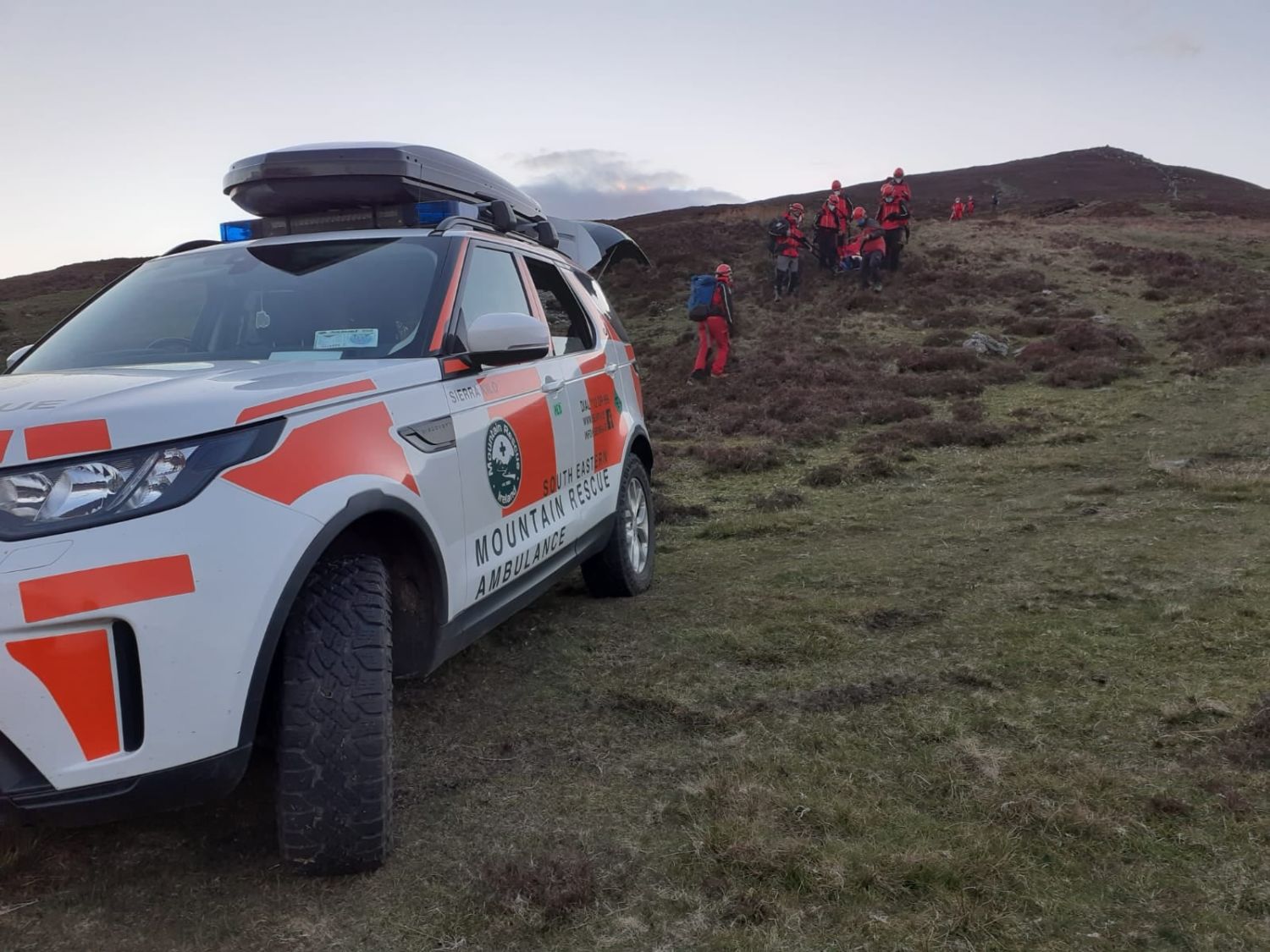