New dad Maurice will ‘never give up’ on Déise dream 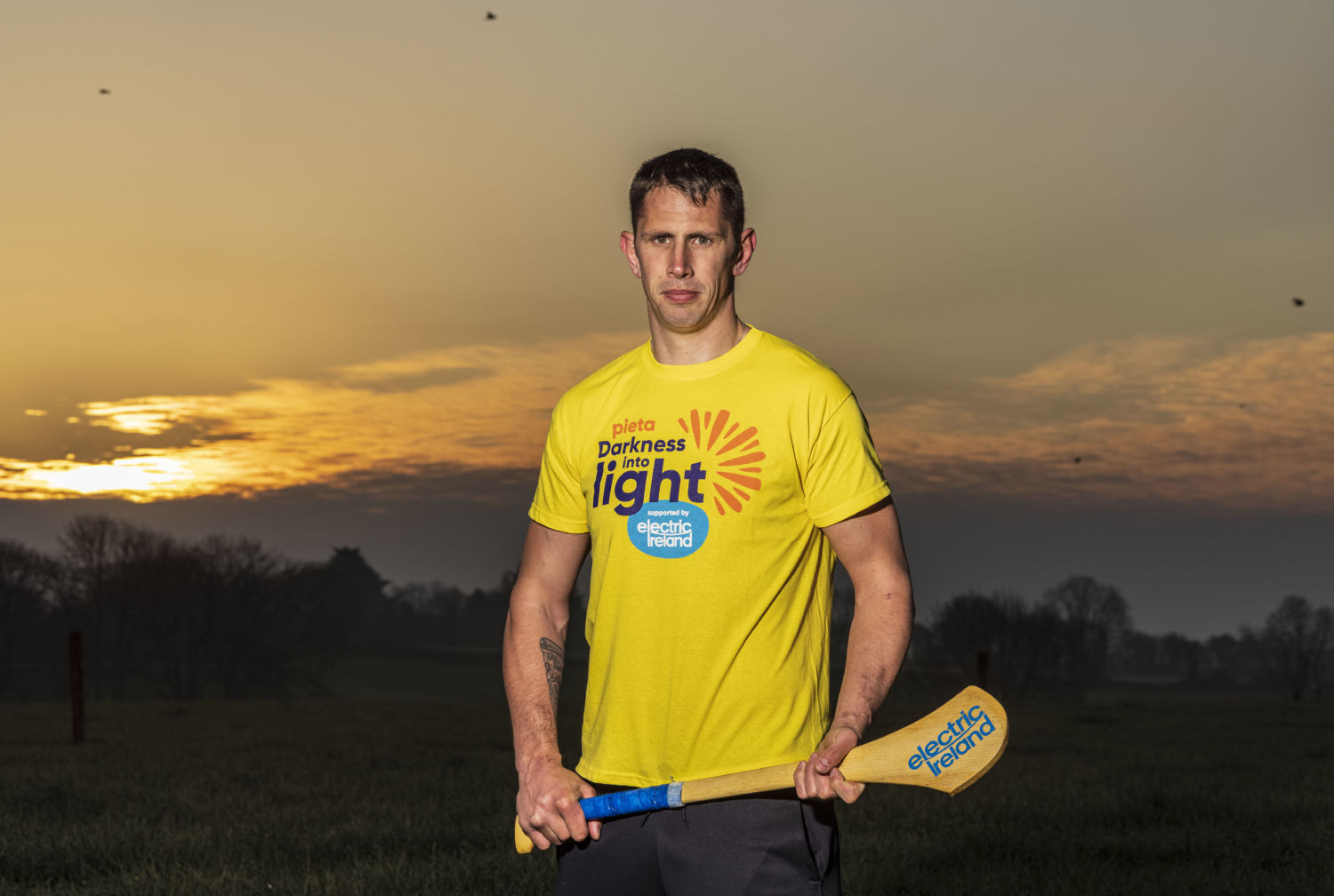 Lismore’s Maurice Shanahan, who has teamed up with Electric Ireland to invite the public to join them for a special ‘One Sunrise Together’ for Darkness Into Light on Saturday, May 8th, in order to raise vital funds for Pieta’s lifesaving services. You can sign up now at www.darknessintolight.ie. Photo: Inpho/Dan Sheridan.

It’s been a pretty eventful 18 months or so for Lismore’s Maurice Shanahan.
First came the phone call from the ten new Déise manager Liam Cahill, to tell him he was no longer part of the Waterford set-up in November 2019. In February of 2020 he married the lovely Katie, just a few shorts before Covid hit us all and he lost his job of 13 years with Iverk Produce.
Despite that he starred in Lismore’s march to the County SHC semi-finals. He was the 2020 Waterford SHC’s top scorer with 3-44 (34 frees, 2-9 from play, a penalty and a 65). This included an absolutly remarkable personal contribution in the victory over Fourmilewater when he scored a crazy 2-17 (1-3 from play).
And just six weeks ago, the icing on the cake, and he and Katie welcomed wonderful daughter Rosie into the world.
Maurice has spoken before about his attempted suicide in 2014 and this week he once again faced the media to speak about it and his journey since then, in order to raise awareness for this year’s Darkness Into Light which takes place on Saturday next, May 8.

‘ROCK BOTTOM’
“In 2014, I kind of hit my rock bottom,” recalled Maurice this week. “I can’t really tell you why, but just things started to really get on top of me. Everyone knows I tried to commit suicide. Thankfully, it didn’t work out for me. But other families aren’t so lucky. Only for the people around me at the time, I wouldn’t be here talking to you today.
“When I got depression I didn’t want to leave my family down saying, ‘I’m depressed’. It wasn’t a chat I wanted to have with my parents because my father at the time was battling cancer.
“I didn’t want anyone knowing either because I was kind of too proud at the start. It’s not because you’re an inter-county hurler, I’m a proud person. Proud of where I come from, that kind of stuff. It’s not an easy thing to come out and say to anyone. I bottled it up for a long, long time. The minute I said to people, I was suffering, there was a bit of relief lifted off me straight away.”
Like most of us, especially in these Covid times, it’s not all plain sailing but in the whole, “I’m in a good place right now.”

‘STILL HURTS’
In 2015 Maurice bravely opened up about his suicide attempt and there’s no doubt that it helped people out there who were going through their own internal struggles. He continued to play at a very high level for both Lismore and Waterford and in 2019 he played in three of the Déise’s four Munster Championship ties. But that November new manager Liam Cahill came in and he called Maurice to say that he wasn’t going to be in his panel of the 2020 season.
With that phone call, a door seemed to close on eleven seasons in the white and blue.
“When you get a call like that after being there over 10 years, it’s hurtful. It did hurt me and it probably still hurts me to this day. But you just have to be a bigger man and move on from it,” Shanahan admitted. “Personally, I do think I still have something to offer. But like that, Liam has his own plans and I’m not part of that plan, which is fine as well.
“Liam might not be there next year, you just don’t know. And if someone came in, you might be back in their plans so that’s something you have to think about going forward.”

‘NEVER GIVE UP’
While most other guys would have given up on the dream of playing for his county again, in such circumstances, Maurice has definitely not.
“I am probably training more now than I ever did. I take a day off on a Sunday, but every other day, I’m out in the gym in the back shed, running the roads, or in ball alleys. I’ll never give up on putting on a Waterford jersey. It is probably not looking likely.”
How was it watching Waterford’s march to Munster and All-Ireland Finals?
“Jesus, the joy I got from getting to the All-Ireland final was great. It’s a pity they couldn’t get over the line, but it would hurt you. Like, the last 15 minutes of the Kilkenny game when Stephen (Bennett) got the goal to bring on the comeback, I had to walk out to the back garden for five minutes because it kind of hit home.
“Jesus, I would have loved to have been there with them.
“When I came back in, I was roaring the boys on again, but definitely, and I think if you ask Noel (Connors) or even Tommy Ryan or any of them lads, it would have hurt. We are human people, and if it doesn’t hurt you after the last 10 years you gave to Waterford, it didn’t mean much to be honest.” 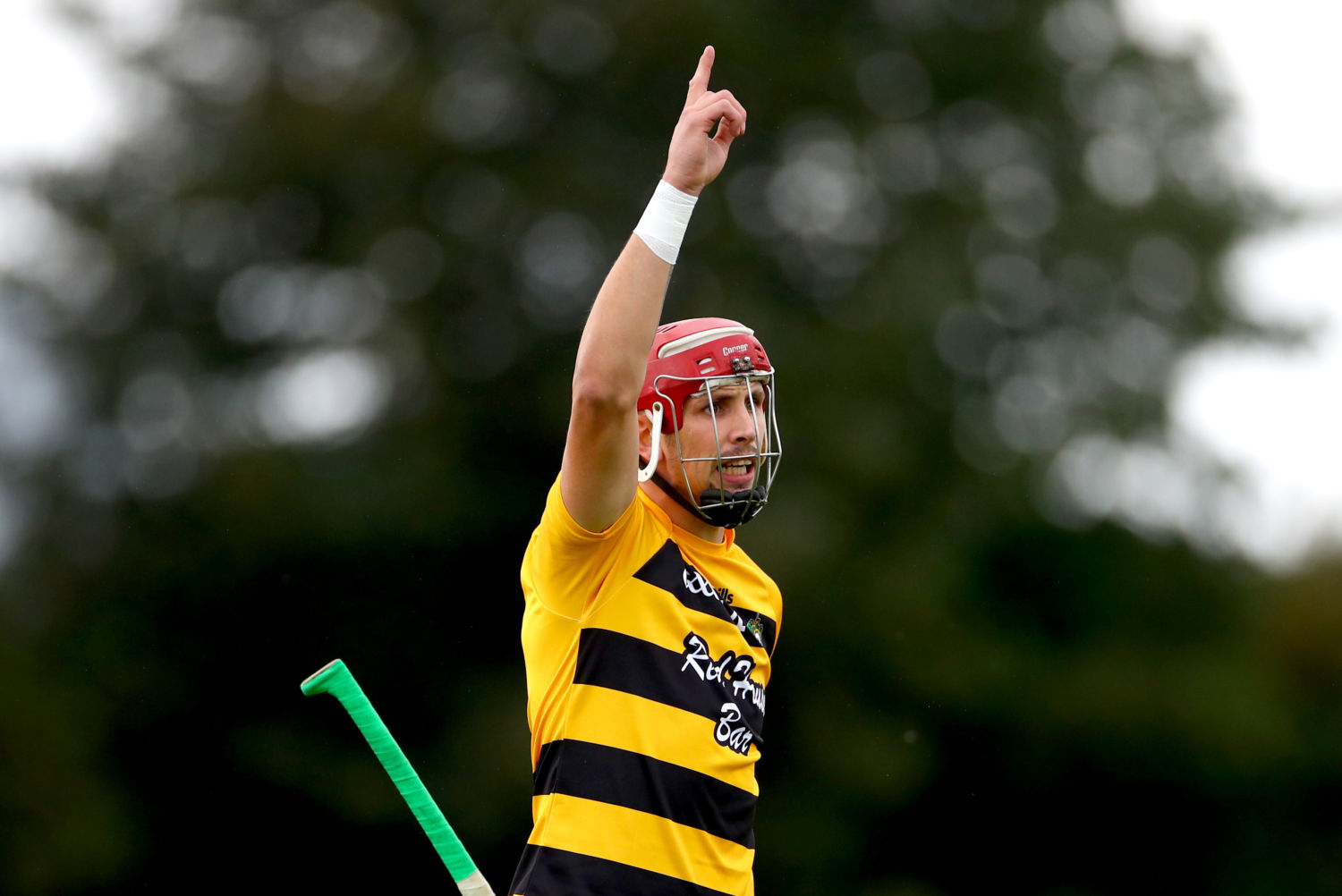 ‘BEST THING EVER’
Six weeks ago Maurice became a father with the arrival of baby Rosie, so how’s fatherhood treating him?
“The best thing that ever happened,” he says. “To have her around every day is unbelievable.”
Hopefully Rosie will get to see her dad light it up for Lismore (and maybe Waterford) for many years to come.
*Maurice Shanahan has teamed up with Electric Ireland to invite the public to join them for a special ‘One Sunrise Together’ for Darkness Into Light on Saturday, May 8, in order to raise vital funds for Pieta’s lifesaving services. You can sign up now at darknessintolight.ie.
Quotes courtesy of the Irish Examiner.