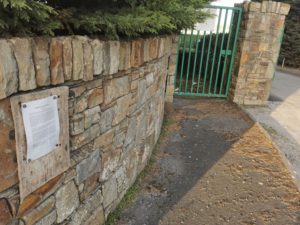 ORMONDE Organics has received planning permission from Waterford City & County Council to double its annual intake of materials from 40,000 to 80,000 tonnes at its facility in Killowen, two miles from Portlaw.

The permission, which was granted on April 8, will see the company construct a feedstock bunker building, a compost maturation building and associated canopy, along with a digestive storge tank and a wood chip air filter.

The works will also see an internal access road to the Anaerobic Digestion Facility widened, an additional “attenuation pond” (storing and reducing run-off during peak flows), while a digestive storage tank will be relocated and amended to provide a digester tank.

The planning application for the site, previously occupied by Michell Ireland between 1993 and 2003, was erected on a wall near the facility’s main entrance on October 20 of last year.

However, this notice escaped the attention of local resident Shane O’Connell, who lives near the plant on the opposite side of the road which runs between Portlaw and Carrick-on-Suir.

“I only realised there’d been an application made around the end of March and the beginning of April,” Mr O’Connell told the Waterford News & Star.

“Now when I applied for planning to build my house, my application was out on the side of the road where everyone could see it. But as far as I’m concerned, this wasn’t what happened just up from us back in October. So we asked the Council about where the planning (site notice) was placed but they told us that it was in the correct location. If the notice had been on the ditch, I know I’d have seen it a lot sooner than I did.”

A spokesperson for the company told this newspaper: “Ormonde Organics notes the concern of members of the local community regarding the planning application for its facility in Portlaw. From the outset, the company has operated in full compliance with the planning process with regards to its application, including the placement of site notices.”

Regarding the display of site notices, Waterford City & County Council policy states: “The Site Notice shall be securely erected or fixed in a conspicuous position on or near the main entrance to the land or structure concerned from a public road, or where there is more than one entrance from public roads, on or near all such entrances, or on any other part of the land or structure adjoining a public road, so as to be easily visible and legible by persons using the public road, and shall not be obscured or concealed at any time.”

Said Shane O’Connell: “I had about 12 envelopes (containing submissions and observations in relation to the proposal from local residents) with the €2o notes collected. When I looked at the notice that evening, I presumed that since (the application) had gone back for further information that I could still object but the deadline had passed by the time I’d been calling into neighbours and talking to people living across the river about it. I mean we do have correspondence with (Ormonde) on a weekly basis due to smells and other things at the minute so what they’ve now got permission for could have been made known to us – or even if the planning notice put up last October had been put out, directly facing the road. But look, that’s where things are now.”

Mr O’Connell recently shared his concerns on the matter with local Councillor Seanie Power (FG), who himself came to see where the site notice had been erected.

The Ormonde Organics spokesperson added: “The matter of odour has been fully addressed in the Environmental Impact Assessment which was submitted as part of the planning application. As a fully licenced facility we are in full compliance with all of our regulated environmental requirements, including odour.

“The hours of public operation of the facility are normal working hours from Monday to Friday and a half day on Saturday. Household brown bin/green waste will account for the significant majority of materials processed.”

Ormonde Organics, described in a 2012 Environmental Impact Statement as “Ireland’s leading sludge management company”, was founded in 1993. Its clients, reads its website, “include Irish and multinational companies with councils and municipal organisations. These are operations that take organics management responsibility very seriously.”