“We want to get back to where we were last year” 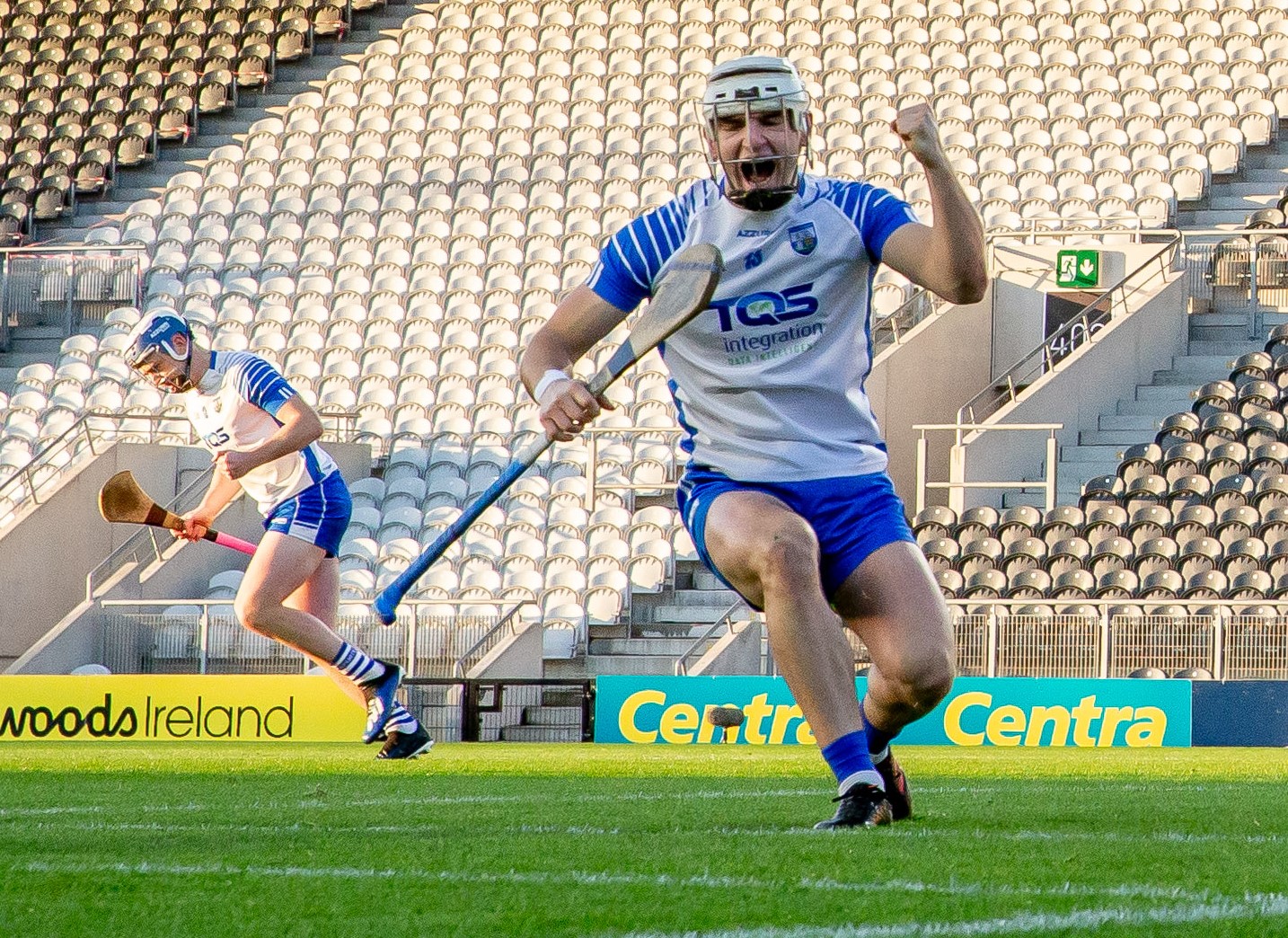 Dessie Hutchinson had a brilliant debut season in 2020 and he wants more of the same in 2021, starting this afternoon in Cork.

Déise hitman Dessie Hutchinson is hungry for a return to Croke Park at the end of August after getting a taste of the big time in 2020.
“As a team, we want to get back to where we were last year but at the end of it, have a bit of silverware to show for it. I think that’s really important for this group of players. Where we were last year is where Waterford hurling should be. We know it’s not just going to happen for us again this year, we have to put a serious amount of hard work into it. Everybody is excited about it and the management are putting everything in place for us to go and do it.”
Approaching his second season at this level, Hutchinson is already a marked man. The best corner backs in the business like Sean Finn and Conor Delaney watched him like a hawk throughout the winter championship. Despite that close attention, Dessie still delivered 3-12 from play in all competitions, including 2-2 against Clare, and finished 2020 with an All Star nomination. Since his return to the small ball, he has totalled 10-50 in two club campaigns for Ballygunner (4-27 in 2019 followed by 6-23 in 2020).

‘WE LEFT OURSELVES DOWN’
His first All Ireland last December was a major downer however. The manner of that eleven-point loss to Limerick still hurts the Gunners’ goal getter almost five months later. “Looking back on it, it was disappointing. We knew our performance levels were much better than what we showed on the day. After all the hard work that went into it, we left ourselves down. The management gave us everything to put it into place and unfortunately, we slipped up a little bit on the pitch. Look, it’s a huge learning curve for all of us and that’s exactly where we want to get back to now this year.”
Liam Cahill’s squad returned to collective training in Dungarvan on April 19 after a lengthy lay-off since that December 13 decider. “We’re all delighted to be back. It was a tough couple of months training away on our own. After the disappointment at the end of last year, we wanted to get straight back into it but unfortunately Covid put a stop to that. Everyone is back now in good shape and we’re looking forward to the league.”

‘IN GOOD SHAPE’
It was a long and lonely road back to the training ground as every panellist put in the hard yards on their own. “We were all on designated programmes to make sure that we were keeping our fitness up, just doing the normal stuff, the gym work and the hard running that you’d usually be doing together in the slog of January and February. We were on our own this year which made it a little bit tougher but we’re back now and thankfully, everybody is in good shape.”
Hutchinson stayed local to keep up with his team mates. “I was out around Dunmore and there was nothing but hills! It was tough enough! The beach was good to me out in Woodstown.”
The new season starts on Leeside this Sunday and Páirc Uí Chaoimh was a happy hunting ground for Hutchinson last November as he grabbed his first championship goals against Clare. He raised two green flags inside six minutes and then set up another three pointer for Jack Fagan before the break. That day, he showed that he was the real deal. “Look, it was great. Coming off a good club campaign, there was a little bit of pressure for me to deliver in terms of scoring. Thankfully against Clare, I got off the mark and did alright I suppose. This year, I’ll be looking to kick on again and produce a little bit more, especially goals in the team which the inside forwards need to be doing.”
Championship is the top priority but Waterford won’t take the league lightly. “No doubt about it, we’re looking to win every game. The management will probably want to have a look at a lot of players too. Unfortunately, we haven’t got the challenge games under our belt because of the restrictions but it’s a chance for everyone to throw their hand up for that first championship game against Clare.”