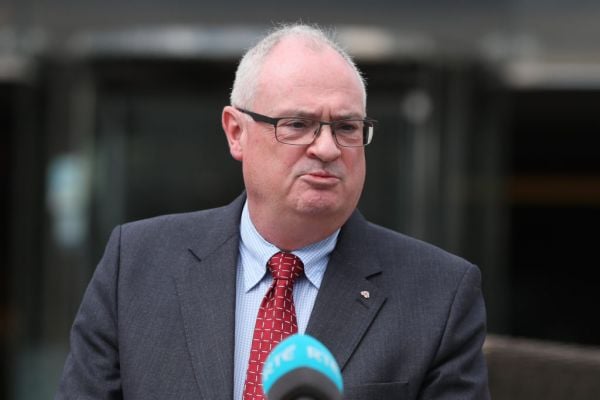 Ulster Unionist leader Steve Aiken has announced his resignation, but will remain in the position until a successor is chosen.

The announcement from the South Antrim MLA comes amid growing internal UUP concern at his leadership.

Many felt a change was required ahead of next year’s Stormont election.

Mr Aiken, a former submarine captain, was elected to the position unopposed in 2019.

In a letter to party chairman Danny Kennedy, he said he believed he had taken the party as far as he could.

“To achieve our goals, we now need new leadership,” he wrote.

Mr Aiken said he will remain in politics and continue as a South Antrim MLA.

He wrote: “May I say what a privilege it has been to lead our party in these difficult and trying times; while leadership of a political party has many highs and lows, it has been my work with our elected representatives, in particular our MLA team, that has given me the greatest confidence for the future of our great party.”

Statement from the Ulster Unionist Party.

Copies of the letters from Steve Aiken OBE MLA and Party Chairman, Danny Kennedy can be found below.

Discussing his time as leader, Mr Aiken said he took pride in the party’s decision to take on the challenging health minister portfolio when Stormont was restored in 2020.

He said his party colleague and former leader Robin Swann had been successful in his efforts to tackle the pandemic.

“However, despite our successes, it has become clear to me that if we are to achieve the breakthrough in the forthcoming Assembly elections, we will need to drive further ahead,” Mr Aiken wrote to the party chairman.

“To represent the brand of unionism that builds on hope and not fear, and provides a clear, modern, alternative that will be both the future of our party and Northern Ireland, will require strong leadership.”

“The last few months have been a momentous time for our Union and for Northern Ireland,” he wrote.

“It is also a time when unionism, more than ever, needs positive, hopeful and progressive leadership; leadership which I strongly believe only the Ulster Unionist Party can provide.

In a written reply to Mr Aiken, party chairman Mr Kennedy said he “regretfully” acknowledged his decision to resign.

“On behalf of the officers and the entire party I want to express my deep appreciation for the service you have rendered as leader and pay tribute to your unstinting efforts to promote our raison d’etre – the maintenance and preservation of Northern Ireland’s place in the United Kingdom,” he wrote.

“I believe you can take considerable pride in your many achievements as our party leader and the necessary reforms to our structures brought under your watch. Without doubt, you have always sought to lead from the front.

“It is clear from your letter that you passionately believe in the future development of our party and its importance and relevance within the political life of our beloved province.

“I am particularly pleased that you have clearly indicated your willingness to continue as part of our team and I have no doubt that you will play a central role as we seek to restore our political fortunes. 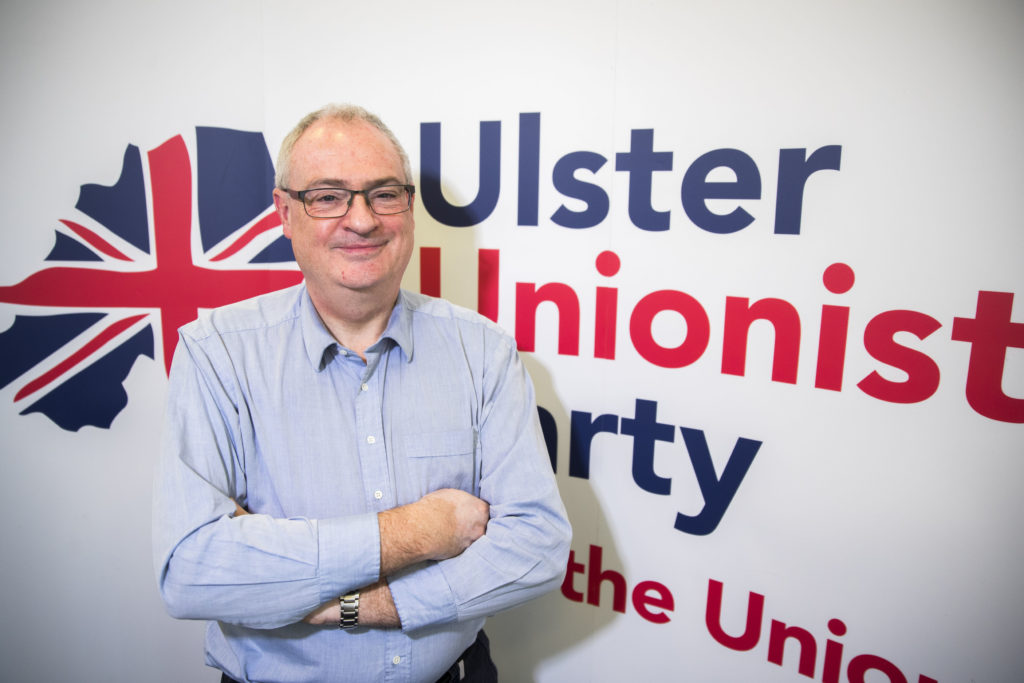 “On a personal note, it has been my honour to serve you as party chairman and I genuinely thank you for that opportunity. I have witnessed at close quarters your dedication to duty and the dignity you have displayed at all times as party leader, even in challenging circumstances.

“I very much hope that, along with colleagues, we can shape a prosperous and happy future for all of the people of Northern Ireland within the Union.”

Upper Bann MLA Doug Beattie, who is viewed as a potential successor to Steve Aiken, paid tribute to the party leader.

“The loneliness of leadership is never easy,” he tweeted.

“The cruel comments are a measure of those unwilling to put their heads above the parapet.

“As my party leader, my colleague and my friend I want to thank Steve for his for service past, present and in the future.”

Mr Swann tweeted: “I want to thank @SteveAikenUUP for his leadership, it is oft time both a rewarding and challenging position to hold.

“But most of all I thank him for his support and the trust he placed in me when he nominated me as Health Minister.”