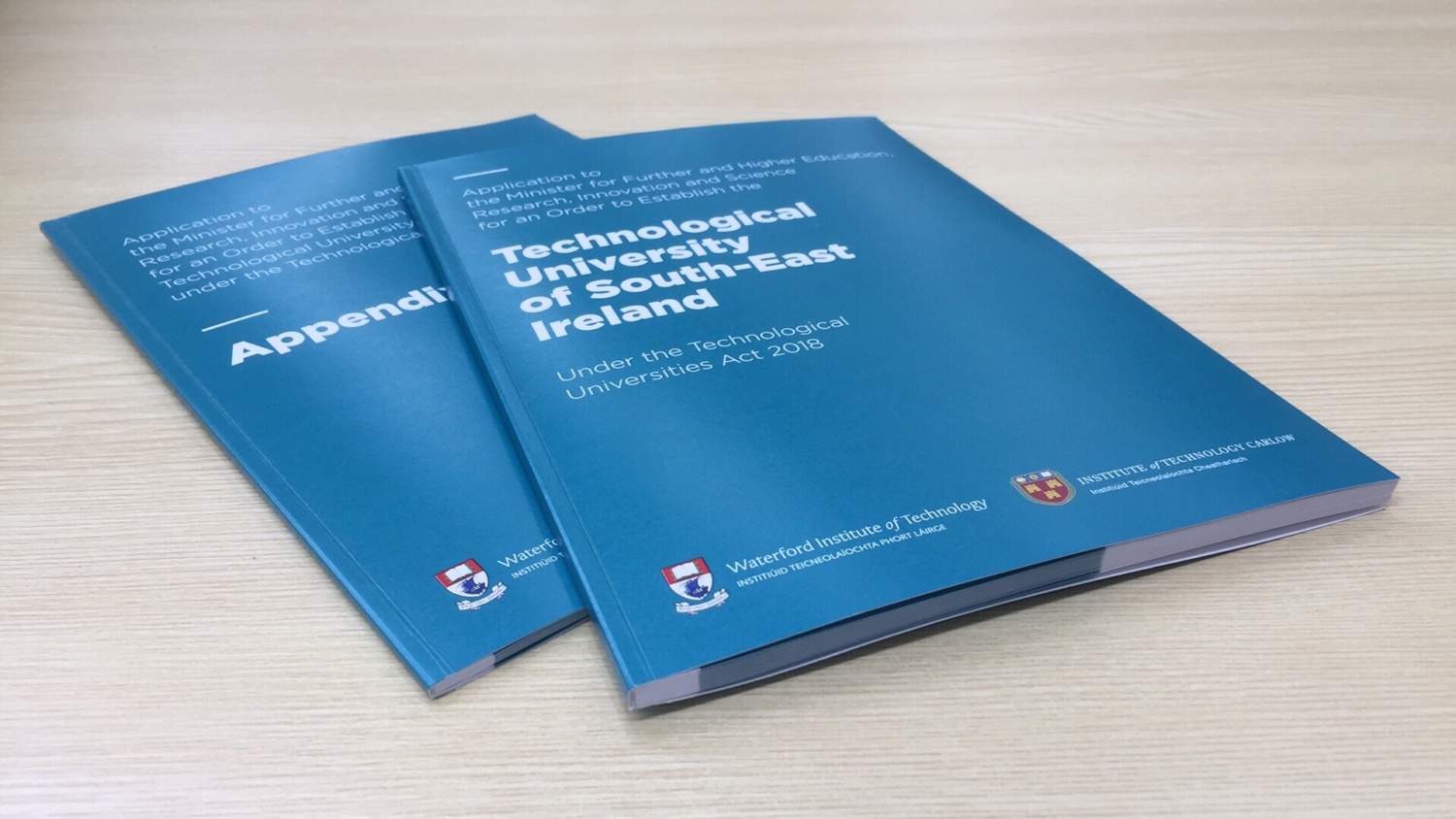 MAYBE it’s only those with long memories or an interest in Hollywood westerns who will recall the film, High Noon, starring Gary Cooper and Grace Kelly. The film had a great song, sung by Tex Ritter, called “Do not forsake me, Oh my darling.” Having looked at the news about Limerick and Athlone Institutes of Technology now granted Technological University status by Simon Harris, with campuses in Thurles and Clonmel, the full extent of the big lie sold to Waterford by some of our politicians is beginning to emerge. “Thurles now a university town” screamed social media. And why not? It’s a huge fillip for a small country town known to most of us for Semple Stadium and little else.

Tex Ritter, with apologies, sang, “We do not know what fate awaits us, we only know we must be brave and we must face the men who hate us, or lie like cowards, like craven cowards, or lie like cowards in our graves”! In my saner moments, I look at the tea leaves at the bottom of the cup and ask the oracle, who thinks TUSE is a good idea for Waterford and WIT? What shady back lane used car salesman is selling us this? How can a TUSE, spread over Waterford, Wexford and Carlow, compete and be the economic “gamechanger”… a word spewing from the mouth of politicians all over the place… this region and city needs? Why do we believe relativities have changed when Limerick, Cork and Galway now have two universities, a traditional high level one and a lower level Technological University, while Waterford will have, according to Simon Harris, a third of a TUSE? How does Prof Willie Donnelly of WIT or Ger Hurley of Waterford Chamber think this is a good idea? I have to believe that our politicians, Matt Shanahan excepted, see something in this hill of magic beans that is not obvious? Eighty years of effort by people in Waterford seeking university status, down the tubes for a mess of pottage.

‘Why do we believe relativities have changed when Limerick, Cork and Galway now have two universities, while Waterford will have, according to Simon Harris, a third of a TUSE?’

The world is full of pithy sayings to cover days like this. “The Mountain was in labour and produced a mouse”, seems apt enough, except that I feel like the Greek Cassandra; foretelling the future, but destined not to be believed.

This acceptance of TUSE demeans our city. It changes nothing. Waterford city has been fatally separated from what were once its peer cities. Never mind Dublin and Cork, these were never in play, Cork politicians could urinate publicly on Waterford City Hall and it wouldn’t even rate a mention in the national press, unless greeted with what Claud Cockburn’s famous headline once suggested, “Small earthquake in Chile, not many dead”!

Once we had some relationship to Limerick and Galway. There was a time when Waterford city was twice the size of Galway, not that anyone believes me. Now the disconnect and separation are growing. We may think Waterford is a city, but on what Irish criteria would we qualify for that? Where do we fit in the pantheon of Irish urban areas? Historical usage? Fine Gael and Phil Hogan destroyed that on us too while our political reps stood by and applauded. Will we in our TUSE, where the name Waterford cannot be mentioned for fear of upsetting Carlow or Wexford, will we, like Thurles and Clonmel, Sligo, Wexford, Carlow et al, focus on training what Pat Cox, former Limerick MEP, former president of the European Parliament and former UL and TCD student, smugly called “boiler suited academics”, while the real university sector pushes on unchallenged? Fine Gael politics is to Waterford what the poison the Russian KGB tips umbrellas with is to enemy spies.

Back in the real world, the saga over the old Waterford Crystal site on the Cork Road continues. A few weeks ago it was almost “bought” to increase the WIT footprint, but that hope has dissipated. Site owner Noel Frisby was to be heard on WLR saying that talks and plans were ongoing. He might forgive me when I say that the time for plans and talk is long gone. The building is wretched and disgraces the city as I am sure the owner is aware. If nothing is to be done with it then it should be demolished. The area around Kilbarry junction, near the Yellow House, reeks of urban decline and defeats efforts to present the city in a positive light.

Someone must take a lead and develop something other than houses in the city. We need dynamic leadership. That is something that would have been understood by the late Martin Breen, who died last week. Mr Breen would be known to many people as the owner of Garvey’s pub in Ballytruckle. He came of a family which in the 1940s to 1970s was completely identified with the development of this city. The family originally started with a small guest house in Bridge Street opposite the Dominican Friary and went on to develop shops, supermarkets, cinemas, hotels and drapery stores with the Dublin-based Winston family across the south and east of Ireland. They were a dynamic family.

The same could be said for the Torrie family who owned and developed the London and Newcastle Tea Company, better known to us all as the L&N, shops and supermarkets across the south of Ireland. Both the Breen and Torrie family business empires are no more. Maybe the days of those merchant princes are past, but local business people with resources (and they do exist) have to take up Waterford’s challenge.

The world post Covid will be different than what went before. Members of our city council have called on the council executive to take measures to improve footfall and urban vitality in Arundel Square and elsewhere. The council has led the way with massive investment in the public realm and some small businesses have followed. But Waterford business owners sitting on undeveloped property is all too common, waiting to cash in on a property value increase, rather than investing to drive the place on.

We have allowed investors like Wetherspoon to create massive development inertia in Broad Street and Arundel Square by sitting for years on five or six properties with full planning permission, while doing nothing.

Our city council is not blameless either although it has in fairness often been the developer and purchaser of last resort when our “dynamic” business sector sat on its resources. The site of the Phoenix Yard market in O’Connell Street has been empty for 51 years since the old Stitchcraft shop was demolished. The site of a burned out building in Thomas Street has sat undeveloped for 10 years. The council promised five years ago to develop small infill housing in Summerland Square and on a garage site opposite government buildings in the Glen, but nothing has happened. As we move to reopen business and commerce post Covid, the time has come for the investment made by council in the urban realm in Michael Street, Broad Street, Arundel Square and the Applemarket to pay off. Urban areas all over the country are pedestrianizing spaces for outdoor eating and similar uses. Waterford was way ahead of the posse in this regard. Let’s see the private sector step up to the mark!