Ellen DeGeneres announces her chat show will end after 19 years 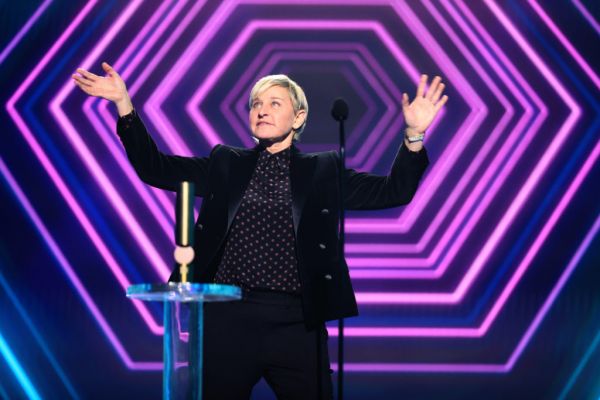 Ellen DeGeneres has announced her talk show will end after 19 years, following controversy over an alleged toxic environment on set.

The American TV host, 63, said in an interview with The Hollywood Reporter she was moving on because the programme was “just not a challenge anymore”.

According to the publication, DeGeneres had been considering the move for several years and informed staff of her decision on May 11.

She will sit down on Thursday May 13th with NBC News Today co-anchor Savannah Guthrie for her first television interview since the announcement, before long-standing friend and fellow talk show host Oprah Winfrey joins her on her own show.

“When you’re a creative person, you constantly need to be challenged – and as great as this show is, and as fun as it is, it’s just not a challenge anymore,” DeGeneres told THR.

Last year DeGeneres, one of the most high-profile figures on US TV, apologised to staff after an internal review by Warner Bros found “deficiencies related to the show’s day-to-day management”.

The review was launched following reports of a toxic work environment on the programme.

The comedian and actress has historically been known for her bubbly on-screen persona and “be kind” mantra, often taking part in lavish giveaways or acts of charity.

Addressing the claims, DeGeneres told THR: “It almost impacted the show. It was very hurtful to me. I mean, very. But if I was quitting the show because of that, I wouldn’t have come back this season.

“So, it’s not why I’m stopping but it was hard because I was sitting at home, it was summer, and I see a story that people have to chew gum before they talk to me and I’m like, ‘Okay, this is hilarious.’

“Then I see another story of some other ridiculous thing and then it just didn’t stop. And I wasn’t working, so I had no platform, and I didn’t want to address it on (Twitter) and I thought if I just don’t address it, it’s going to go away because it was all so stupid.”

In December 2020 DeGeneres tested positive for coronavirus but said in a statement she was “feeling fine right now”.