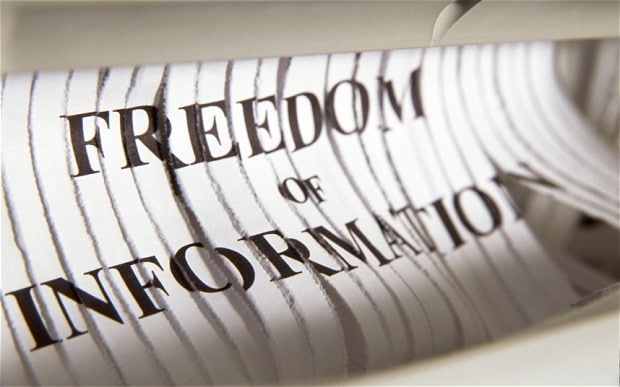 The View from the Blue from Waterford News & Star, May 11 edition.

Part one is located here

I RAN out of space last week so for the second column in a row, it becomes a two parter. Following on from my discovery that the Department of Higher Education were heavily involved in the appointment of Tom Boland and Ellen Hazelkorn – despite saying that they didn’t have anything to do with it – it was confirmed that the colleges who hired the consultants broke European procurement rules in the process. The next step was to see if the Munster Technological University did the same.

The problem was, they weren’t giving me the full story, not even half of it in fact. You see there were documents on the college websites – in the public domain – which showed that Boland and Hazelkorn had already been hired by the colleges to help drive on the Technological University. Two familiar things were happening again – (1) Information was being withheld from me and (2) Consultants who were very well known by the Government were being hired without adherence to the rules.

I went back to MTU/Cork Institute of Technology asking them if they were sure that they had given me all the documents. A week or so later, some more documents were sent to me but there was still a significant amount of them withheld. For those interested, it looks like what has happened in the case of both TUs is that someone in the Department of Education strongly believed that Tom Boland and Ellen Hazelkorn were the people needed to make Technological Universities happen. They cared so much about this in fact that they made it a condition of the TU application that the colleges “engage the support of external experts having specialist expertise and knowledge of higher education”. Isn’t it interesting that the same people who set those conditions, also suggested the “experts”?

Anyway, the colleges hired Boland, possibly thinking that they had the permission of the Government (who really had no authority to give that permission), and the MTU application got over the line (in the same way that the TUSE is probably going to).

I didn’t like how the whole thing was being rushed through, without any assurances for WIT, one of the finest third level institutes in the country. I wasn’t happy about how something we had been fighting for, for almost 100 years, was being taken away from us in the most underhand of ways. This is why I issued the FOI requests.

I asked the Freedom of Information Commissioner if there were any repercussions for Departments that did not comply with FOI rules… for Departments that withheld documents. I was told that there was none… no repercussions at all. They can literally do what they want with FOI requests, including, but not limited to, completely redacting them. This makes my blood boil as I genuinely thought that FOIs were our first line of defence against public wrong doing. It now turns out that we’re completely defenceless.

While I’m at it, you might remember a few years ago I wrote a story about credit cards in Waterford City & County Council. In 2016 they used 80 credit cards to spend almost €900k – a lot of the money was spent in pubs, hotels and restaurants. The Government Auditor warned CEO Michael Walsh that this was a practice that needed to be reigned in. Mr Walsh said that new measures would be introduced to control the cards better. Three years later, there were no longer 80 cards in use, there were now 140 and instead of the spend being €900k, it was now €1.6m. Like with the first batch of cards, I issued an FOI requesting all of the statements to see how they were spending such a large chunk of our money. The first time around the FOI request was handled promptly and efficiently and I received all the statements. This time around, they’re looking for at least €1,600, as it will take quite a lot of time and work to copy all the statements. As much as I understand that these things can take time, is this not what an FOI Officer should be doing? Maybe some financial input is needed from the person making the request, but €1,600? What hope do we have of holding anyone to account when they put so many obstacles in front of us?