Brothers jailed for harassment of Rathfarnham family over sons’ debt 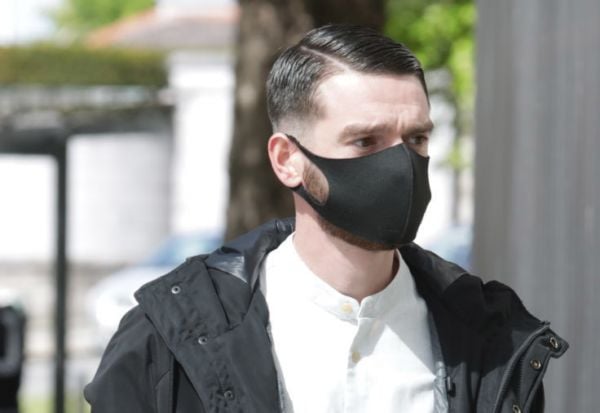 Two brothers who harassed a family to the point where they felt their home was “under siege” because of a debt they said the victims’ son owed have been jailed for a total of six and half years.

Karl (27) and Cian (30) Hughes of Castleknock Meadows, Laurel Lodge, Dublin 15, pleaded guilty at Dublin Circuit Criminal Court to harassment of the Kennedy family at their home in Rathfarnham on dates between April and September 2019.

Cian has six previous convictions including one for drug dealing, while Karl has no convictions.

Garda Peter Finnan told Kieran Kelly BL, prosecuting, that the Kennedy family had previously paid €15,000 to a man after their son Cormac told them in May 2018 that his life was in danger if he didn’t pay a debt he owed.

He said he had been “let down by a business partner”, who owed 50 per cent of the debt, but that man had left the country.

The family took out loans to raise the money because they were concerned for the safety of the people in the house including their elderly grandmother who lived with them.

The family assumed that was the end of it. The grandmother passed away in March 2019 and Karl Hughes first called to their home the following month. The initial visits were without incident.

Gda Finnan said two weeks after the grandmother’s funeral Karl Hughes called to the house and asked for Cormac. Ms Kennedy later told gardaí she could hear the conversation between her son and Karl Hughes getting heated and she realised her son “could be up to his old tricks”.

After that meeting Cormac took a backpack and his passport and left the house. He has not returned to live in the family home since.

Gda Finnan said days later Karl Hughes returned to the house and that was when the harassment began. He said Cormac owed him €8,500. He threatened the family and said he would call again with re-enforcements.

The court heard that Karl called to the Kennedy’s home on five occasions and his brother Cian was with him on three of those occasions.

During the sentence hearing CCTV footage from the Kennedy’s home was played to the court where Karl Hughes can be seen banging loudly on the door and demanding the money Cormac Kennedy owed.

Deirdre Kennedy read her victim impact statement into the record during which she said the family were in the process of grieving when the threatening behaviour began.

“From April to September the house was under attack and turned into a horrific battleground,” Ms Kennedy said.

She said that instead of being a place of refuge from the outside world they “experienced total terror and felt under siege”. She said it was utterly frightening and described the “complete and utter fear” she experienced when she saw her front door being charged at during one of the incidents while she was at home alone.

She described how during that attack on the house her fingers were shaking so much that she couldn’t unlock her phone to call the gardaí, which she said proved to her that “fear can freeze your most basic reflexes”.

Ms Kennedy said that the harassment her family experienced was something “more usually viewed on television than experienced in reality” and said none of her friends, family and neighbours experienced such crime.

She said the family were at a complete loss as how to stop the harassment but because of “the pervasive sense of threat and menace” they felt they ultimately had “no option” but to make a complaint to the gardaí.

Ms Kennedy described how her youngest son who was living at home with the family was no longer able to sleep in his bedroom at the front of the house, nor was he able to play on his game console in a room at the front of a house because of the fear he experienced from the visits by the brothers.

She said he stopped mixing outside of school, refused to invite his friends to their home and has been attending counselling.

Ms Kennedy said both she and her husband experienced medical problems and had to take extended sick leave from work. In both cases the medical professionals concluded that their difficulties were due “to the overwhelming stress levels of living under siege conditions,” she said in her statement.

She also outlined how the family were advised by gardaí to increase the security around their home which they took out a credit union loan to finance, but she said she and her husband ultimately decided to sell their home and move away.

“It was a tsunami of fear that overwhelmed us constantly. We lived in a suspended existence dominated by the fear of the unknown,” Ms Kennedy continued and added that deaths threats were issued against her son and her family and marriage were “under an almost unbearable strain”.

Kate Hughes, the sister of Karl and Cian Hughes told Keith Spencer BL, defending Cian Hughes, that she has been working with both her brothers to help them deal with mental health issues they are both experiencing.

She works as an educational psychologist and outlined the various difficulties both her brothers experience.

She said Cian has a four-year-old son and he is actively involved in his care. “He is keeping himself busy helping his son and taking an active role in supporting him,” Ms Hughes said.

She told Oisín Clarke BL, defending Karl Hughes, that he has been struggling for a number of years with depression but is now stable on medication. He was not taking his medication at the time of the offence and he was abusing alcohol.

The court heard that Hughes came from a very respectable family and had both been well-educated at Belvedere College.

Karl has studied at the National College of Art and Design and hopes to pursue a career in furniture design, Mr Clarke told the court.

Mr Spencer said his client has matured greatly since the birth of his son and said he is involved in local sports teams and much more “wholesome pursuits” since his arrest.

Judge Martin Nolan jailed Karl Hughes for four years and Cian Hughes for two and half years, after accepting evidence that Karl was the ring leader and that Cian followed.

“I am aware that it is probably unlikely that they will re-offend but this behaviour cannot be tolerated,” Judge Nolan said before he ordered that the brothers should “not contact the Kennedy family in any way, forever”.