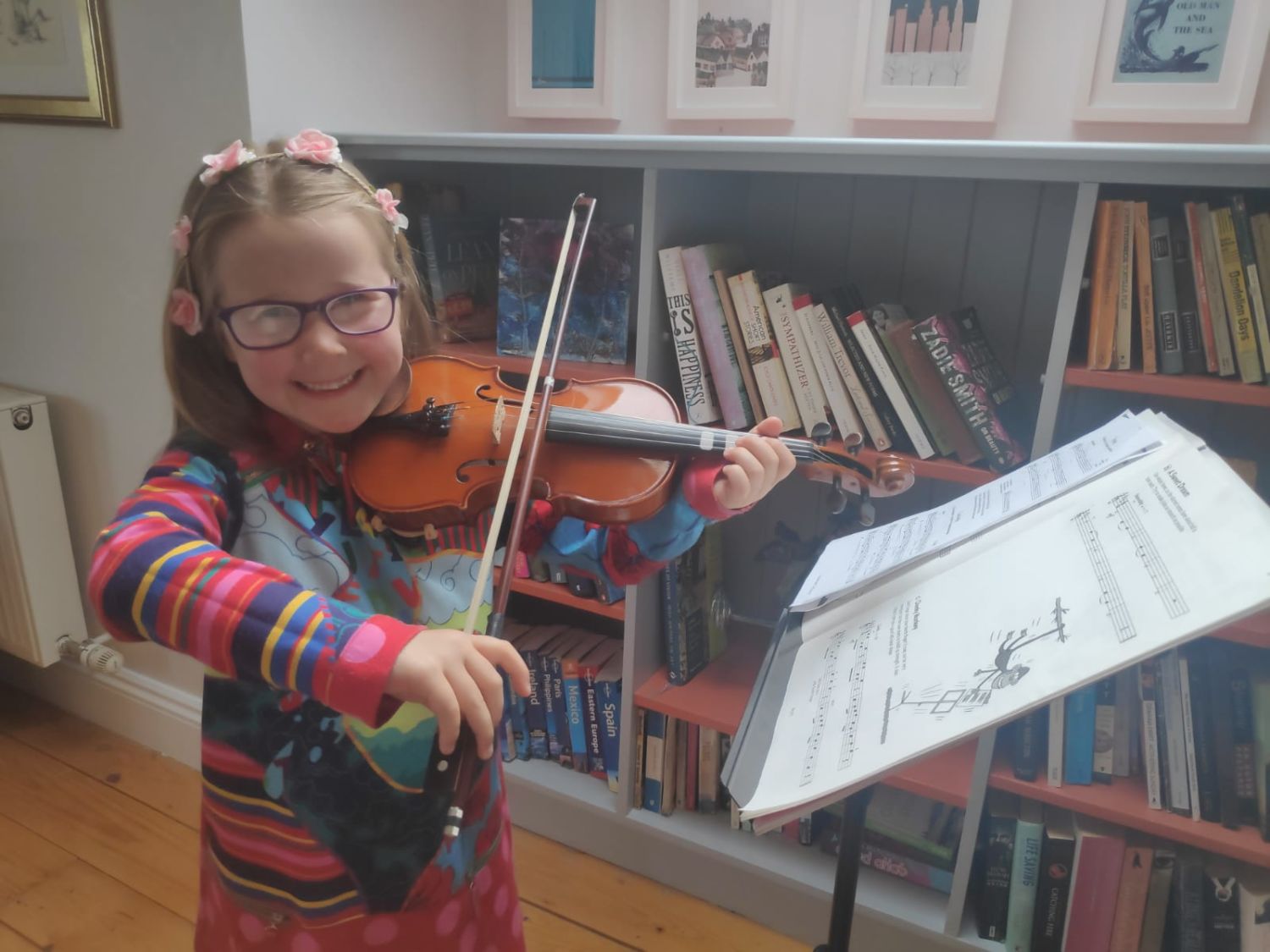 Saoirle Dennehy performing at the Zoom festival of junior orchestras.

EVERY now and again, a concert comes along that has the ‘ahhhh’ factor and last Sunday night’s teatime extravaganza from the Irish Association of Youth Orchestras certainly hit the nail on the crochet.

Normally, the IAYO are heading to the National Concert Hall for a top-quality performance from the top youth orchestras in the country. The WIT Junior Orchestra has performed quite a number of times and each performance is a sharp reminder of the importance of the WIT Music School to the musicians of the region. Learning an instrument is never enough unless some element of public and participatory performance is involved and, over the last four decades, the WIT Music School has reached out to the region to provide this. Remember Churchill’s sharp rebuke to criticism of his funding of the arts during WW2?… “what are we fighting a war for if not for this?” It’s a comment well-worth remembering as we debate the future of WIT and the place of the music school in the new TUSE university debate.

I was delighted that the concert was aimed fairly and squarely at the young members who did everything. The virtual programme was packed with pictures of the young players, their pets and their paintings and a very detailed programme of the concert and the performers.

The young performers introduced the pieces, told the cheesiest of jokes… a bunny’s favourite music? why it’s hip-hop, of course… name a fairy who doesn’t wash, obviously, Stinkerbelle… why did the man run around his bed? well, to catch up on his sleep, don’t you know!

There were shout-outs to grandparents, uncles and aunts and to Zoomers-in from Lithuania, Poland, Australia, Austria, Brazil, UK, France and India. My six-year-old granddaughter Saoirle Dennehy told her class that she had performed in a concert to the world! What a boast!

Some of the young performers introduced us to their pets. Dogs, cats, turtles, calves, goats, bunnies, hamsters, guinea pigs, chickens. And… even a snake called ‘Shadow’, would you believe? That slid along the finger-board of Fiona from Athenry’s fiddle. And did a double-take into the camera! All up-stagers are snakes, anyway!

The programme was very enjoyable. ‘The Tiger Who Came to Tea’ arrived complete with narration from Raphael Kelly and orchestration that came from practice pieces – especially Suzuki compositions – that young performers learn and that ends up in a lively foot-tapping Allegro.

The concert ended in a fanfare of sound with the final movement of Beethoven’s Fifth Symphony that was introduced by the ultra-confident Hannah from Waterford who managed to thank all the right people and send the movement on its way.

This was a clever way to round off a difficult year for the young musicians who have been learning by Zoom for quite some time now. Hopefully the new academic year will see a return to more traditional lessons for the young players.