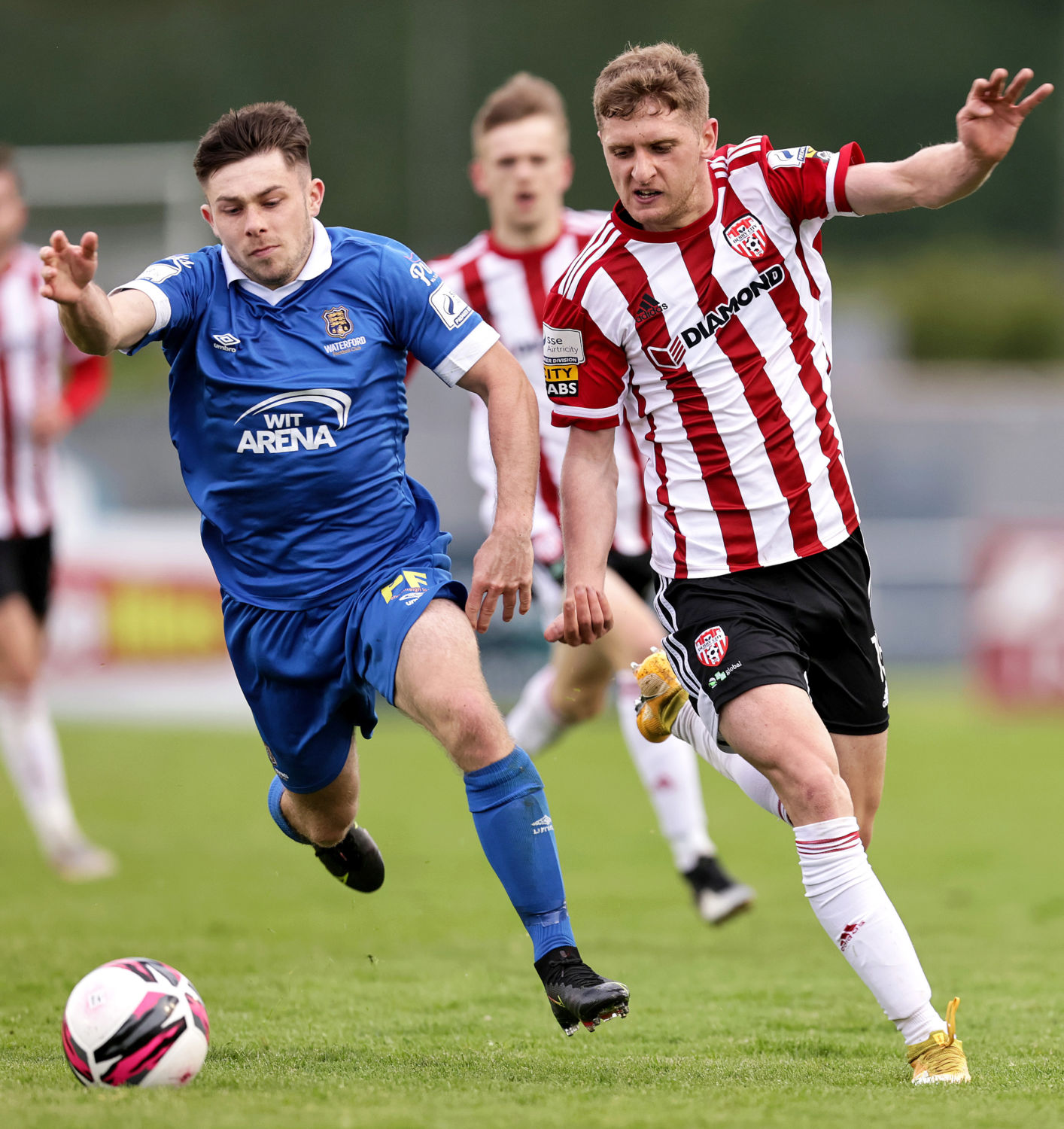 Waterford FC’s Adam O’Reilly trying to get away from Derry City’s goalscorer Ronan Boyce at the RSC on Friday night. Photo: INPHO/Laszlo Geczo.

Marc Bircham’s reign as Waterford FC manager ended in a narrow 1-0 defeat at the hands of Derry City in their SSE Airtricity Premier Division clash played at the RSC last night with Ronan Boyce the hero for the visiting side.

With the Blues depleted once again due to continued Covid 19 issues within the camp, they were outplayed by Derry in the first-half, but Bircham saw improvement in the second-half for his side without getting an equalising goal as they suffered a tenth defeat of the season.

Derry took the lead on three minutes when goalkeeper Brian Murphy gave away a needless free-kick out on the left that saw Will Patching whip in a ball to the near post, and Ronan Boyce powered a close-range header to the net.

Patching went close to adding to his side’s tally midway through a half that Derry dominated when his cracking free-kick on 25 minutes was saved by Brian Murphy with the netminder also doing well to keep out his effort from distance five minutes later.

Waterford’s only chance of the half came three minutes before the break when Darragh Power was brought to ground 20-yards from goal by Eoin Toal, but Shane Griffin saw his free-kick superbly turned around the posts by keeper Nathan Gartside.

Adam O’Reilly should have done better with a free header on 58 minutes when he failed to hit the target from six yards after a Jamie Mascoll left-wing cross before John Martin had a header after a Mascoll delivery blocked by Cameron McJannet ten minutes later.

Although Waterford were much improved in the second-half, they couldn’t find an equalising goal with the closest that they came to doing so coming on 83 minutes when Jamie Mascoll shot straight at Nathan Gartside inside a crowded penalty area. 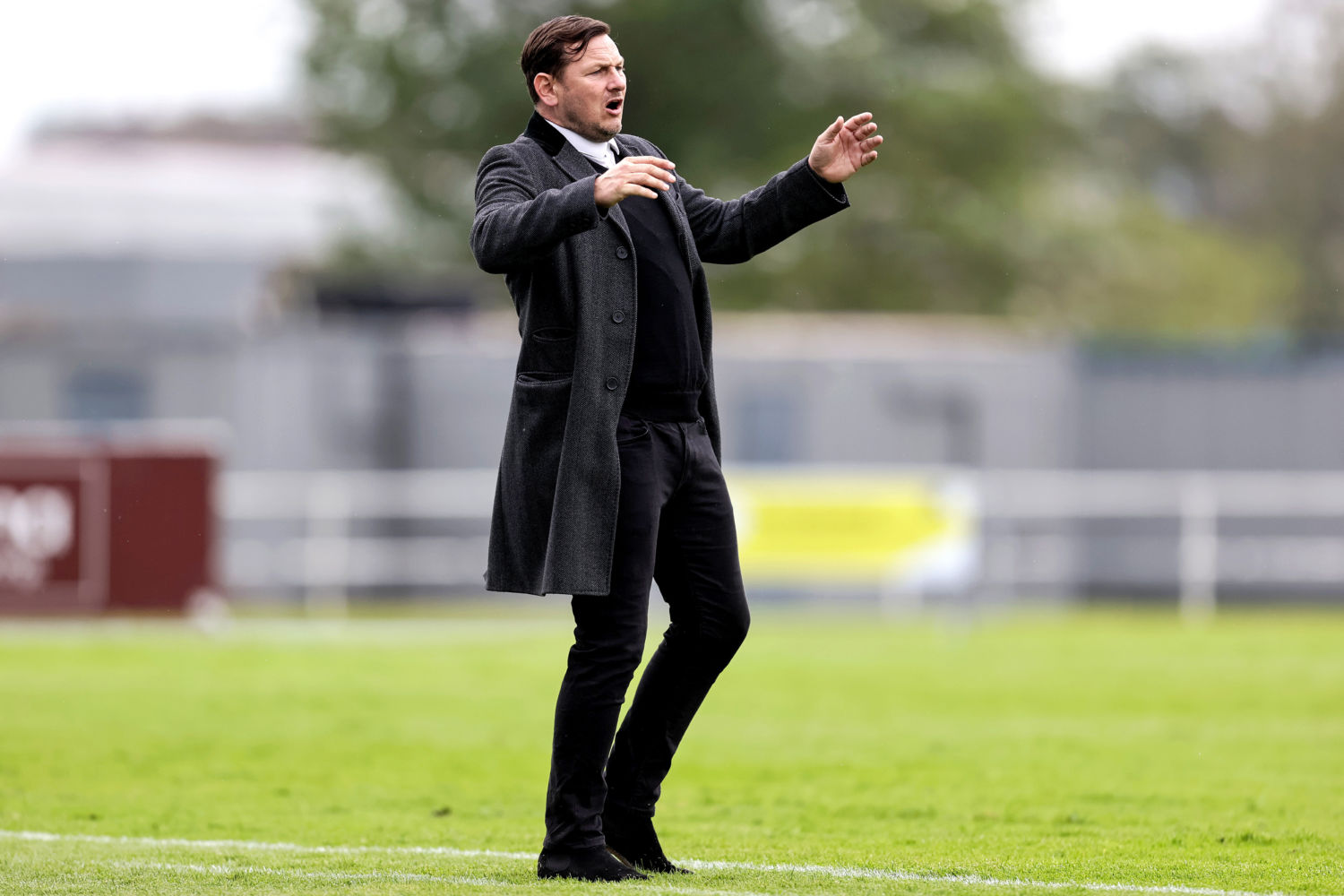