Waterford find their rhythm to take down the champions 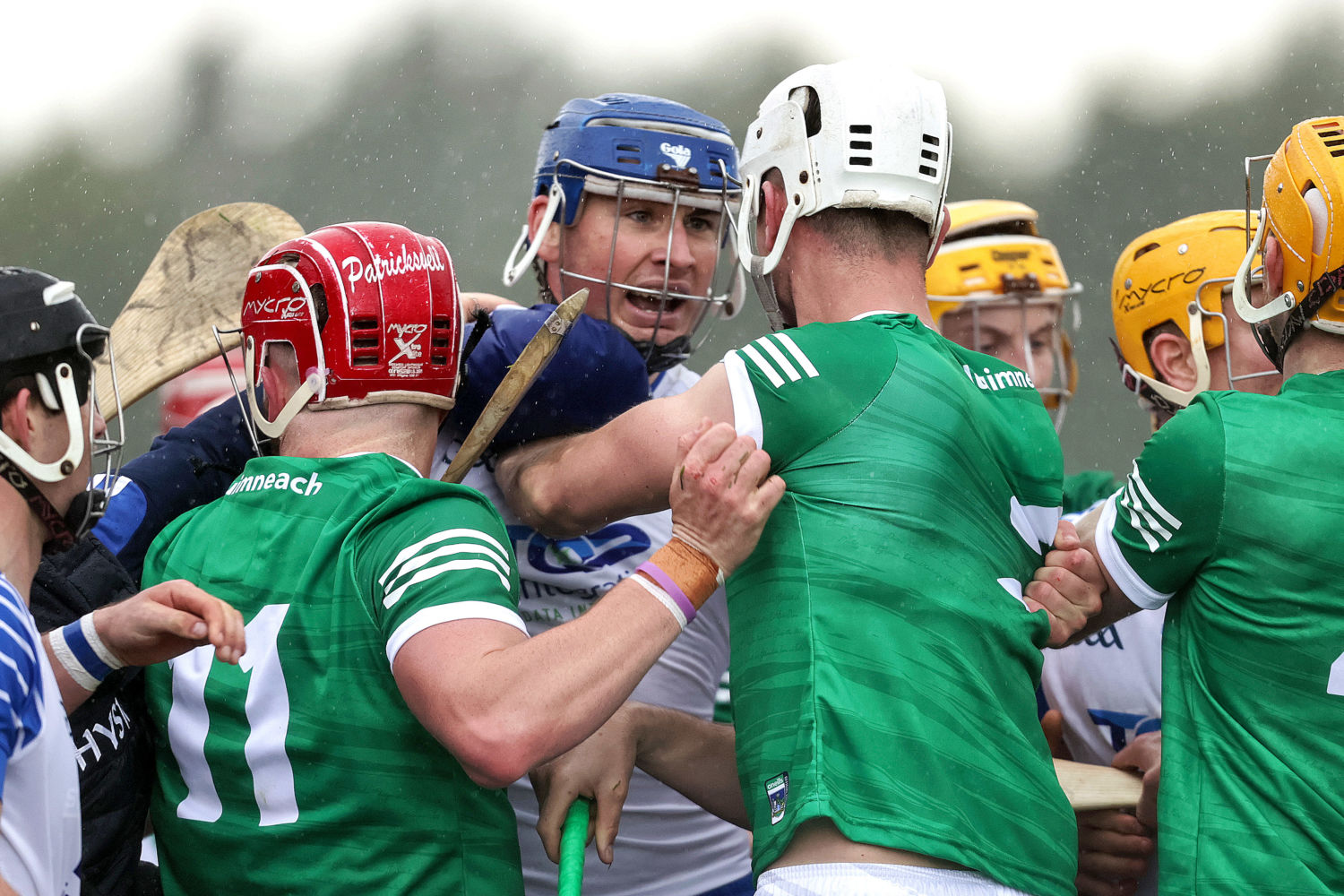 REVENGE? Sort of. The only true retribution for last December’s All-Ireland Hurling Final defeat will be for Waterford to do onto Limerick what Limerick did onto Waterford at Croke Park. There’s no escaping that.

But considering this afternoon was the first chance Waterford got to flex their muscles against the League, Munster and All-Ireland champions in 2021, let’s not underestimate today’s National League win too much either.

After a slipshod finale at Páirc Uí Chaoimh and a far from routine win over Westmeath last weekend, the Déisemen knew they were going to have to rifle through the gears against the game’s standard bearers.

And while they rose slowly from the blocks, trailing by four points at the end of the first quarter and by five come the interval, a disciplined second half showing full of craft and power saw Waterford outgun Limerick by 1-14 to 0-9.

With 10 different players contributing scores, and five doing so more than once, Liam Cahill’s men produced the sort of spread the modern game now demands of any team with genuine title intentions.

It is no longer sufficient to rely on a tested free taker and at least one other in-form forward who between them may have been traditionally accountable for almost 80 per cent of a team’s scoring tally. The threat can no longer solely rest on those playing with double figures on their backs.

And seeing Calum Lyons in such superb form, with Iarlaith Daly and captain Conor Prunty popping up in unexpected positions, this added ingredient is likely to form a vital element of Waterford’s Championship strategy.

And while Jack Fagan’s goal was the only three-pointer registered today, it was clear that Waterford were intent on trying to prise open the Limerick defence and get Nickie Quaid up off his heels.

Kieran Bennett could well have goaled with Waterford’s first meaningful attack while brother Stephen saw a rasping shot cannon off Quaid’s left-hand post in the 46th minute. And those attacks, when they came, were not borne out of desperation, with Austin Gleeson, Stephen Bennett and Jamie Barron all attempting to free up space for deeper positioned team mates.

A truncated season leaves precious little time for shadow boxing. Established players and aspirant starters alike want to make their intentions clear to their respective managements – take Patrick Curran’s superb contribution from the bench as a prime example of that.

In turn, Liam Cahill knows only too well that another atypical campaign does not leave a surplus of time for him to rewrite a game plan completely removed from what served him so well last year. But he knows he can’t afford to stand still either, which is why Waterford’s greater attacking threat from the deep proved such a welcome feature today.

Not only that, but the protection afforded Billy Nolan this afternoon was utterly removed from what he received in the League opener against Cork.

Limerick didn’t produce a goalscoring opportunity until the fringes of second half injury-time and when Pat Ryan struck, Nolan was equal to the task.

On top of that, Waterford restricted John Kiely’s charges to just nine points from play, while registering 1-14 of their own at the opposite end. So what Waterford did in defence today was surely as noteworthy as what they produced from an offensive perspective.

And, to this observer’s eye, Waterford were also a touch more physical this afternoon than they were in either of last year’s Munster and All-Ireland Finals. That fight must also be taken to Limerick by anyone who aims to dislodge them this summer so that was also a source of encouragement.

How upset will John Kiely be? I suspect he might he more annoyed to have finished the game with 13 players than he was in losing the game itself. That he withdrew Aaron Gillane with four minutes of regulation time remaining while the game was still in the balance suggests he’ll not be losing too much sleep over this reversal either.

However, his team is now without a win in three League outings and that’s obviously a run he will want to end promptly, even if his side now cannot retain their NHL title.

As Liam Cahill, sheltered from the post-match rain under the stand pointed out: “Limerick have lots of big names to come back. There was no Gearoid Hegarty today, there was only Will O’Donoghue for maybe 20 minutes and there’s plenty more players there as well that are going to come back for Limerick so no-one is going to be under any illusions here as to who is still the front-runners for this year.”

Cahill will know his team produced their very best hurling against 14 players today but he needs no reminder of how tough the game gets when deprived of your full complement. Yet he’s entitled to reflect on a job well done given that his team produced a few additional dashes to last year’s mix.

Waterford aren’t standing still. And that’s just how it should be in Year Two under so talented a manager.