Patrick Bamford: Leeds are ‘getting better and better’ under Marcelo Bielsa 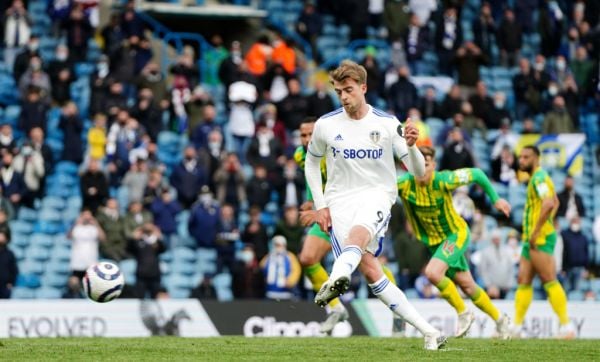 Leeds secured a ninth-placed finish in their first season back in the Premier League following a 3-1 win against relegated West Brom at Elland Road on the final day.

Bielsa’s side lost just one of their last 11 matches and only Liverpool collected more points in the top flight during that period.

“We’re getting better and better the more we work under Marcelo and while it is hard and very demanding, the boys love him, everyone is so appreciative of what he has done for us and the team,” Bamford told the club’s official website.

“As a team we couldn’t have really asked for more, what we have done in our first year back in the Premier League, it really is quite special.

“That’s testament to the boys and the coaching staff, everybody has put so much work in, so we’ll have a well-deserved break.”

Bamford converted his 17th league goal of the season from the penalty spot after Rodrigo’s header and Kalvin Phillips’ free-kick had given Leeds a 2-0 half-time lead.

“It was good, we wanted to finish on a high,” said Bamford. “There was a little bit of sloppiness at the end from us which gave them a goal, but apart from that it was a good performance.”

Leeds played in front of their fans for the first time in over 14 months and Bamford added: “Everyone went out there and enjoyed it with it being the last game of the season and we wanted to put on a display for the fans.

“I know there were only 8,000, but it was a great noise and it’s going to be great when everyone is back in.”

West Brom, whose immediate return to the Sky Bet Championship was confirmed two weeks ago, are in the hunt for a new manager.

Departing boss Sam Allardyce said after the defeat to Leeds his successor would inherit “a very talented Championship squad” and defender Conor Townsend said they were determined to bounce straight back.

“The Premier League is the best league in the world and I don’t want us to be out of it for long,” Townsend told the club’s official website.

“Everyone in that dressing room will be determined to hit the ground running next year.

“We’ve got to use the experiences we’ve had this year, both good and bad, and put them to good use for the start of the new season.

“We’ve got a big year ahead of us and we want to bounce straight back up.”