Bircham hits out at the Blues’ Covid situation 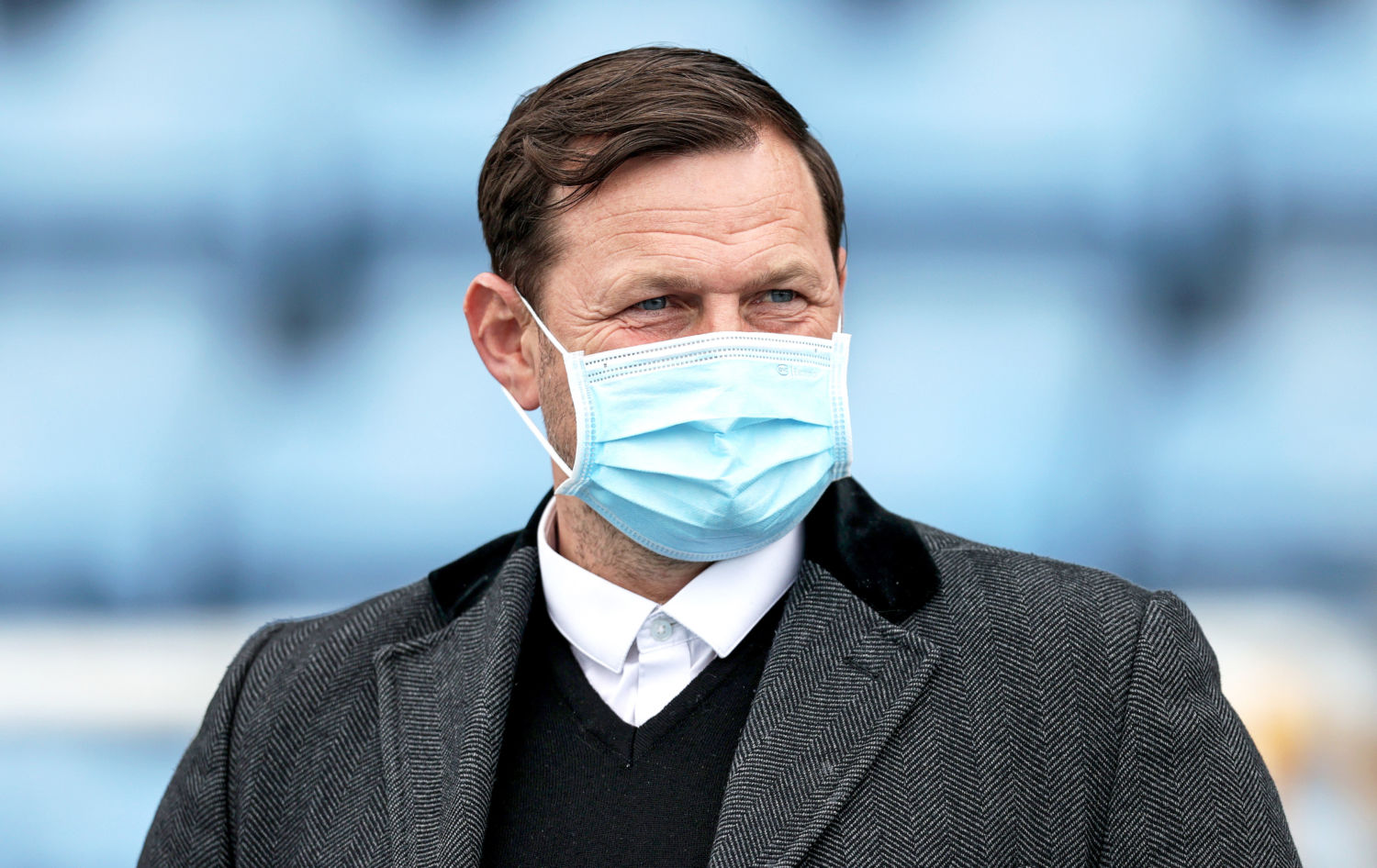 Marc Bircham is struggling to get to grips with the Covid 19 saga that has besieged the Blues over recent weeks and continues to do so. Photo: Inpho.

Waterford FC manager Marc Bircham has hit out at the fact that some of his players will have to quarantine for a further 17 days on the back of a Covid 19 saga that has gripped the club for the last three weeks with up to six players ruled out of action as a result.
The new Blues boss has inherited the consequences of players attending a party that saw the Blues forced to play an Under 19 team against Drogheda United and handing Sligo Rovers a walkover in the week of his arrival in the country. But the last two games has seen him miss a host of players due to Covid issues.
Bircham was speaking after witnessing his side lose out 2-1 against Finn Harps in the SSE Airtricity Premier Division last night (Monday) where the Blues conceded two goals in the space of a minute after going in front thanks to Jamie Mascoll’s third minute strike.

‘ANOTHER 17 DAYS IN QUARANTINE’
Speaking after the game, Bircham said, “I think that this whole Covid situation has been strange, and I’ve tried not to make excuses about it, but literally we have players that have tested negative every test that they’ve done, and they’ve not been allowed to play. They’ve another 17 days that they’ve got to do in quarantine, which is something I don’t understand.
“The lads that have tested positive I’ve been texted to say that they can come out and train so when they come out and train, the HSE say that they can’t come out and train with us. They all need Covid 19 tests again, and it’s just so hard on the lads.
“If we had a few more fresher legs to come on it would have been different, but we haven’t, and I’m just gutted for the lads because they have just gave everything out on that pitch. That’s all I can ask. Yes maybe they could have done better with a couple of the goals, but making decisions when your fatigued, you don’t get a lot of them right. I think that’s what showed tonight.”

SOME POSITIVES
“The positives that are there is that there is a real belief that once we get fitter and we can play our way that we can get off the bottom of this table. I don’t have a clue whether I’ll have those players for Saturday. It’s a lottery. You know more than me. I don’t know.
“We’re waiting on texts off the government, and we’ve got to plan the way it’s gone that we’re not going to get any players back for the game against Bohs on Saturday. If we do get any players back, they’ve not trained in nearly 20 days so they’re not really fit to play football.
“You wouldn’t have a player coming in from doing nothing in 20 days so we’ve just got to try get through this last game before the break and hopefully we’ll have a squad back together to give it a right push for the rest of the season.”