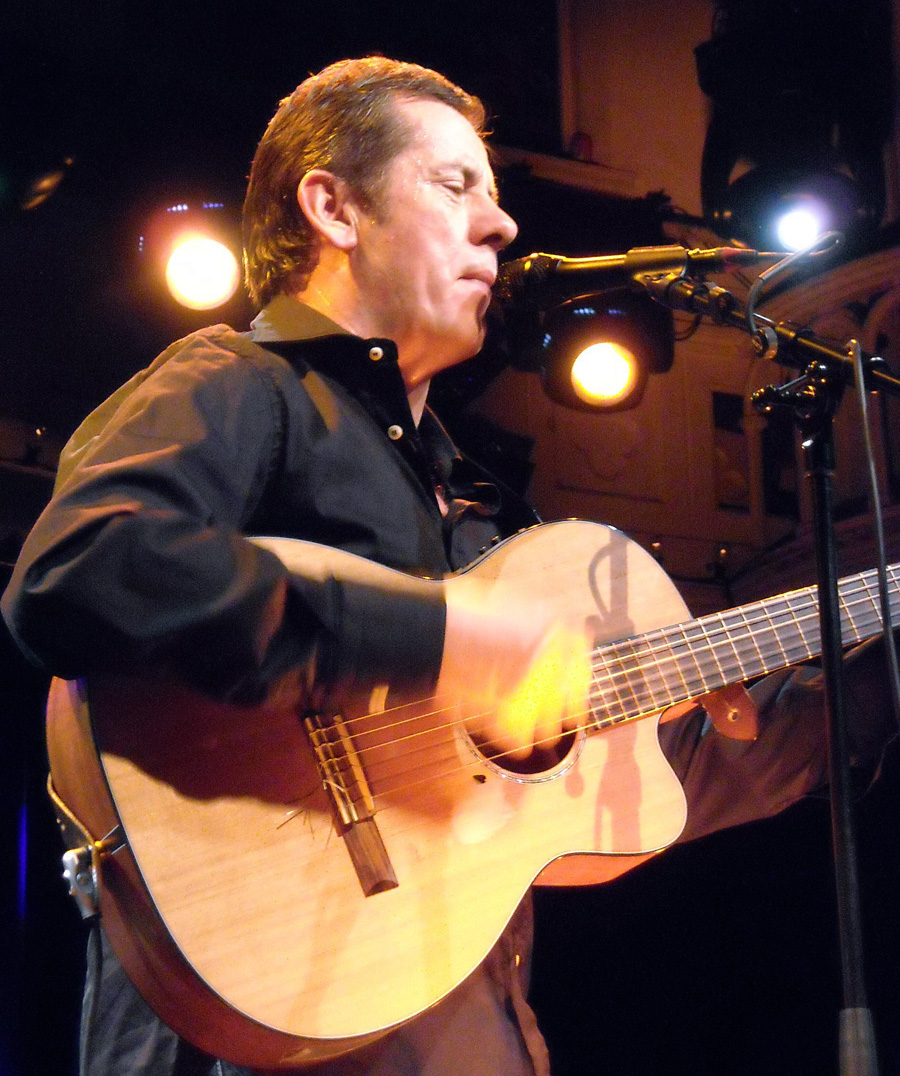 AS we inch our way back to a more normal life, it’s exciting to think that we could have our freedom fully restored soon enough. If nothing else I hope we’ll all appreciate everything a whole lot more when it is.

I’m very much looking forward to the first gig I can attend. I’m guessing it will be a slightly more emotional affair for artist and attendee alike than any time previously. I’ve got my Horslips tickets for the Theatre Royal the last two years so that’s long overdue, but another performer I sincerely hope I get to see soon is Luka Bloom. Not just because his music is wonderful, heart warming and altogether moving, and not simply because his guitar playing is a joy to listen to, but he’s a heck of a likeable chap.

Luka Bloom first appeared on my radar back in the early 90’s and subsequently I became familiar with songs like “I Need Love”, “I Believe in You” and “The Man Is Alive”. I wasn’t immediately aware that he is in fact Christy Moore’s brother and he had changed his name from Barry Moore to Luka Bloom. ‘Luka’ was drawn from the Suzanne Vega song of the same name and he chose the last from the James Joyce character in Ulysses.

I first saw him playing in the Mansion House in Waterford, a now legendary venue where so many of the best bands and artists in the country played. I met him at the now infamous Fleadh Mór festival in Tramore when he popped in to WLR’s OB unit for a chat. A most unassuming and friendly chap, no airs and very down to earth and I came across him again after his show in the Theatre Royal some years ago. While he signed a CD for me in the foyer we even momentarily chatted about the upcoming prospects of the Déise and his native Kildare in the GAA. How nice to meet artists who are happy to engage and spend some time with the punters. I got the impression he’s just a guy who loves his music, loves performing and is very much at home with people.

This came home to me in particular as a result of an open letter he penned to Hot Press magazine a while back. Not so much a rant as an explanation as to why he wasn’t streaming his then new album ‘Bittersweet Crimson’ on the various platforms. In short, being as we were in the throes of Covid 19, he wasn’t making a button from them and wanted people to instead buy his music directly from his own website. He said at the time the only stream he was interested in “is the stream of moola making its way into my bank account via www.lukabloom.com”. Fair point indeed and why shouldn’t artists benefit from their labour?

It’s really difficult for musicians at the moment no matter how gifted. In his letter he was refreshingly honest. “I am a 65 year old solitary man, living alone in a rented house in North Clare. And very happily so. My life is simple, and it is amazing.

The world owes me nothing. And I expect nothing. Because, I get to sing. I am as vulnerable and as scared as everyone else. My path to poverty is the same as everyone else’s.” That really struck me.

As a small show of support I went to his website and purchased a couple of albums, including his latest, written in lockdown and his first instrumental album, ‘Out Of The Blue’, all recorded at his home. As I listened to the opening of the very first track, I knew I had a winner and I was not disappointed; sheer beauty, delicate playing and a treat for the soul. “The Mountains of Pomeroy” is a gem but the whole album is well worth a listen. It would be a shame for this record to go unnoticed.

With little or no income, the music world needs us now more than ever.

There are singers and bands out there that could use help right now and whoever you enjoy listening to and whoever has brought a little pleasure to your life, maybe you might consider buying the odd album or some other merchandise. I’m sure it would be greatly appreciated. If you can at all, please go to the trouble of seeking out individual websites rather than the big downloading platforms. The payouts to the musicians seem to be very slim from those big companies.

For some, doing impromptu sessions online during the restrictions has given them a welcome outlet but it’s not for everyone. In recent interviews, Luka Bloom spoke about how he just wasn’t at home performing without an audience in front of him and had even stopped singing in the house, preferring instead to just play his guitar. Mind you, when you play with his undoubted brilliance, I’d pay just to hear that. He obviously misses live gigs massively and when touring is in your blood, there’s really no substitute. Chatting to The Irish News he opened up on this new reality during the pandemic. “At some point I realised that the only way I was going to be able to make peace with what was happening was if I just completely surrendered this identity of being a touring musician. I made a decision to let it go. That included stopping singing at home. And that brought me peace.”

Luka resides in Clare and had it not been for circumstances being as they are, he would not have considered recording an instrumental collection. It certainly would have been a travesty had this record never been made. With so many people hard pressed and struggling mentally at the moment, the world needs more music like this and I’m so glad to have heard it.

I for one will be very much looking forward to my next Luka Bloom gig. Until then I strongly recommend checking out his impressive back catalogue. Go right back to the early stuff and work your way up. There’s plenty to explore. He’s no stranger to Waterford, so hopefully he’ll be pencilled in for a show here before long. See you at the gig.

TIME OUT WITH TIMMY: Richard Garrick, Portlaw’s Man of Adventure