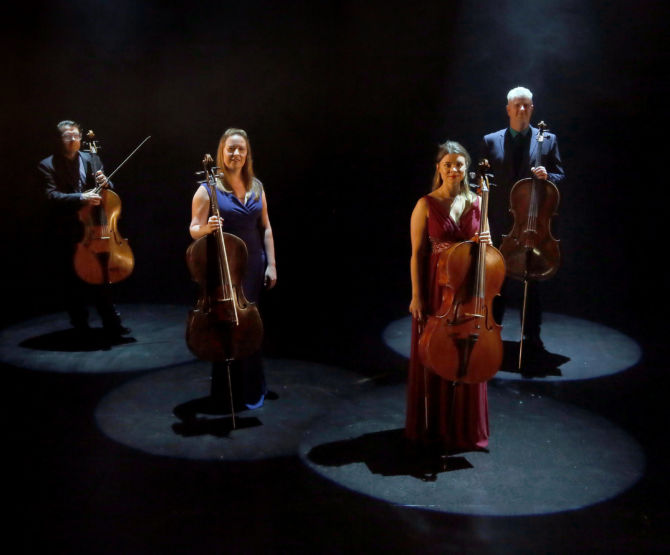 MUSIC Network has been working in partnership with Waterford Music for some time now and it’s a relationship that works well. Top-class classical performers, ensembles and orchestras have attracted steady houses, mostly to the Large Room, but the loss of live audiences has struck hard at these artists.

A Cello Quartet is definitely a rare bird. Four rare birds, in fact, because they don’t nest together very often. I’m not always convinced by several versions of the same instrument or voice. Still, it’s a good gimmick because quite a number of the audience will come out of curiosity and many will come because they like the sound of the cello. And, without doubt, many audiences will be dazzled by the quality of the playing.

Quartet member Martin Johnson explains the attraction of the instrument: “Its richness, its full-bodied sound, its range and its uncanny connection to the human voice”. Martin loves the physicality of the cello and the way players wrap and envelop the instrument in their playing.

One of the features of the programme is that the quartet members – William Butt, Rosalie Curlett, Martin Johnson and Ailbhe McDonagh – are interviewed between performances. And Waterford Music audiences always enjoy the performer behind the instrument. William Butt waxes lyrical on the attraction of J.S. Bach – his symmetries and harmonies, his soulful and tender melodies along with the mathematics of his compositions. The Bach Partita No 2 that follows is everything that William says is on that Bach tin that never carries a ‘best-before’ date.

Music Network likes to feature the work of new Irish composers and the interview with Conor Lenihan on his ‘Autumn Night’s Dream’ – written for four cellos – gives us the inside track on the composition. “I woke up and heard the music going around in my head,” Conor confides, “so I got up and wrote it down.” Melody and pizzicato counter each other in a piece that is tuneful and lush before a frenzied and insistent movement crowds in – the dream that just refuses to exit stage left, even when pursued by a bear! Certainly an up-grade on some of my nocturnal journeys!

Cellist Ailbhe McDonagh not only plays but composes as well and beams delight when speaking of her composition. And why wouldn’t she? Her Cellango is my standout piece in the concert.

“It’s a fast, energetic, encore-type piece,” beams Ailbhe, “that is a sort of homage to Argentinian tango composer Astor Piazzolla, the doyen of the tango. Ailbhe’s rhythm is insistent, compelling and heard in pizzicato and the piece just rushes into a hectic finale. I’m just longing to see a duo dance this piece in ‘Strictly come dancing’.

Rosalie Curlett is longing to get back to the energy of live concerts. “Working online is challenging without a live audience,” explains Rosalie, “and the atmosphere has to be imagined.” The Cello Quartet has performed three concerts now and they’re getting used to it. So, too, are audiences and the Bartok folk-dance that finishes out the concert sends us foot-tapping away for the evening. 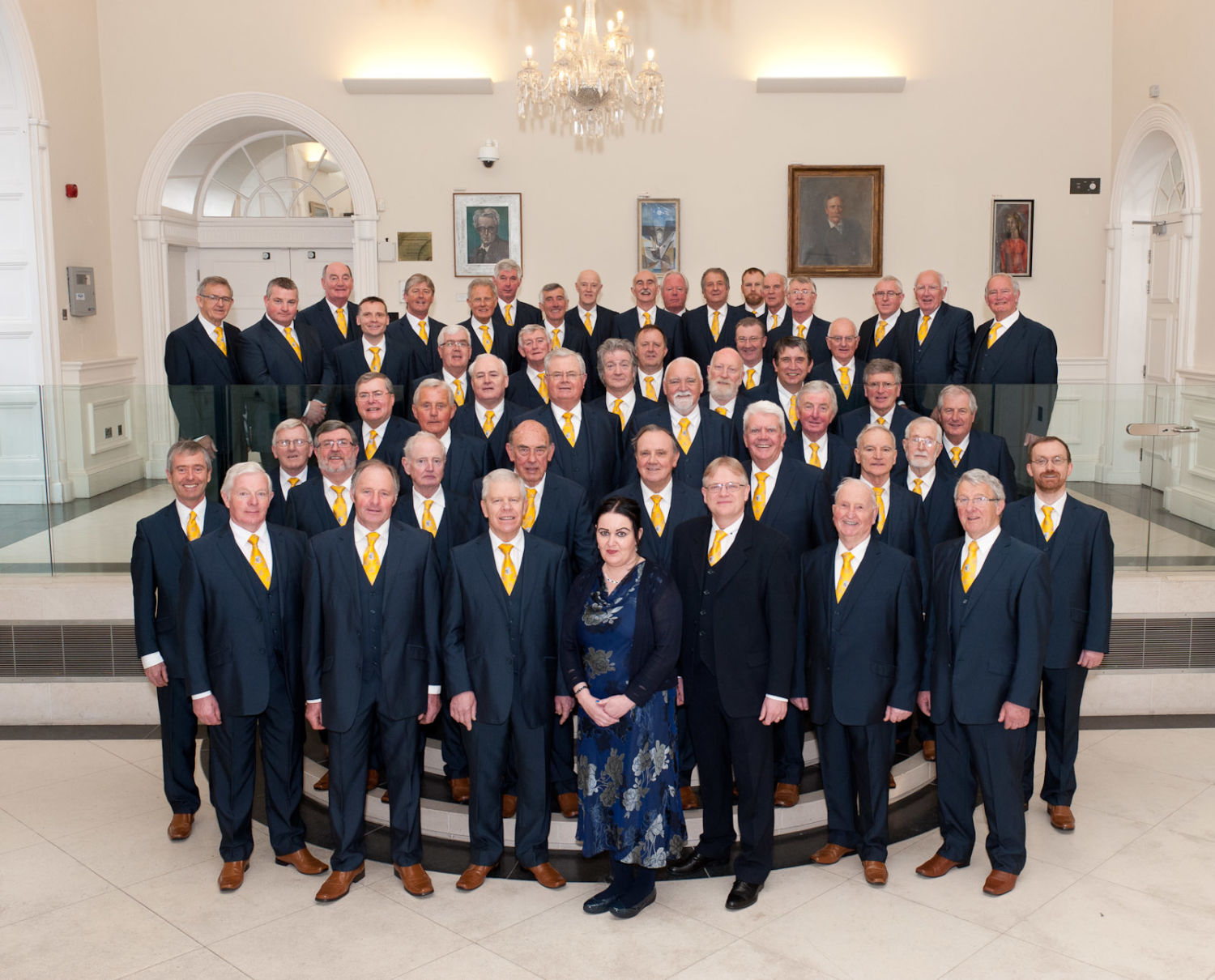 The Waterford Male Voice Choir are dead-chuffed with their new website. It’s very accessible and well worth a visit for anyone who is thinking of joining the choir. The website is crammed with details of the choir’s activities – concerts, practices, members, pictures along with a valuable archive of the choir’s performances complete with newspaper reviews of the concerts. The website is designed by Teresanne O’Reilly whose father Pat has recently stepped down as the choir’s Chairman. Check it out at www.waterfordmalevoicechoir.com