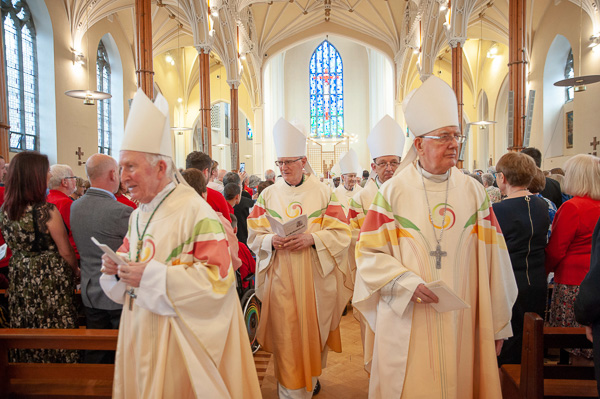 ON March 10, 2021, the Irish Catholic Bishops’ Conference announced a new Synodal Pathway for the Catholic Church in Ireland leading to the holding of a National Synodal Assembly within the next five years. The Synod will attempt to address the fundamental challenges which the Church encounters in today’s world. The Church must respond to the huge challenges to the faith over the past fifty years. The Bishops identified the rapid transformation and secularisation of society in Ireland as a key issue. And of course there is the fallout from scandals of clerical sex abuse of minors and the recent shocking revelations about Mother and Baby homes in Ireland – North and South – reminding us of the urgent need “for inner healing and hope.”

The Bishops recognise that “there is a cry for transparency and greater participation and accountability in the Church.” They hope to connect with the energy and gifts of young people. But, above all, the Bishops “acknowledge the critical need to honour the contribution of women, to hear their deep concerns, to formally recognise their roles and articulate new models of co-responsibility and leadership involving all lay people.”

The next two years will be a period of discernment which will allow individuals and parishes, religious orders and associations etc. both within the Church and in Irish society at large, to share their insights into the Church in Ireland – past, present and future and to address the key question: “What does God want from the Church in Ireland at this time?”

‘Radical changes to Church teaching on sexual morality, the position of women in the Church and Church governance are being proposed’

The Irish Bishops are responding to the call from Pope Francis to adopt ‘synodality’ as a way of being Church. Synodality is a term which communicates an image or idea of people walking or journeying together, along the road of discipleship, laity, pastors and bishops. It is based on the belief that all the baptised are gifted by the Spirit and all can contribute to a programme of renewal for the Irish Church. Pope Francis acknowledges that right of all to be consulted on what affects all. Francis claims that this is what God expects from his Church in the third millennium. He envisages a process whereby there is a deep mutual listening in which everybody has something to learn.

The Church in Germany and Australia, and indeed many other countries, has embarked on this synodal process. The German Synodal Path was initiated in 2019 and was to last two years. But due to Covid-19 it is only mid-way through its deliberations. Issues of power, sexual morality, priestly life and the role of women in the Church are being debated, each topic having its own forum. Already the process is being hailed as a historic and inspiring moment, a “potential springtime of sweeping reform and renewal in the Church which will help to restore credibility and trust.” (There has been a huge exodus from the Church there over the last few years because of the sex-abuse scandals).

Radical changes to Church teaching on sexual morality, the position of women in the Church and Church governance are being proposed. For example, already it is emerging from the process that it is becoming increasingly difficult to justify the ban on ordaining women deacons and priests. The head of the German Episcopal Conference, Bishop Batzing, went further and claimed that these arguments are becoming less and less convincing and that “there are well-developed arguments in theology in favour of opening up the sacramental ministry to women as well.” Similarly, the doctrine on sexuality and power in the Church is being seriously challenged.

The synodal process pathway is well under way in Australia. The method included a listening and discernment process where the contributions of more than 220,000 people have formed the basis of a working document. This in turn will help produce an agenda for the two assemblies: the first taking place in October, and the second in July 2022. Archbishop Mark Coleridge of Brisbane, president of the Australian Bishops’ Conference, is very positive about the synodal experience. He admits it is messy and very slow but “it offers the only path to a future worth having.” He and other leaders candidly admitted they did not know what the outcome of the plenary council might be – but openness to the voice of the Spirit as echoed in the deliberations of the People of God was vital.

There is a deep spiritual hunger in the hearts of people today. The dominant secular ideology with its practical worship of capitalism and its glorification of mammon has left people with a sense of spiritual emptiness. The church has failed to respond effectively to this spiritual longing. Our rituals and sacramental language are increasingly opaque to people. We have to find new ways of connecting with the modern world. The Synodal Pathway will open up avenues of communication and dialogue and enable an authentic response to the deep spiritual hungers of people today.