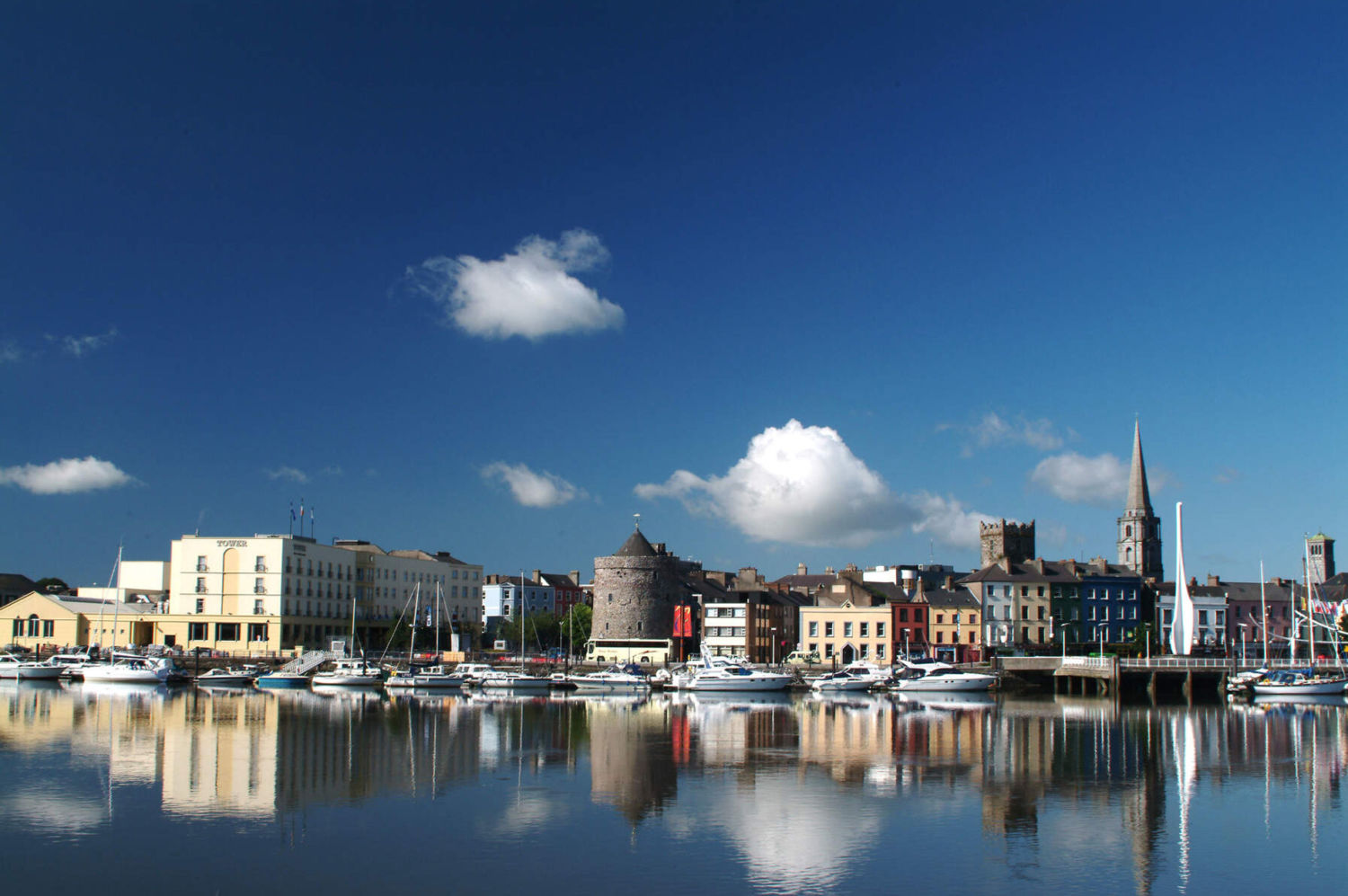 WHAT a beautiful place we live in. Sandwiched between the Comeraghs on one side and the sea on the other, Waterford has always been a bit separate from mainland Ireland. It is not just the natural part of our county that catches the heart off guard, the bones of our city are magnificent. But the pause in the North Quay development is both a dreadful loss and an opportunity.

Today’s Waterford gestated for over 1,000 years. It is worth remembering that the city walls fronting onto the river were demolished to widen the quay in 1705 to create what Marc Girouard called, “The Noblest Quay in Europe”. In recent times, commerce always trumps beauty here and with big money investors on the hook for the North Quays, we parked our concerns about beauty and the sensitive development of Waterford once again.

Building a new city quarter, all in one go, is fraught with danger. The main risk is the plan gets halted mid-construction and gets stuck as a ghost estate. Craigavon, the still half-built city outside Belfast, is a cautionary tale, a large town, small city with all the aesthetic grace of Carrickphierish. Even if built, if we misjudge the planned use of the development, the place haunts us in other ways. The outlet centre in Killarney is a good example of this, a dead zone, another Celtworld of broken dreams. Cork’s out of town Mahon Point is beginning to look a bit silly with Debenhams and many other retailers gone, a few years will tell us if it is another Crumlin or Phibsborough shopping centre. People will cheer when it is finally knocked. Architectural fashions change rapidly, a big swathe of any city developed in one job lot, will, at some stage, look stuck in an uncool time warp, shabby and run down.

‘We need muscles on the bone of this beautiful place… Confidence is not the issue, the contested vision, as ever, is the problem’

The gorgeous Roman to Georgian city of Bath is an excellent example. They tore down their 1960s built city quarter to replace it with the “Georgian” pastiche South Gate shopping mall. It has almost lost its Unesco World Heritage Site status over the whole debacle. In Dublin Temple Bar tried so hard, and got so much right apart from English stags turning the whole district into a vomitorium. The IFSC district is an inert hellhole, a dystopian “Clockwork Orange” world designed by investment bankers, devoid of people, character, culture and life. Adamstown, the new Dublin town, got stuck between boom and bust, much of it is still boarded off with only 20% of the town built, a decade after it was due to be finished. Taking a slower, more gentle approach to the North Quays might be no bad thing. Indeed, the 20 year rush to build it all at once has seen nothing built.

The ebb and flow of Waterford’s economic fortune have created and preserved a very humane, settled and handsome urban space to inhabit. Waterford has strong bones and we forget how massive a change and challenge the North Quays presents.

As a port city, Waterford was global from birth. The city shone with wealth in the eighteenth and nineteenth century, a global transatlantic hub connecting the old and new worlds. The global connection perished when transatlantic shipping bypassed provisioning in Waterford, a rupture that started an era of isolation. Compounding this, independence from Britain was not kind to Waterford, which was caught on the wrong side of history. The entrepreneurial success of Waterford Crystal hid this transformation for a generation. But, as the crystal went, so too did the port, moving down the river. The very reason for Waterford went too. But Waterford’s strong, graceful bones have kept it growing.

Not only is Waterford out of step politically with the rest of Ireland, it is geographically very remote. Just a few bridges connect us to mainland Ireland. Blow up Youghal Bridge over the Blackwater, Rice Bridge and Meagher Bridge in the city and Fiddown Bridge, and Waterford becomes very remote, very quickly. So the rearticulation of Waterford as the capital of the region, full to the brim of urban level services in retail, health, education and culture, is a massive change of direction.

Waterford Council’s bold move to round out the city over the river, to assert the city as the service centre for the region is a historical rupture with the past. The trouble is, the region is not on board, not in health with the split hospital groupings, not in retail with the lost past battles, Ferrybank shopping centre, Marks and Spencer in Clonmel, McDonagh junction and others, not culturally with the three sisters European non-city of culture bid, and not in higher education with the TUSE.

On the other side, is no one willing to invest in this vision? Private business has been slow to exploit the Apple Market, the Viking Triangle and Arundel Square investments. Our Celtic Tiger era developers are still a bit burnt and skint and only now getting back to house building. Helicopters are few and far between. Either investors don’t have the money, or they don’t believe in Waterford. In truth, it’s probably a bit of both.

But there is hope. It is not just the hope of massive queues outside Penney’s and traffic clogging up the quays like it is 2006. A massive boom in Government capital spending will deliver real change. The service economy has been savaged by lockdowns, but there is massive household savings and an outsized boom underway in durable goods and housing as the money for mochaccinos flows into decking back gardens. If you are the kind of canny business person that can capture the zeitgeist of the moment, there is gold in streets. Hope is in the numbers, demography is destiny. The South East needs a city. Ireland is urbanising, and to be without access to a city is to be deprived. People need urban services in health, education, retail and culture and the choice in the South East is no choice at all. Either allow Waterford to develop as an urban centre, use Waterford for work, care and play or go without essential services. There are 600,000 people within one hour of the city centre. They need cardiac care, a proper university and a place to buy their unmentionables. The sense of that will eventually prevail.

It took our city 1,000 years to form. It lost its first raison d’etre over one hundred years ago when the port was bypassed. The real question for the next century is will Waterford have its second act as the regional capital?

A note to readers in Kilkenny, Tipperary, West Waterford and Wexford: Most cities are ugly, utilitarian cesspools. They are akin to the bins behind a restaurant. Nobody wants to live in Dublin for too long, certainly not to raise a family. Limerick and Cork are, dare I say, a little grim. Galway is a giant car park, full of the kind of people who spend too long in carparks. Coastal Dublin and Wicklow are nice places to live, as is West Cork, Clare and Connemara. The trick is to live near a city, benefit from a city, but not actually live there.

The North Quays, a new South East Hospital group and a university centred in Waterford, all done well, tastefully and useful, announces that new vision. We need muscles on the bone of this beautiful place. There has never been a better time to think our way out of the region’s difficulties. Confidence is not the issue, the contested vision, as ever, is the problem.