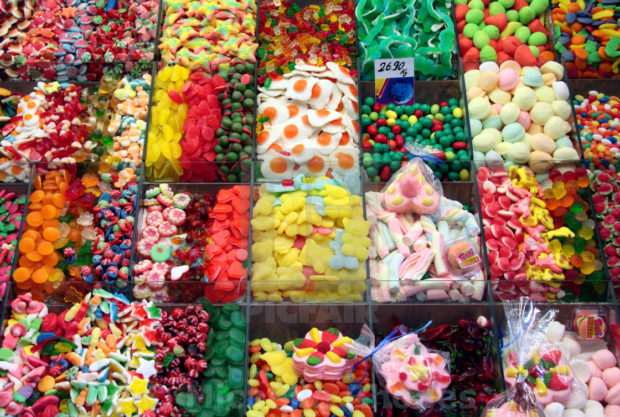 I’VE recently started a podcast with two close friends of mine – Lorraine Shanahan (also my first cousin) and Trevor Prendergast – called ‘The Pick ’n’ Mix’. The name came from the fact that we knew we’d probably be talking about everything and anything, from the good, the bad and the ugly. As I write this (a few hours before recording Episode 4) we’ve had a total of 881 downloads – 496 for the first episode when everyone was a bit curious and wondering (1) what the hell a Podcast was, and (2) what we could possibly have to say that was interesting, 226 for Episode Two and 159 for Episode Three. Now, you could argue that we’ve been losing people by the bucketload each week but I prefer to think of it as us finding our long term audience. If we eventually settle at 100 and then grow to 200 in time, I’ll be delighted.

The funny thing about the podcast is that we rarely know what we want to talk about when that red ‘record’ button is pressed. We aim for 45 minutes per episode and more often than not, we’re getting all nostalgic or taking the piss out of each other. However, every now and again, like in Episode Three, we may find ourselves getting serious and dragging the tone of the whole thing down – but you know what, that’s why it’s called The Pick ’n’ Mix, and that’s what I wanted to talk about today.

Nobody is ever going to be happy all the time, it’s simply not possible. As Forrest Gump’s mother said, “life is like a box of chocolates, you never know what you’re going to get”. For me, some days are a lovely chocolate nut, or some strawberry chocolate which I’m quite partial to. But other days are going to be those coffee chocolates or something equally rotten (for me). I believe the most important thing to talk about is the Sweet Shop where we buy this Pick ’n’ Mix, otherwise known as our mind.

Last week, I got in a minor fight with someone. By the time this article goes to print I hope that it will be a thing of the past, but Jesus Christ did it put a dark cloud over my day. Suddenly, I couldn’t see the things that usually made me happy, such as what I was going to have for dinner, or what record I was going to buy next. Now, this is just one example of a dodgy sweet you can get in your Pick ’n’ Mix. Other days you could be worried about money, or about putting on weight, or, maybe, in this pandemic where most people are stuck working at home, you’re worried about not being as productive as you’d like to be. Believe it or not, that’s a serious form of anxiety for a lot of people. They walk around with a virtual to-do list hanging over their head and until they tick off all those tasks, one by one, they’ll remain in a perpetual state of fear. Not only that, but they’ll start to get paranoid that their bosses and all their colleagues are talking about how useless they are. It’s not until the jobs are done that the relief will follow, and with relief will come some minor form of contentment – until the next day that is, when the to-do list fills up again.

There is a character trait that is universally desired but generally only comes with old age – the ability to not give a f**k. Don’t you wish you could have an argument with someone and because you don’t really give two shits, it would just go over your head? Don’t you wish you could look in the mirror and regardless of what wobbles, you wouldn’t care because you have your health and that’s all that’s important. I have never met a person below the age of 70 who has this, almost supernatural, ability.

Anyway, I’ve often thought about how these ‘good and bad’ sweets can impact our mental health. It’s like we’re constantly trying to balance the good against the bad. You might be weighing up the fact that you have to work the next five days, with the fact that you’re off for a long weekend after that. Maybe you’re trying to forget some horrible thing that happened you last week by flooding your mind with thoughts of a skinful of pints later on, or maybe a nice T-bone steak. I know I’m being unusually specific but I guess what I’m trying to say is that we all do this. We all have days where we are overcome with sadness, anxiety or full blown depression, and other days where we are happy to be alive, in love with everyone, and looking forward to the little things in life.

This has been one of those columns where I just wanted to say that I have those days too.