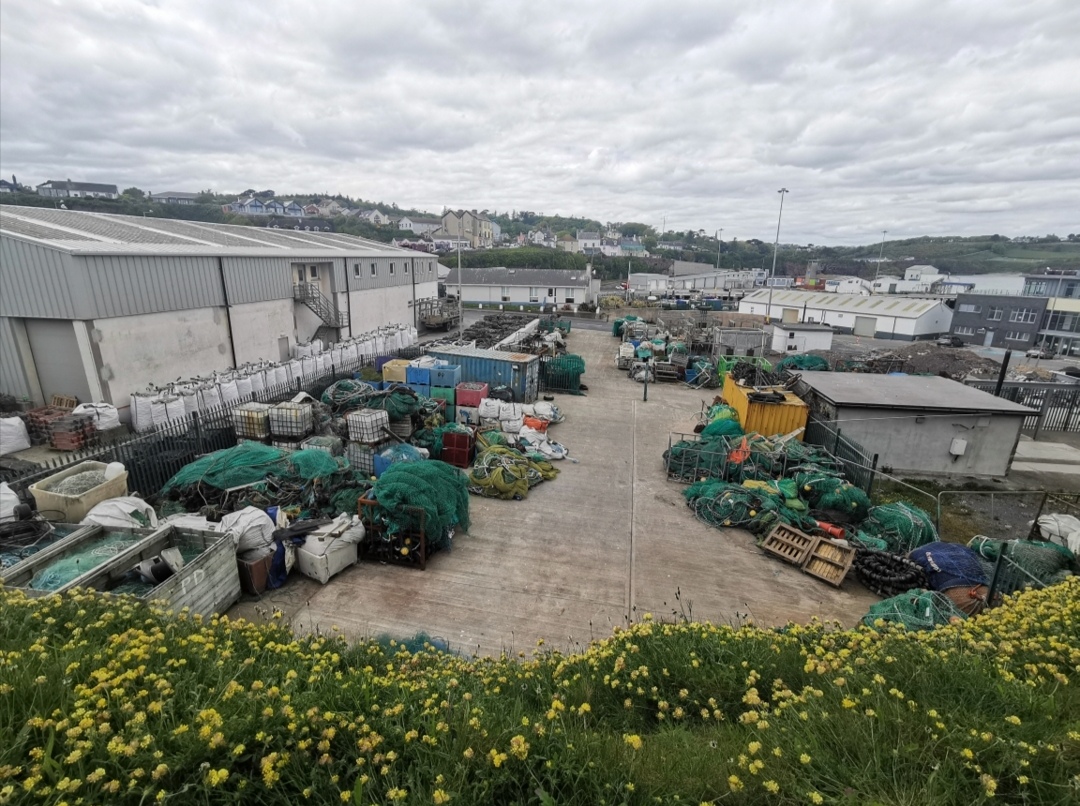 BREXIT is already having a significant impact on the fishing industry with Northern Irish and British fisherman unable to land their catch at Dunmore East Harbour as they have done for centuries, but there still remains hope for a redesignation before irreparable damage is done.

Up until December 2020, the activities of the Northern Irish and British fishermen resulted in significant fish landings locally, which, in turn, created a positive economic boost for Dunmore East and further afield.

However, since January, Northern Ireland and UK registered fishing vessels, which are operating in the fishing grounds of the South Irish Sea and the Western Approaches, are no longer permitted to land their catch south of Howth or east of Castletown-Bearhaven fisheries ports.

According to a recent Topical Issue on the Dunmore East harbour designation issue, submitted in April by Waterford Oireachtas members Sinn Fein’s David Cullinane, the Green Party’s Marc O’Cathasaigh and Independent TD Matt Shanahan, “This has made the job of NI and UK fishermen much more difficult resulting in longer voyages to and from the fishing grounds, it has also increased operating costs, increased carbon footprint and indeed increased risk to vessels and crew. It is now a matter of urgency that serious consideration be given to reopening the Port of Dunmore East to NI and UK fishing vessels.”

The issue was raised again by Waterford TDs at a fisheries webinar involving three counties Waterford, Wicklow and Wexford, hosted by Minister McConalogue on May 11 and through a Parliamentary Question put to Minister Charlie McConalogue back in January.

According to Dunmore East and Sinn Féin Councillor Pat Fitzgerald in the run up it had become obvious that Brexit was going to have a huge impact on Ireland’s fishing industry. “One particular downside to Brexit that has affected our local port is the failure of this Government to designate the Port of Dunmore East as a port where Northern Irish and UK vessels can land their catch.

“The fishing fleets of Ireland and the UK have shared the fishing grounds and our ports since partition. Irish vessels used the British ports and vice-versa. Since the days of sail, Cornish fishermen followed shoals of mackerel and herring up to the Irish coast. In recent decades it wouldn’t be unusual to see UK fishing vessels from the Cornish ports of Newlyn, Penzance, or any of the NI ports tied up in Dunmore East. Many fishermen from Dunmore East fished for years out of the Cornish ports, many married and settled down in Cornwall.”

He continued, “NI vessels which use the Port of Dunmore East are mostly fishing in an area known as the ‘Smalls Fishing Ground’ which begins about 40 nautical miles south of Dunmore East and extends south and eastwards towards the UK coastline, roughly half of the area would be in the UK sector.

“It’s a large area of productive ground where prawn and whitefish are harvested mainly by Irish, French and Northern Irish vessels. The nearest Irish ports to the ‘Smalls Ground’ are Kilmore Quay and Dunmore East. The French vessels generally land their catch in their home ports on the continent. The Irish vessels land their catch in either Kilmore Quay or Dunmore East. NI vessels would have landed at Dunmore East up until January 2021, but are now expected to use Castletown-Bearhaven on the West Coast or Howth on the East Coast.

“It has to be said the NI vessels brought quite a lot of business to the Port of Dunmore East. Their landings increase the overall annual tonnage going through the port. It brought business to the many industries, marine chandleries etc that operate around the port. Catches from the NI vessels also supplied fish processing companies in the Republic,” he said.

On the other hand the NI vessels are now faced with the longer, expensive and more hazardous voyage to Castletown or Howth.

“It would be beneficial for the local economy if NI vessels were allowed land again at Dunmore East and it would also be safer for the vessels and crews involved. Many are hoping a Ministerial decision will be made soon to redesignate Dunmore East as a port where NI and UK Vessels can land their catch.”