What the WIT Arena could look like in the not too distant future.

What times these are for Waterford IT?
Have you seen the pictures of the Connacht GAA Centre of Excellence that opened in Bekan, County Mayo last year?
The pictures and videos were everywhere at the time. This massive air dome and a heap of pitches just seemed to appear out of nowhere in a beautiful part of the Mayo countryside.
Of course it didn’t, as work on the site began back in 2008.
Anyway it looks spectacular and the good news is that plans are afoot to bring a similar structure to Waterford, the wonderful WIT Arena in particular.
WIT are currently in the process of applying for an Rural Regeneration and Development Fund (RRDF) grant to build an Air Dome like the one in Mayo but this one will include Sports, Health and a Technology Innovation Hub.
It’s very early days but a look at the facilities that already exist at WIT Arena and WIT itself show you that when this college puts its mind to something it usually comes to fruition.
So what exactly is planned?
“Novus WIT plans an ambitious and transformative project to strengthen the growing health and sporting technology sector through the development of an all-weather sports facility which will function as an innovation hub of sports and health technology research as well as providing the greater South East community state of the art facilities for various forms of community activities. It is proposed that this development will become an integral part of the health corridor linking rural to city and deliver a destination in the south east that will attract more than 100,000 visitors annually. The Hub will involve the construction of the world’s largest structure of this kind, which will be 15,000 sq. metre multi-use facility.”
Here’s an overview of what WIT envisage:
– Creation of an extensive multi-use area that will allow up to 10k people to attend cultural, economic, and sporting events at any one time. These individual once off events will create employment for up to 80/100 people.
– Development of 10 office spaces which will facilitate up to 10 companies through individual hot desks and open plan offices as well as individual company offices. This will house up to 45 employees.
– Development of a laboratory area which will include field research area with sensors, cameras, and technologies to support the innovation and development works; this will allow academic research and innovation companies to carry out their testing and prototyping of equipment and research.
– Creation of break out seminar rooms which will facilitate company meetings, seminars, conference work and educational activities.
– This development will have a low carbon footprint and be eco-friendly with sustainable energy features with smart metering and monitoring of the infrastructure.
– Development of ancillary supporting visitor services to include world class locally sourced food and beverage. This will have an economic impact on the food destination drawing local visitors, generating income, footfall and employment.
– Expansion of an extensive Health corridor which will supports the nearby UHW; UPMC Whitfield and UPMC Sports Medicine Centre in WIT Arena and the Pharmaceutical companies in the area.
– Facilities for practical classes, research and technology training for students from undergraduate to postgraduate level. Areas of technology such as data analysis, video analysis and ESports development will all be assisted by the centre.
– Facilitation of academic research and job opportunities for postgraduates in the areas of Health, Sport and Fitness technologies. WIT’s Enterprise & Innovation Centre will be the first of its kind in Ireland and will further enhance WIT’s student recruitment portfolio locally and nationally. 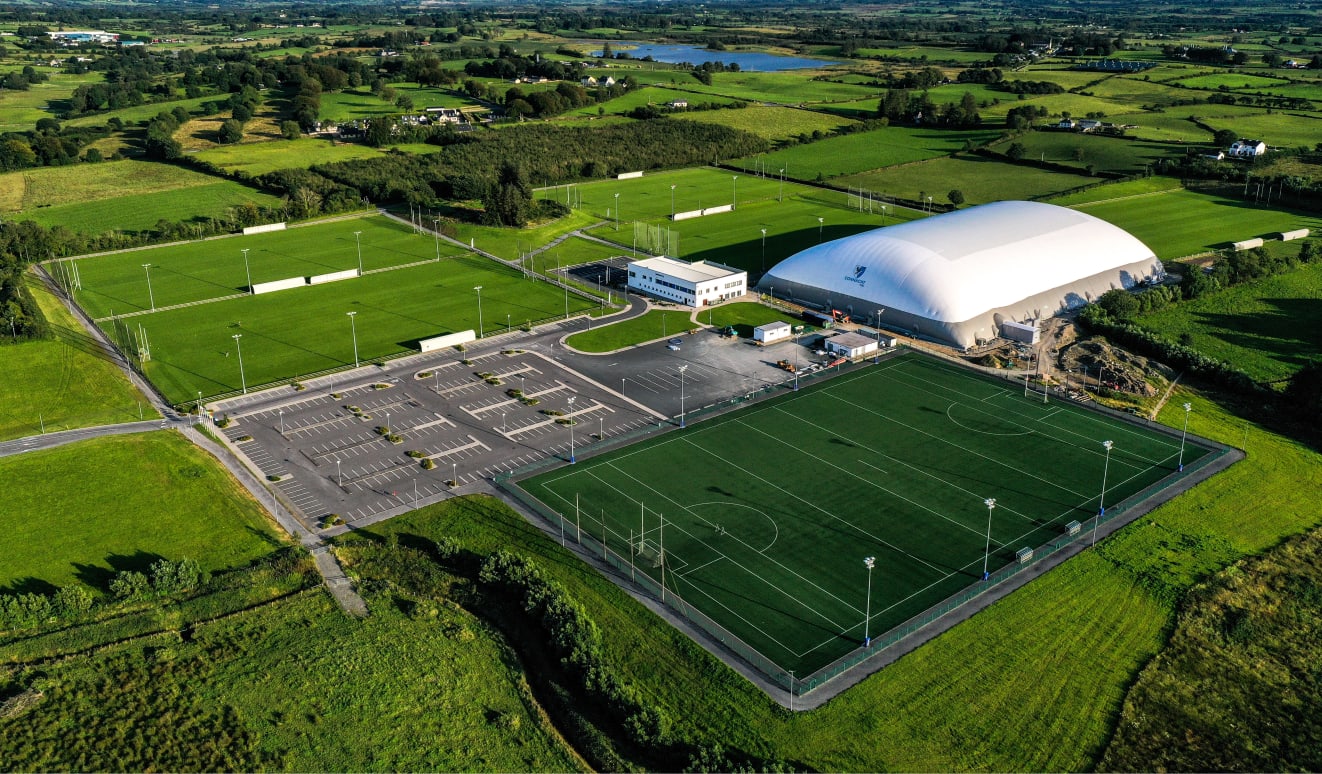 The Connacht Centre of Excellence in County Mayo.

The brief on this ambitious project goes on, “Our Community Health Sport and Wellness Hub will position the SE Region as the global hub for innovation and development in the Sports and Wellness domain. It is wholly additional and will lead the way for next generation fitness and technology enterprises. From examination of other models in Ireland and abroad, the best practice in incubation is founded on choices of scale and type (specialist facilities such as lab and write up suites, co-working, independent office choices etc), networks to R&D global centres of excellence and seamless connectivity to all the support elements to include funding, coaching, specialist services, (IP, Tax etc) market entry, soft landing access and access to graduate talent.”
This is a rundown on the numbers behind the existing WIT and WIT Arena campuses, which are pretty impressive.
“The Community Health Sport and Wellness Hub will benefit from the existing infrastructure of the WIT campus and its Arena. The WIT Arena is a €21 million complex which opened in 2016. The Arena currently provides in excess of 70 jobs locally. The current infrastructures include 6 grass pitches, dressing room facilities, multi-activity astro-turf and multi-purpose sports arena with car-parking spaces of up to 700 and caters for 400, 000 visitors annually. The Arena is situated on the outskirts of Waterford, just off the motorway exit, which makes it easily accessible to immediate city and neighbouring counties. The Arena has parking available for up to 1300 cars. This multipurpose facility caters for a wide range of events such as academic usage ,recreational gym users, high performance athletes, multipurpose sports, kids’ activity camps, leisure and entertainment events and conferences.”
Sounds amazing. I can’t wait to see it become a reality over the coming years. 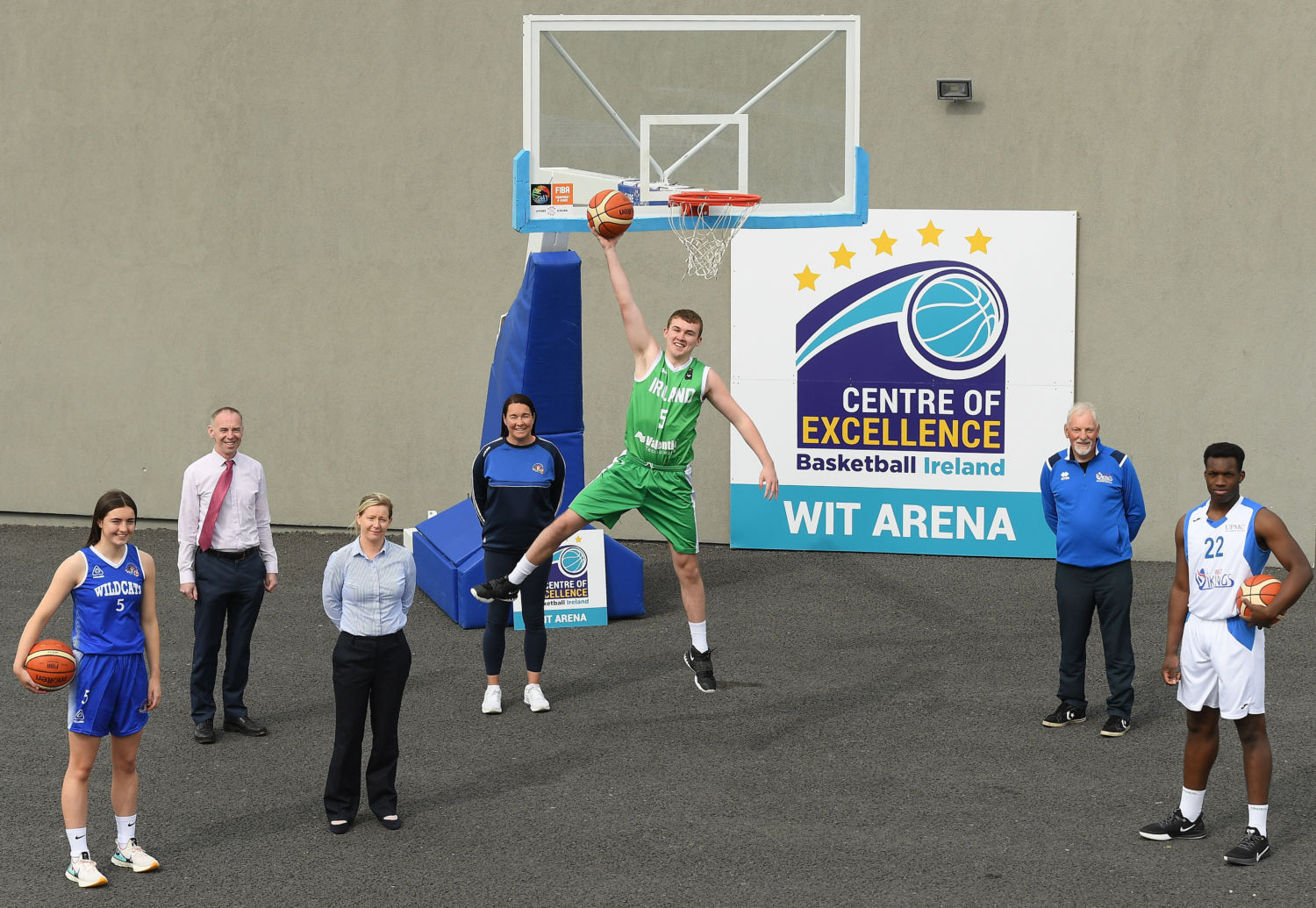 There was more great news this week for Waterford IT and basketball in Waterford as WIT was named as one of Basketball Ireland’s four Centres of Excellence.
Letterkenny IT was also announced this week and in March NUI Galway and Ulster University in Jordanstown were the first two Centres of Excellence announced. Basketball Ireland plans to have 8-10 Centres of Excellence rolled out nationwide.
Donna Drohan, Facilities and Events Manager at WIT Arena, said: “We are excited to strengthen our ties with Basketball Ireland in becoming their South East Centre of Excellence. Waterford IT and WIT Arena have strong basketball connections, with WIT Waterford Wildcats and WIT Waterford Vikings operating at Super League and National League level, respectively. The WIT Arena has hosted a number of Super League, National League and schools competitions. It is also home to WIT Vikings Basketball Club. To have Basketball Ireland as a recognised partner compliments our sporting portfolio and adds massively to the high-performance sporting culture that we are developing here at the WIT Arena.”
Each Centre of Excellence will provide access to expertise, such as strength and conditioning, sports medicine, sports psychology, diet and nutrition, sports management and administration, coach development and training. They will also have media and meeting facilities.
The Centres of Excellence will be used for national training camps for international sides, along with Basketball Ireland academies. There will also be the ability to host international fixtures, national senior competitions, intervarsity competitions, as well as local schools cups and blitzes.
Very exciting news and most fitting that a college and a city with such a wonderful basketball tradition as Waterford should be chosen for such a great initiative.
Let’s hope that the Wildcats and the Vikings can get back in action real soon as they’ve been one of the sports most affected with the pandemic and haven’t been able to play or train since March of last year which is awful.

LA DERRICK
I was flicking around the sports channels, as you do, last week and I came across LA Galaxy versus Austin in the Major League Soccer. Once I saw that LA Galaxy were playing I decided to hang around and see if Tramore’s Derrick Williams was playing and I didn’t have to wait to see that he was. Number three on his back and playing at centre-half. Anyway while I was watching the Tramore man looked really good as the Galaxy won 2-0. A quick check back at their results informed me that this was their fourth game. The opening game was a 3-2 win over the New York Red Bulls with former Man United and West Ham player Javier ‘Chicarito’ Hernandez scoring a hat-trick. Williams did not feature in that game but he has started the three games since. A 3-0 loss to the Seattle Sounders, a local derby win over LA FC and the win over Austin. Chicarito scored in both of those wins and got an assist from Williams in the LA FC win.
I think few people saw it coming when the Tramore man and Irish International moved from Blackburn Rovers to the City of Angels earlier this year but it seems to be working out really well.
I’ve been in both Blackburn and Los Angeles and to say they are poles apart would be putting it mildly. Another success story from the Tramore AFC Academy. 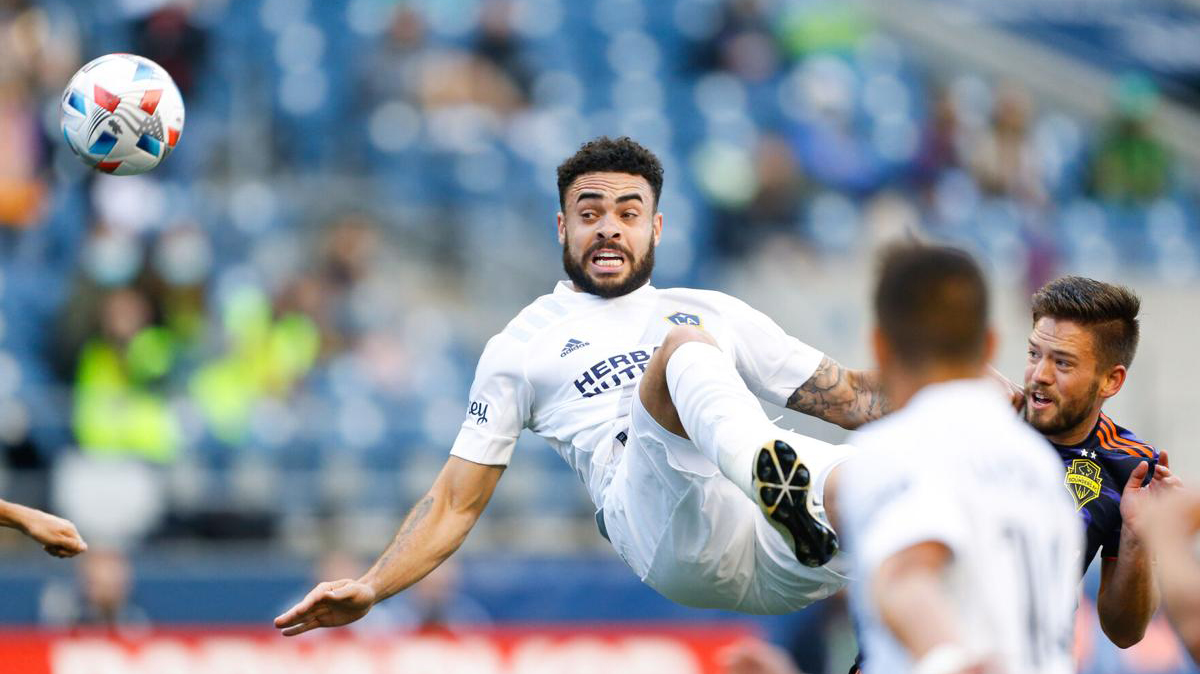