Sanofi to invest €630,000 in Waterford environment 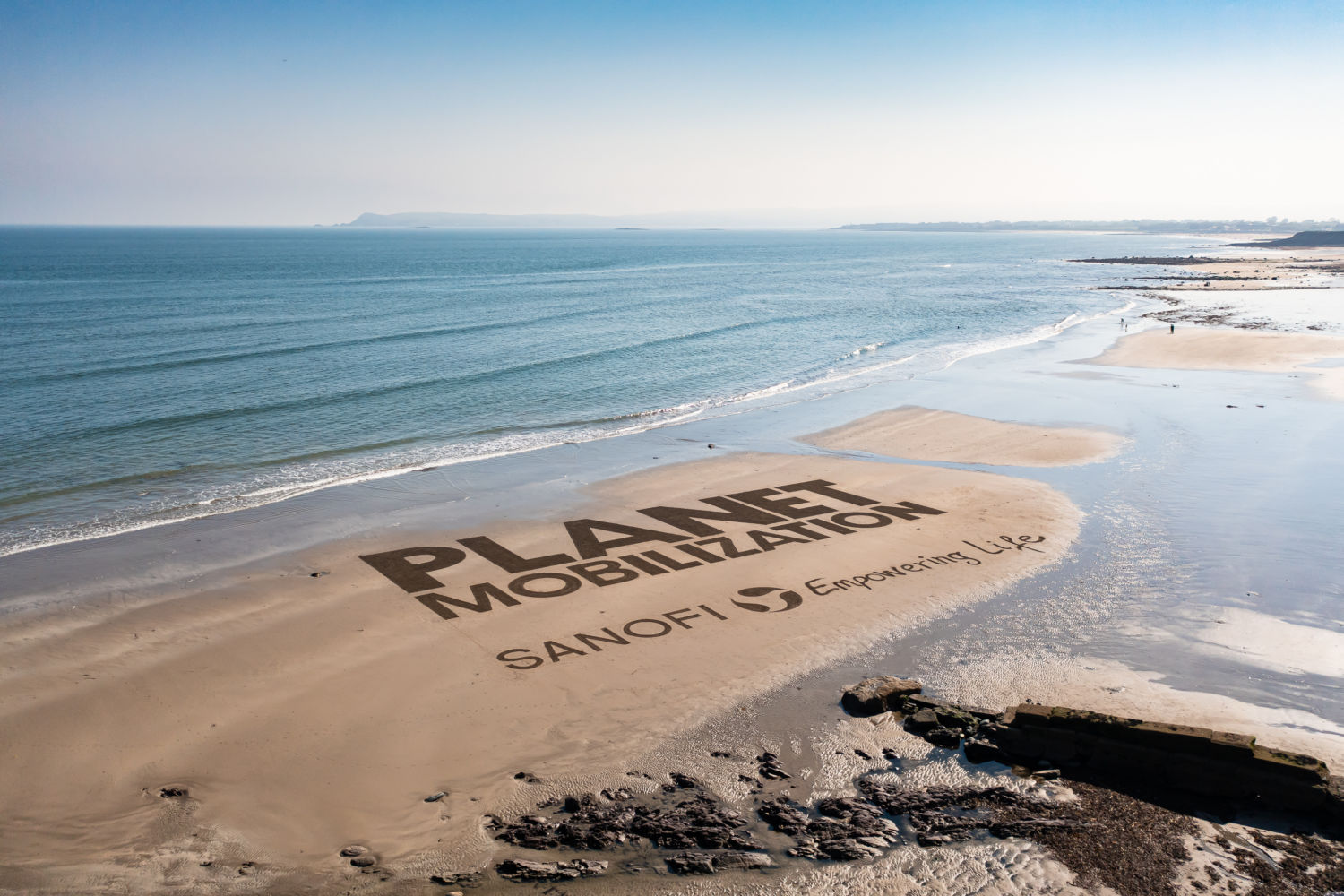 Sanofi is to invest €630,000 in a three-year programme driven by a team at its biopharmaceutical and medical device site in Waterford that aims to raise environmental awareness and reduce plastic consumption.

‘Waterford Loves Planet Not Plastic’ developed by the Waterford site’s ‘Green Team’ was today named as one of three winners in the company’s Planet Mobilization ideas generation programme.

As part of a long-standing commitment to reduce the environmental footprint of the company’s products and activities, Sanofi launched the €3m Planet Mobilization fund to support employee ideas and projects that will further contribute to a healthier environment. The other winners alongside Waterford this year come from Vietnam and a combined entry spanning sites in Belgium, France and Italy.

The funding to be invested at Waterford consists of two-thirds from Sanofi’s Planet Mobilization fund and one-third of in-kind support from the site which employs more than 750 people and is celebrating 20 years since its establishment.

Key elements of the three-year programme include a schools campaign; organised clean-ups of coastal, mountain and other scenic areas in Waterford and its hinterland; a multilingual app helping households to measure their plastic consumption and find alternatives and a sustainable shopping scheme to promote greener options to consumers. A toolkit developed at Waterford will be shared with Sanofi colleagues globally to support them in rolling out similar environmental programmes in their local areas.

Welcoming the investment, Eamon Ryan T.D., Minister for the Environment, Climate and Communications, said: “Waterford has already shown leadership with its decarbonisation pledge and this initiative is a very welcome addition. The government has committed to tackle the issue of plastic waste with a ban on 10 single-use plastic items coming into force in July and more developments through our Waste Action Plan over the next few years. But we also need to win hearts and minds and encourage people to make changes. The ‘Waterford Loves Planet Not Plastic’ project’s focus on awareness, education and clean-ups will support individuals and communities as we move towards a greener, more environmentally-friendly future and I wish it every success.”

“Because the fight against climate change is also a fight for health and wellbeing, Sanofi commits to Planet Mobilization,” said Philippe Luscan, Executive Vice President, Global Industrial Affairs, Sanofi. “We strongly believe our employees are the most powerful agents of positive change for people and for the planet. It is with this ambition and objectives in mind that we decided to create a fund of €3m to finance ideas and projects coming from our employees in support of our environmental ambition. Today, it is fair to say that teams all over the world took up the challenge, even beyond our expectations. That’s collective intelligence in motion!”

Cllr Damien Geogeghan, Mayor of Waterford, added: “Sanofi have a 20-year track record of being both great employers and corporate neighbours in Waterford. This major investment in our local environment builds on that and the benefits from ‘Waterford Loves Planet Not Plastic’ will reach into many communities right around our city and county. It also fits well with the broader ambition to make Waterford Ireland’s first decarbonised city by 2040. Sanofi are to be commended for this initiative and I congratulate their ‘Green Team’ for bringing this prestigious prize home to Waterford.”

Dr Johannes Schweppenhäuser, Site Head, Sanofi Waterford and a member of the site’s ‘Green Team’, said: “We are obviously delighted with today’s news. It means a lot to the site team. Waterford city and county is very much part of this success and it is the local environment that we all share which will see the benefits of this major community investment to 2024 and beyond. We are fortunate to live in a very special place and that brings with it a responsibility to protect our fragile environment.” 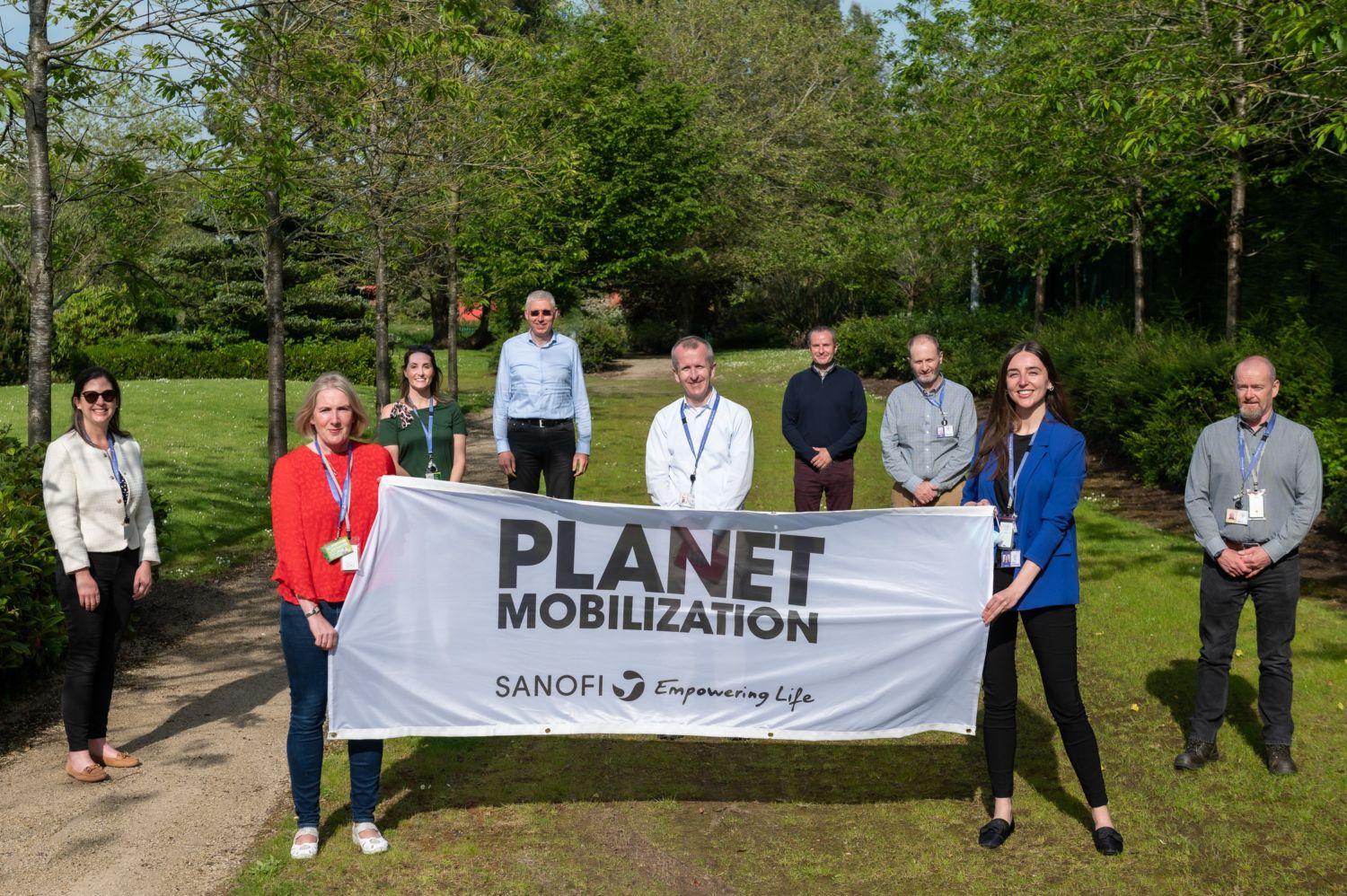 In all, there were 161 entries involving more than 500 people in 29 countries in the Planet Mobilization competition with Waterford winning the ‘Colibri’ category for ideas built around small steps with a big collective impact when they are taken by many people. A full programme of bootcamps, hackathons and design-thinking workshops led by Sanofi’s Lyon, France-based Innovation Lab, helped the teams turn their ideas into sustainable projects that the finalists then pitched to a panel of judges.

Globally, Sanofi is committed to reduce greenhouse gas emissions from its activities by 55% by 2030 and is aiming for carbon neutrality by 2050. To date, it has cut greenhouse gas emissions by 27% and reduced water withdrawal by 22% since 2015. The company reuses, recycles or recovers 73% of its waste and has designed a new recyclable cardboard packaging for vaccines to replace aluminium and PVC blisters.