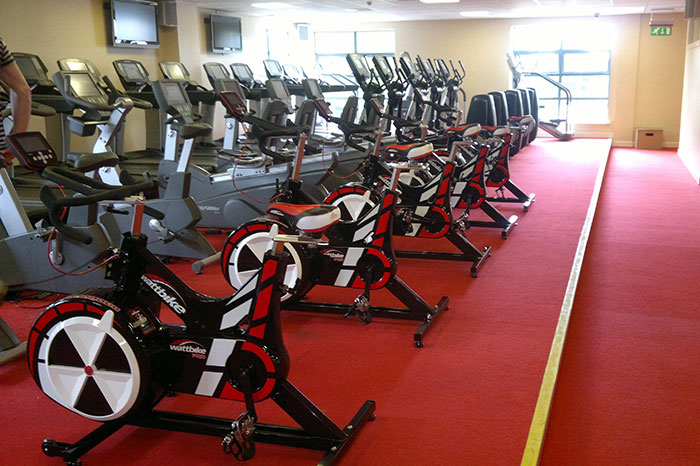 BY the time you read this we should be less than a week from gyms reopening, assuming nothing untoward has happened to change the government’s plan. So let’s talk a little bit about how going back to the gym will go for many people and also how maybe it should go if we’re smart about it.

The majority of us take a week or two off from the gym at Christmas and when we go back in January the levels of soreness we experience from that short break tend to range from, “Oh I’m a bit tender, I definitely know I was off for a week!” to “Help me, I’ve fallen off the toilet and I can’t get back up. My legs are so sore!”

This year that break from the gym has been 10 or 20 times longer and if we’re not careful that soreness is going to be extremely difficult. And we may be so deconditioned at the moment that it won’t just be soreness, it could even be injury if we’re not careful. Anecdotally, I heard a story after outdoor training went back about a team and every person at the first training session hurt themselves. They all went back trying to perform the same way they used to before the break. Although this is understandable, we’re all eager to get back… it’s not smart. So what might be a bit smarter?

Don’t start with the marathon

A runner who hasn’t run in five months doesn’t test their marathon time in the first training session. Or in the first week of training. Even if they’ve run marathons before it’s not hard to see how trying this after such a long break without at least a few runs leading up to it wouldn’t be a good idea right?

And yet there will be a huge number of people (mostly young men… sorry fellas but you know this is true) that will return to the gym and within the first few sessions will test their bench press or deadlift one rep max (that’s if it’s not the very first thing they do). Same as a marathon on day one… not a good idea.

There will also be a large number of people that plan to go to the gym or a class everyday in the first week or fortnight. Maybe even two classes some days. Also not a good idea.

Admittedly, how people fare in these endeavours will depend on what they’ve been doing lately and some will actually have been taking part in similar activities all along so it won’t be as big a deal for them, it’ll just be back in the gym instead of at home. But if you’ve been doing nothing or even if you’ve been taking part in exercise but of different types please be smart about how hard you push that first week.

It doesn’t matter how much running, power walking or even cycling you’ve been doing, squats and lunges use very different movement patterns through very different ranges of motion and if you haven’t been doing any of these exercises then even bodyweight versions have the potential to make you very sore the first time back doing them, so take it easy.

So what’s the actual actionable advice in all this? Start back at 60% or less than what you used to do. Even 60% might be too much in some cases so go by what feels right on the day. But even if it feels good don’t go above 60% the first time back.

Give time for the soreness to come and go. Go to 65 or 70% in week two. You’ll be back to where you were in no time but you’ll get there safer.

#YourFitness: Not just the gym we need to get back to

#YourFitness: If I had one fat loss ‘Secret’