Waterford’s championship credentials set to be tested in Galway 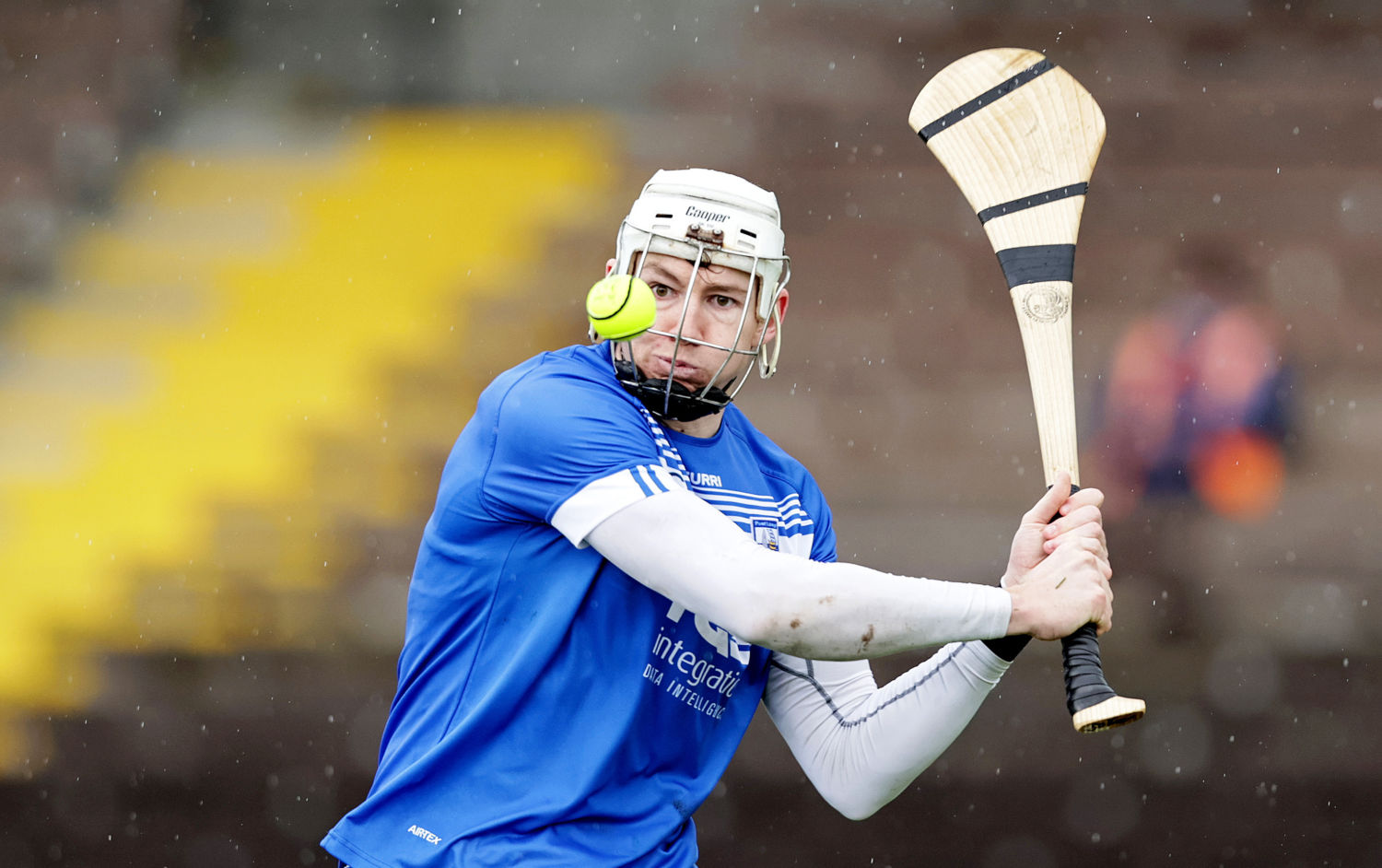 Shaun O’Brien is one of the three changes to the Waterford team from the side that beat All-Ireland champions Limerick in Walsh Park. Photo: Inpho.

The win over Limerick in Walsh Park was a welcome morale boosting victory for players and supporters following two uninspiring performances against Cork and Westmeath on Waterford’s return to competitive fare for the first time following last December’s All-Ireland Final defeat.
Reaching last year’s All-Ireland Final has, understandably, raised expectations for this year’s championship but no one will be under any illusions regarding the task ahead and the improvement that will be needed to go that step further.

MUCH CHANGED DEFENCE
Against Limerick, Liam Cahill appeared to give some hint of his train of thought, as championship time approaches, with the rejigging of the defensive set up that saw Iarlaith Daly as the only starter in all three games to date while Conor Prunty was the only player to hold down the same position in the two games he played, against Cork and Limerick. The management will have been happy enough with the way things panned out against Limerick, defence wise, with the placing of Conor Gleeson in the fullback line and Calum Lyons on the wing with both players looking more comfortable in their natural habitats.
The absence of Tadhg de Burca was always going to pose the biggest problem for Liam Cahill going forward this year and given Austin Gleeson’s performances in attack against Cork and in last year’s championship the recall of the Mount Sion man to the not unfamiliar centre back position against Limerick was something of a mild surprise. Overall things worked out well with the new defensive set up against Limerick but, as was pointed out in the aftermath, Limerick played most of the game with just five forwards.
On Sunday next Waterford will play the only non Munster team in Division 1A so there will be no need to hold anything back for fear of showing their championship hand against likely opponents.

GALWAY GOING WELL
Galway have been in the happy position where all of their likely provincial championship opponents are in the other grouping and they have not felt any need to hold back in their games to date. They have fielded the bones of their championship side in every game while slipping a couple of prospects into the starting line up alongside experienced players as was the case against Tipperary where defenders Darren Morrissey and T. J. Brennan staked respective claims for championship places alongside such as Daithi Burke, Padraic Mannion, Adrian Touhy and Aidan Harte. Elsewhere there is a wealth of experience in this Galway team. Apart from the two players mentioned earlier as getting their chance against Tipperary, Shane O’Neill made seven other changes from the side that beat Limerick in Pearse Stadium and was able to call up Harte, Joe Canning, Johnny Coen, Jason Flynn and Conor Cooney. Add in Brian Concannon, Cathal Mannion, Conor Whelan and young rising star Evan Niland and Galway are clearly well served in attack.

DALY OUT
Should Galway field at full strength, as can be expected on home soil, the Waterford defence, as we saw it against Limerick, will be well and truly tested and Liam Chill will know whether he is on the right track or not. Iarlaith Daly has been ruled out for Sunday’s game, having had his involvement in the melee at the end of the Limerick game highlighted on RTE’s League Sunday and it is not clear if Seamus Keating’s first-half injury against Limerick is serious enough to rule him out of contention here. With Daly off, the door is open for Shane McNulty Ian Kenny or Shane Fives to return and if Keating is ruled out Kevin Moran would appear the obvious choice to join Austin Gleeson and Calum Lyons in the halfback line.
Jamie Barron is back to his best form in midfield and Kieran Bennett’s return on the scoreboard should see him on board in this area with Darragh Lyons also in the mix having missed out on the Limerick game through suspension.
Apart from Stephen Bennett, Jack Prendergast and Jack Fagan appear to have nailed down their places in the starting line up while Dessie Hutchinson and Shane Bennett clearly need game time now if they are to claim places for the championship. Patrick Curran’s three points on coming off the bench against Limerick will have done him no harm and could see him starting and if Michael Kiely does not get into the starting fifteen on Sunday I would like to see him getting a start against Tipperary the following week.

RECENT MEETINGS
Waterford’s last visit to Pearse Stadium was for the League quarter final of 2017. The game came a week after Waterford had beaten Clare to reach the knockout stage of the league and it caused a stir when the team selected to play Galway showed nine changes from the side that beat Clare. Against all the odds Waterford outplayed Galway for most of that game with five players making their league debuts. A full strength Galway side came on strong in the closing stages after Waterford had made five substitutions, bringing on recognised first team payers, and in the end Galway came out on top on a scoreline of 2-22 to 2-19.
After Galway beat Waterford in the All-Ireland final later in the year manager Micheal O’Donoghue pointed to that game as the day on which Galway’s season turned around and they went on to win both the league and the All-Ireland. Since then, the counties have met in the league on three occasions with Waterford coming out on top in Walsh Park in 2019 and again last year with the third occasion being in the league semi-final of 2019 in Nowlan Park.
For Waterford, the performance on Sunday next will give a clearer picture as to where we are closing in on the championship date with Clare than we got from the win over Limerick. A win could do for Waterford what the corresponding fixture three years ago did for Galway then. 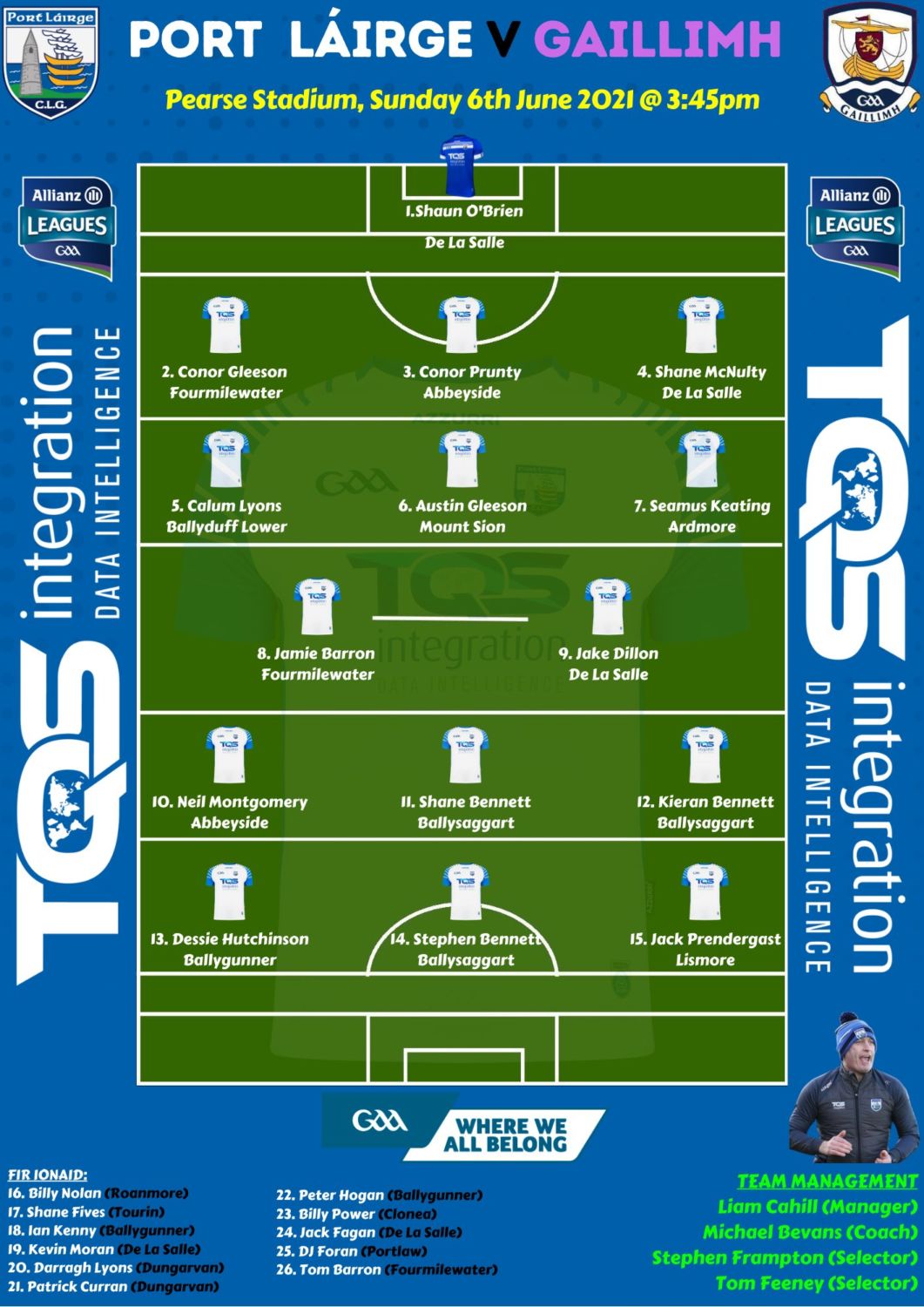