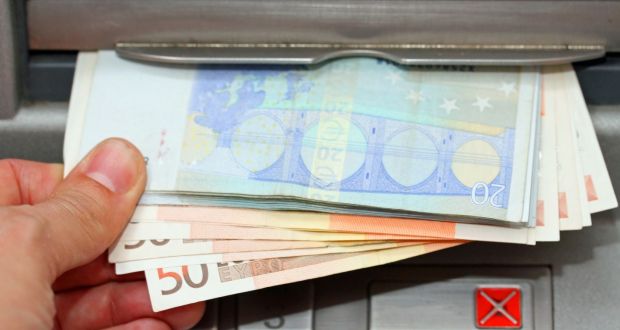 ORGANISED crime, based domestically and abroad, are targeting vulnerable Irish teenagers and young adults, seizing their bank accounts and laundering the proceeds of criminality through such streams.

In a Waterford context, as last week’s sitting of the Circuit Court demonstrated, ‘money muling’ now represents an escalating danger throughout the city and county.

Judge Eugene O’Kelly, visibly concerned with the local cases of muling brought before his bench last week, broadcast a clear warning about the dangers of a criminal act now occupying increasing levels of policing time.

Describing muling as a “sinister development”, Judge O’Kelly said the activities of serious criminals who demand the bank accounts and cards of young people who may, for example, be in debt to dealers requires further public highlighting.

‘In the past two years alone a staggering €6 million has been stolen from AIB and Bank of Ireland accounts, virtually all of which has passed through mules’ accounts’

Weekend reporting revealed that at least 1,000 young people are currently under investigation in the State for having their accounts ponied by criminals to siphon illegally gained cash. Most of the mules are aged between 16 and their early 20s.

Not everyone caught in this trap has been ensnared as a result of running up a drug debt but it partly explains why many among this cohort have found themselves in a cul de sac flanked by high walls.

With virtually every Garda Division in the country now involved in the investigation of such criminality, the workload and efficacy of the Garda National Economic Crime Bureau (GNECB) is likely to come into sharper focus.

And with the next Waterford Joint Policing Committee meeting scheduled to be held on Monday next (June 14), it will be interesting to see if this unwelcome criminal development comes up for discussion.

Criminals are targeting young men and women at a time of their lives when they ought to be looking forward to third level life with levity and optimism.

Others may be on the brink of promising careers in sport or the arts but right now, the prospect of a criminal record is hanging over many, carrying with it the potential to shut doors which would otherwise remain open to them.

As GNECB Detective Superintendent Michael Cryan told the Sunday Independent: “My strategy is that by arresting them for committing a crime, it will send a message out. There is certainly a belief among some of them that this is not really a crime. There is a very ambivalent view of it.”

Since ‘muling’ is a largely unseen crime which doesn’t require armed thugs in bullet-proof vests and getaway vehicles at the ready, a hear and see no evil approach from wider society may well be explicable – but it’s unacceptable.

That’s why Judge O’Kelly’s intervention last week proved so welcome. Unlike politicians who can forget about some press releases they’ve signed off on as soon as they’re issued, a sitting judge has to consider the consequences of both their words and deeds.

It explains why they are often so reluctant to offer substantial comment on societal setbacks since the worst examples of such regression present themselves to the bench via casefiles and devastated families in the public gallery.

In the past two years alone, a staggering €6 million has been stolen from AIB and Bank of Ireland accounts, virtually all of which has passed through mules’ accounts. Muling represents a societal timebomb. It’s high time more of us start talking about it if it’s to be defused.