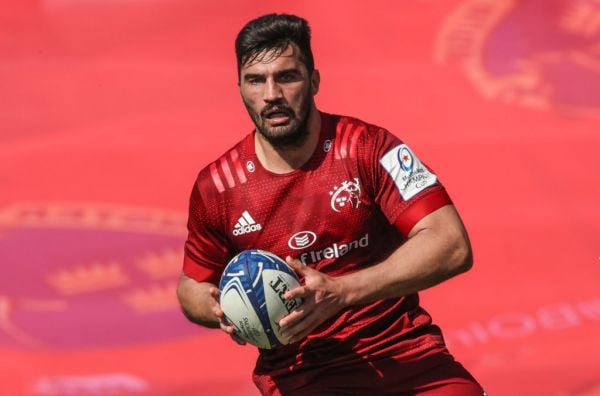 Munster centre Damian De Allende expects to recover in “a few weeks” from the burns that caused alarm ahead of the upcoming British and Irish Lions series.

De Allende, alongside South Africa team-mate RG Snyman, was hurt over the weekend during an incident described by Munster as a “fire pit accident” that also involved Mike Haley and CJ Stander.

De Allende and Synman were more badly affected, with burns received to the legs, hands and face ruling them out of training for at least the rest of the week and requiring additional visits to see a specialist.

Both players should be available for the series against the Lions that begins on July 24th, however, with De Allende explaining how the accident happened.

“We should be OK in a few weeks hopefully. We were just sitting around the fire and one of the boys threw a bit of petrol over the fire and then it caught his hand,” De Allende told SuperSport.

“He just tried to put it down on the floor and then the whole thing caught alight and exploded.

“They thought it was a lot worse when we went into hospital on Saturday night but when we saw the specialist on Sunday, he said it wasn’t as bad as they got told.”