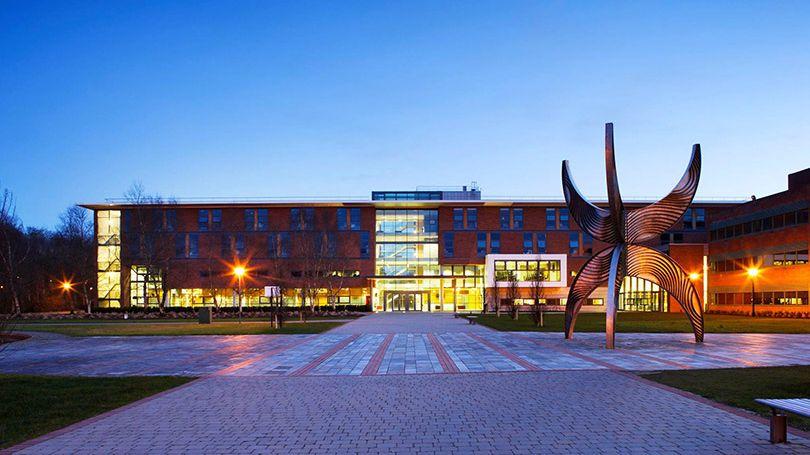 University of Limerick’s total income in the 2016-17 academic year from state grants, fees, research grants, and philanthropy was €189 million.

THE vote of the WIT branch of the TUI to accept the TUSE and the merger with Carlow IT puts an end to our hopes for a university of similar status to UL in Waterford. Hope springs eternal and the case that Waterford had for full university designation has not gone away. Maybe a more enlightened government or a more forceful political push from this area will achieve what seemed to be within our grasp in 2006.

There are some local politicians who constantly try to play down the huge gains and the huge investment that came to Waterford during Martin Cullen’s time as a cabinet minister, but the man in the street in this city is not a fool. We may be poor, but we are not thick and the pathetic attempts to undermine Cullen are simply that, pathetic.  When Cullen was appointed as a minister in 1997, there was not a single new building on the WIT site. He brought WIT as near as possible to university designation and it was the combined political manoeuvring of senior politicians across the south east plus interests in the Department of Education, the university sector and the Higher Education Authority, which massed against him and us, and denied this city the university designation it deserved.

‘Imagine University of Limerick wasn’t there. When you imagine something’s lack, you get a better sense of its value’

In the run up to the WIT union vote local politicians, and in particular Senator John Cummins, were to the forefront telling all and sundry of the huge investment that would follow a TUSE.  Chief among the enticements on offer was the “imminent” purchase of the old Waterford Glass offices and the delivery of the long overdue engineering building for WIT. The Glass factory project has vanished like a puff of magician’s smoke. The wreckage of this once beautiful building offers a headline attraction for summer visitors to our city as we reopen for tourism post Covid. Maybe Senator Cummins could enlighten us as to just what “imminent” actually means in terms of the purchase by the Dept. of Further Education of the glass site to expand the WIT footprint?  Will this be like the proposed new Engineering building for WIT which was cancelled by Fine Gael in 2011 and is still promised? What’s a delay of 10 years among friends anyway?

Maybe Senator Cummins and Mr O’Cathasaigh could offer us a timeline from government as to where either of these projects are? Even Minister Mary Butler might seek clarification?

Mr O Cathasaigh might even recall his own words to Minister Simon Harris in the Dáil last November. “Since 2018, €56 million has been spent on all TU processes. Of that, the TUSE has only received €8.1 million, or 14%, a lesser share than that allocated to either Dublin, Cork or Galway, all of which are regions with existing universities. And these figures themselves fail to capture historic underinvestment in the Waterford campus, and particularly in terms of built infrastructure, that lags far behind the Higher Education capital investment in other regions.”

It’s bad enough that our local politicians, Matt Shanahan excepted, swallowed the TUSE process as if it was Beluga caviar. It’s bad enough that an opposition TD David Cullinane of Sinn Fein behaved as if he was a member of government in pushing the same agenda. It’s bad enough that Waterford Chamber’s Ger Hurley and Prof Willie Donnelly seized upon the TUSE as if it were the riches of Tutankhamun. If they were all so right about a Technological University status which will now endow every county town in the country with a TU facility and if they are happy that Waterford, the oldest city in the country which has sought university designation for more than 80 years, is separated from its peer cities and hunted into the herd of county towns, then where is the promised investment for WIT? Ten years waiting for a new engineering building. Is this a record? In a week when the tap of government largesse opened again for Cork with an announcement that commuter train services in that city are to be electrified, we can only wonder where our future lies.

Senator Cummins, as an alumnus of that fine institution, knows all about UL. An article by UL’s Prof Stephen Kinsella is worth repeating.

“Sometimes to see something’s importance, you must imagine its lack. Imagine the University of Limerick was never fought for by a group of committed activists. Imagine the university was never developed over four decades by a group of visionary academics and administrators. Imagine the university was never there, just another series of housing estates in Castletroy, catering for the middle classes of the region. What potential would we have lost? We would still have Mary I, LSAD, and LIT. Many undergraduates would still have a great experience of learning in Limerick. But there would be no UL. We wouldn’t have over 1,500 academic and support staff working at the university, teaching more than 16,000 students at all levels, from access programmes to certificates to PhDs. We wouldn’t have thousands of European and non-European students learning more about Ireland and themselves while studying here. We wouldn’t have firms queuing up to locate in the Mid-West for the skills we produce. We wouldn’t have the breadth of enriching activities the university provides, from sporting facilities to arts and culture. We wouldn’t have the connections UL has made to the best universities in the world, which brings their representatives here, and ours out to meet them.

“At a really basic level, the University of Limerick is a very large economic actor in the Mid-West. If it was a business it would be one of the largest. Its total income in the 2016-17 academic year from state grants, fees, research grants, and philanthropy was €189 million. Its total spending was €192m. Almost 65% of that spending was on salaries. Services are higher value added sectors requiring more complex skills much of the time, and these skills will often come from a period of further or higher education. A region like the Mid-West that lacked a university would suffer as the number of skilled service jobs rises. You can see this lack, particularly in the South East, and how that lack is felt. It is good to see activists in the South East working to achieve what Limerick has achieved. Universities are engines of social and economic development. In the next five years, UL will add hundreds of staff and thousands of students. We will move into the city, and become an engine of social and economic development there, too. It is going to be an exciting few years for everyone involved. I predict UL will get bigger, for example, and I don’t think I’m going to be wrong in that. We could see 25,000 or even 30,000 students, and 3,000 staff. The impact of the University of Limerick will continue to grow, and with it, the potential of the rest of the Mid-West region. Now imagine UL wasn’t there. When you imagine something’s lack, you get a better sense of its value.”

That’s the Limerick vision that has been denied by miserable Fine Gael and Fianna Fáil politics to Waterford. Opposition to the merged TUSE atrocity which will see our city reduced to one third of a technological university and the word Waterford torn down from WIT buildings in the city, has been described as ridiculous and “at odds with the facts”. Be that as it may, I await the foundation of the TUSE with mounting trepidation. It’s a sell-out.