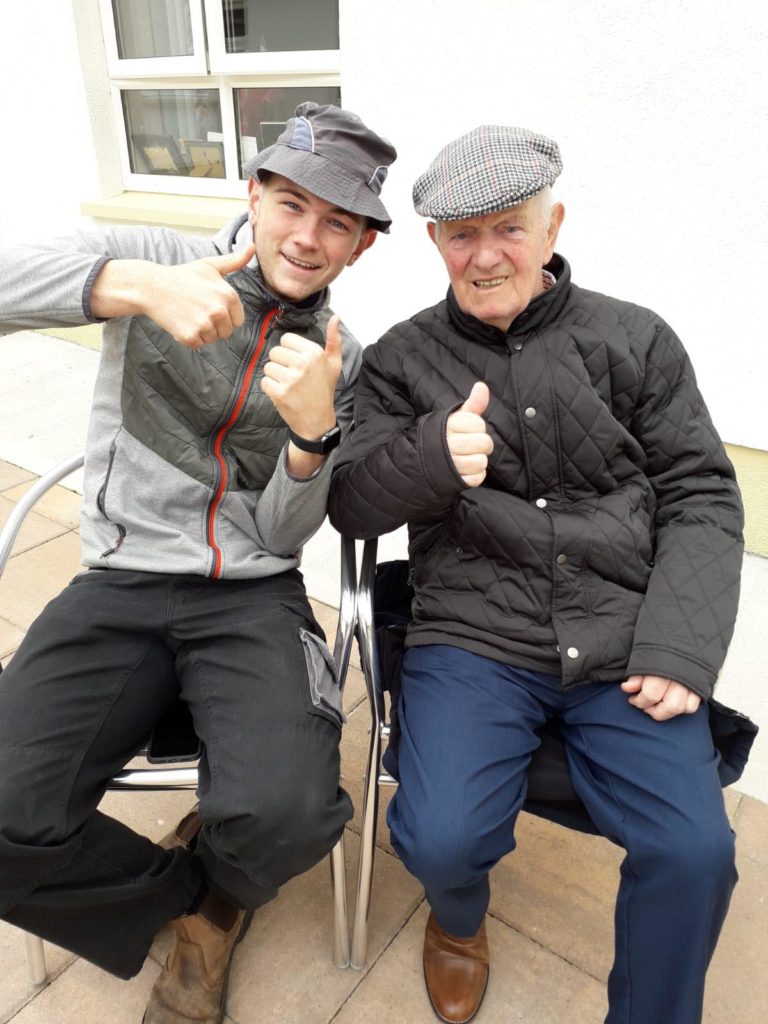 BILL GILMAN of Talbot Terrace, Portlaw, a man whose life has rarely lacked for physical vigour and vitality, took ill on January 13 last.

He was to spend the next 10 weeks at University Hospital Waterford (UHW), much of it spent away from those who know and love him best due to the Covid-19 restrictions. Bill, husband to Kathleen and father to Colette, Jimmy and Shirley-Anne, is now a resident at the Sonas Nursing Home in Carrickbeg.

Bill’s illness has, unfortunately, left him with memory issues and requiring full-time care, undoubtedly a difficult transition for both Bill himself and of course his family. The ‘Back Stoney’ as the street he lived on is known colloquially, just isn’t the same without him.

Bill, soccer-mad his entire life, is thrilled with the strides his grandson Darryl Walsh has made in the colours of First Division outfit Cobh Ramblers, a club still on a high following their recent derby win over Cork City.

Darryl, who turns 21 this month, has decided to mark this landmark birthday with a fundraising skydive on Monday, June 21, in the company of his uncle Jimmy (Bill’s son). And he’s taking to the skies with more than just his Grandad in mind.

“Not being able to call in and help in some way is what drove Jimmy and myself to do the skydive,” he said.

“We knew it would be something that would cheer him up in the nursing home. I’d wanted to do something to mark my 21st anyway and one night my Mam (Colette) suggested myself and Jimmy doing the skydive, and I thought that was a brilliant idea and it’d be a good way to raise money as well to give something back to Grandad and to the other Sonas residents. It feels like a great idea now but what I’ll be like when it comes to the dive itself, God only knows! But one way or the other, we’ll be going out the side of that plane!”

The monies raised by Darryl and Jimmy will provide new seating and additional planting for the nursing home courtyard outside Bill’s room. “We’re after re-setting the target six times already,” said Darryl. “We set out to raise €400 and we’re just blown away by the response we’re after getting – and it’s made Grandad an internet sensation! It just goes to show how good the spirit is in Portlaw and how well thought of Grandad is. We’re thrilled with the support.”

So how’s Bill doing? “He’s doing very well at the moment and getting great care thanks to Paula (Harrison) and her team at the nursing home in Carrick,” said Darryl.

“He was really well cared for at UHW but he needed more specialised care which he’s now getting in Carrick and thankfully every day he’s getting better. He’s still mad about Man United, asking me how the soccer is going and no doubt I’ll be hearing about losing the Champions League Final for a while yet (both Darryl and his father Liam are huge Man City fans) but he’s still full of his fun, which is great and thank God for that. He’s really after rallying.”

Darryl’s earliest memory is of kicking a football in the yard at Talbot Terrace with his Grandad. “To this day he’s still getting onto me about using my right foot,” said the natural left footer. “And when I’ve scored the odd goal off my right foot in training, he never takes long to remind me about all the practice I got in with him when I was small!”