Waterford stays “visible in the face of hate” 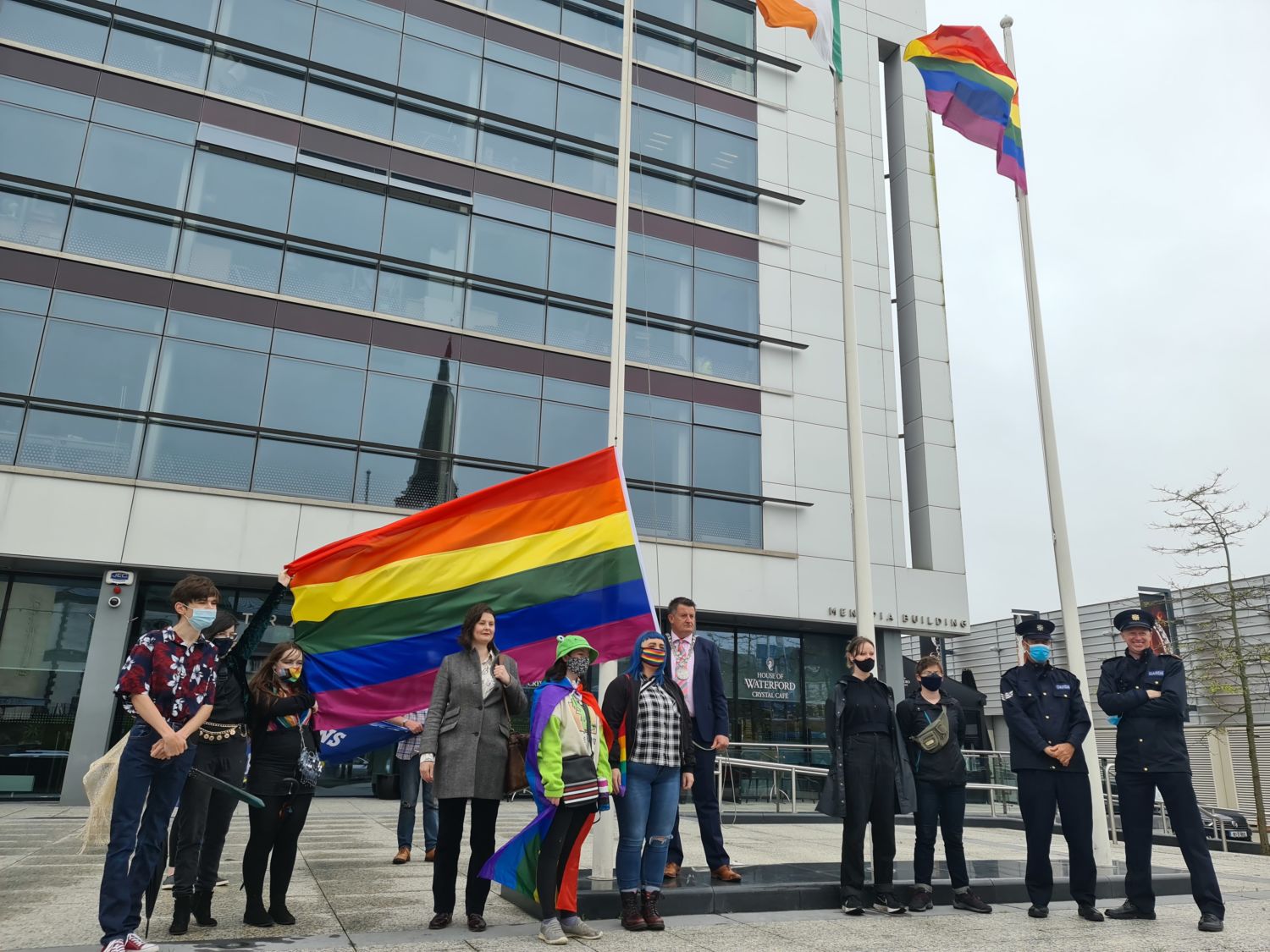 AT noon, Mayor of Waterford city, Cllr. Damien Geoghegan raised the Pride flags in Waterford city for the second time on the Mall, across from City Hall. At the weekend, the original flags were deliberately set on fire by vandals, an incident which Gardaí continue to investigate. It is understood that a man in his 40s has been charged with criminal damage regarding the incident.
Speaking on the Mall, Mayor Geoghegan said this act of hate will not be tolerated in Waterford. He said, “I do not believe that this incident is representative of the views of the majority in Waterford. I believe it was a random act, it was an act of hatred.” He has vowed to return to raise the flags again if needed, in order to send a clear message to the minority of the public who act upon hate crimes.
Debbie O’Rourke, Youth Co-ordinator with Pride of the Déise said it is a proud moment to see the flags returned to their rightful place. Speaking at the event, she said “what it means for us is being able to be visible in the face of hate, it’s really important to do. We get knocked down but we get back up because the community is strong. We are able to stand here today proudly, but we think of those who cannot stand with us. Our message for the LGBT community is that we will stand up for you and we will fight for your rights.”

Una Dunphy, from People Before Profit and the Waterford Council of Trade Unions praised Mayor Geoghegan’s firm stance against hate, saying “this is the kind of clear message we need to send, that those who represent the people of Waterford will simply not tolerate injustice or intolerance.”