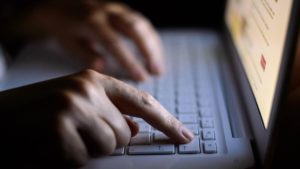 THE impact of ‘money muling’ for some of Waterford’s younger citizens was made plain during last week’s sitting of the Circuit Court, much to the concern of Judge Eugene O’Kelly.

The court heard how young people, some of whom Gardaí consider vulnerable, are being snared into money laundering operations by handing over their bank account details and ATM cards to criminal interests.

Such accounts are being used to intercept legitimately owed monies between businesses through the creation of amended invoices engineered online, while the proceeds of crime are also being funnelled through the accounts of those in debt to drug dealers.

In the case of Colm Dempsey (aged 22), with an address at Amber Hill, Kilmeaden, prosecuting counsel Conor O’Doherty BL said a total of €83,273 had been laundered through Dempsey’s account between October 28 and November 19, 2019.

In evidence, Detective Garda Darren Colfer of Waterford Garda Station said an investigation into suspected fraud centred on an AIB account in Lisduggan held by Dempsey, who entered a guilty plea on January 19 of this year.

An emailed invoice from Oriental Viandes, a French-based supplier of Halal meat, to Liffey Meats, based in Ballyjamesduff, County Cavan, was intercepted by criminal elements, said Det Garda Colfer.

This was later presented as a legitimate invoice by the person/persons who had intercepted the original invoice, with the supplied bank account details altered to divert the money to a third party.

The court was told that Dempsey had run up a drug debt and that an unidentified third party had requested him to give his details to the aforementioned third party. 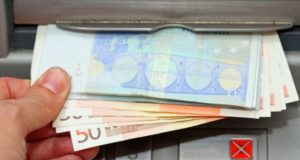 Between October 29 and 30, 2019, a sum of €7,100 was transferred from Dempsey’s account to an AIB account in Lucan, County Dublin, with a further €7,000 transferred to an HSBC account in the UK. ATM withdrawals in both Lucan and Tallaght totalling €14,000 also occurred in and around this period. Once the activity had been detected by AIB, the account was frozen, with €54,738 ‘saved’ through this intercept.

Dempsey, who did not himself carry out any of these transactions, was arrested on May 30, 2020 at 10:10am approximately. During his Garda interview, he said he owed a drug debt but didn’t know how much money was going to be laundered. Oriental Viandes did not submit a Victim Impact Statement to the court.

Defending counsel Conor Roberts BL said his client had grown up in rural Waterford and following his move into the city, had “got in with a bad crowd”.

It appeared there was a drug-related debt owed of approximately €2,000 and in the course of his Garda interview, Dempsey said that he and his parents had been threatened because of that debt.

In reply to Mr Roberts, Det Gda Colfer said there was a fair expectation that Dempsey, who is now back living with his parents in rural Waterford, wouldn’t come to further Garda attention beyond this incident.

Mr Roberts said his client, who had a history of substance misuse, understood the severity of the court proceedings, no longer associated with negative peers and was considered to be at a low risk of re-offending.

Declaring he will finalise sentencing on the matter at the start of the 2022 Trinity (Summer) Term, Judge O’Kelly told Mr Roberts that his client was “getting a chance and he’d better take it when I am in this benign mood. Do I make myself clear?”

While a further Probation Report was not required in this instance, Judge O’Kelly said that if Dempsey appeared before him inside the next 12 months, “things will go very sour for him”.

He berated Dempsey’s “stupidity” for allowing his bank account to be used by “serious drug dealers”, adding: “luckily the bank was alert to the fraud, though the company remains at a loss of over €28,000”.

During the previous day’s sitting, another Waterford student – a minor at the time of the offence – appeared for sentencing having pleaded guilty to laundering €30,480 between June 11 and 17, 2019. This case also involved a redirected invoice which had led to the misappropriation of monies between companies based in Cape Town and County Derry.

The guilty party, Mr O’Doherty said, had knowingly given her financial information to a third party, which had contacted her through the Snapchat app, to facilitate the fraud.

Gardaí said a sum of €500 had been promised to the account holder, monies she never subsequently received. She was arrested by appointment on March 3, 2o20 having pleaded guilty on February 23. The court also heard that Mr Roberts’ client was considered vulnerable by Garda investigators.

Mr Roberts said this episode had provided “an unfortunate learning curve” for his client and that she was ashamed of her role in the matter. 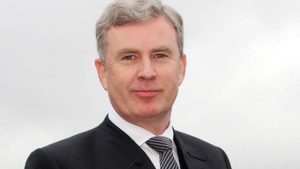 “This facility for fraud appears to becoming widespread,” said Judge O’Kelly, who gave the guilty party a “year to prove herself before I finalise the sentence… it’d be no harm if she was to do something positive for society over the next year”.

In summarising both cases, Judge O’Kelly cut an exasperated figure given the increasing prevalence of muling in Waterford, as presented by investigating officers.

“Perhaps there has not been enough publicity about the activities of such individuals (the dealers) who are demanding the bank account details and (bank) cards and then moving vast sums of money through such accounts,” he said.

“There will be no point in young people coming in here, saying they didn’t know about this. And if further young people allow their bank accounts to be used by drug dealers, then I’m going to have to take a more robust approach to this.”