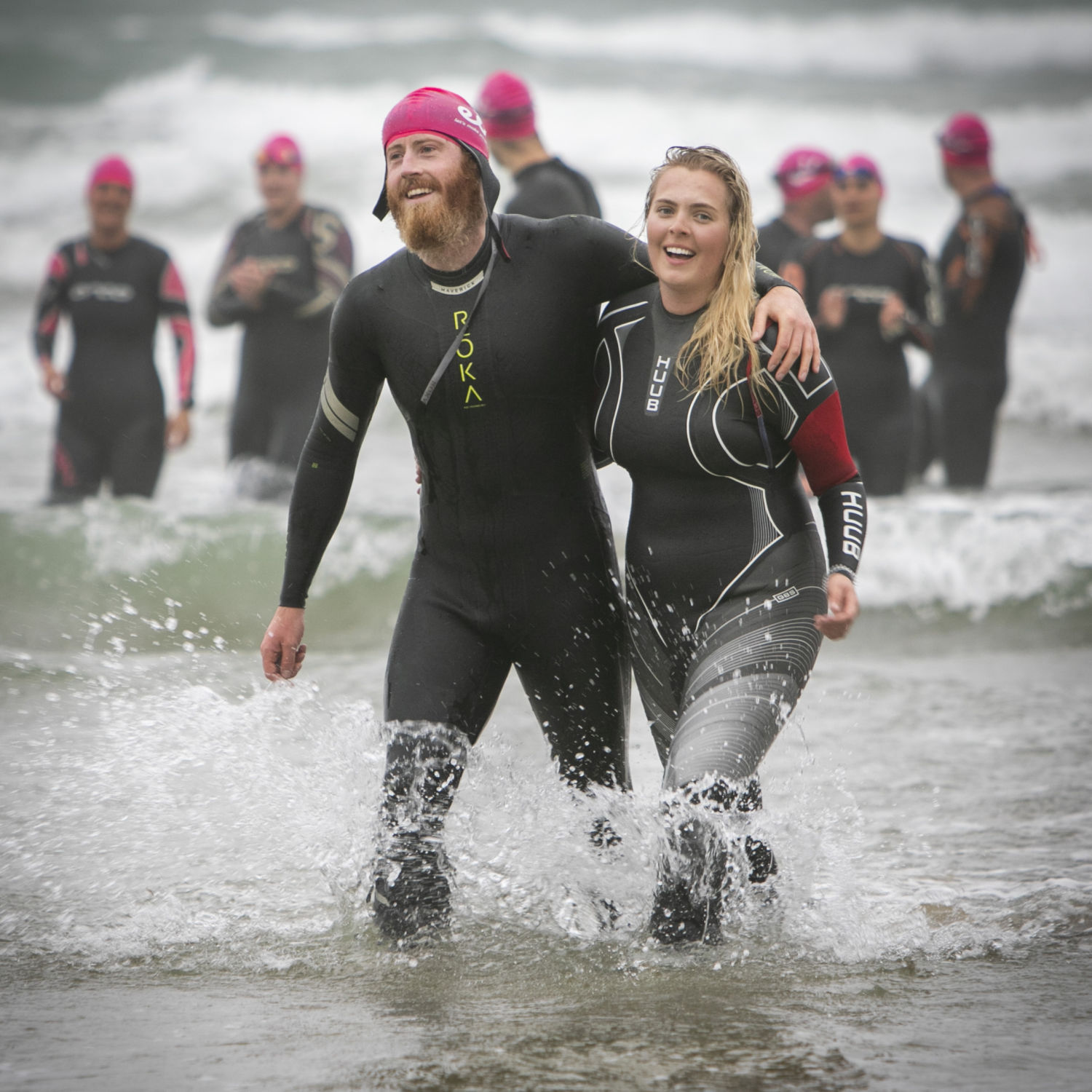 Alan Corcoran and his girlfriend Karolíne Opavá who also Kayaked the length of Ireland with him after they arrived back in Tramore.

In July 2019, Waterford’s Alan Corcoran completed his 500km length of Ireland sea swim from the Giant’s Causeway in Co. Antrim to Tramore in Co. Waterford.
In so doing he raised wonderful amounts of money for great local charities like the Solas Centre. That money has undoubtedly made a big impact on the people of Waterford and beyond and now he needs a bit of help.
The story of Alan Corcoran’s unprecedented sea swim for charity has all the hallmarks of a fascinating documentary. With the stunning backdrop of Ireland’s wild coastline, the story unfolds to show the succession of challenges faced during such a monumental undertaking. It’s a story that explores a person’s journey through grief and using the swimming project to channel the negative emotions into a worthwhile extraordinary adventure.
On Saturday Alan launched Kickstarter Crowdfund campaign to raise the funds needed to complete Emagine’s (www.emagine.ie/) ‘Unsinkable’ documentary about Alan’s journey from the very hopeful beginning to the nail-biting end. With nearly two terabytes’ of footage – hundreds of hours – gathered, the team’s ambition is to refine and produce a compelling 52 minute long-form documentary.
The ultimate goal is to enter the gripping documentary in as many national and international film festivals as possible to encourage the support of stroke and cancer charities and inspire personal pursuits, regardless of nature or scale.
Alan’s post-challenge studio interview with Emagine, recounting his experience, will drive the narrative, as well as an interview with his big brother, Evan. Emagine’s footage from ten film shoots recorded over three years reinforces the in-depth storytelling, along with footage from the EIR mobile phone campaign Alan participated in during the lead-up to the swim.
This professional footage is further supplemented by numerous insightful and candid self-shot pieces to camera with both Alan and his girlfriend and support kayaker – Karolina – as they progress through the challenges together.
Alan has received attention and plaudits from all over the world, ‘Alan embodies the adventure, joy and challenge of outdoor swimming. We can’t wait to see his adventure on screen’ – The Outdoor Swimming Society.’ 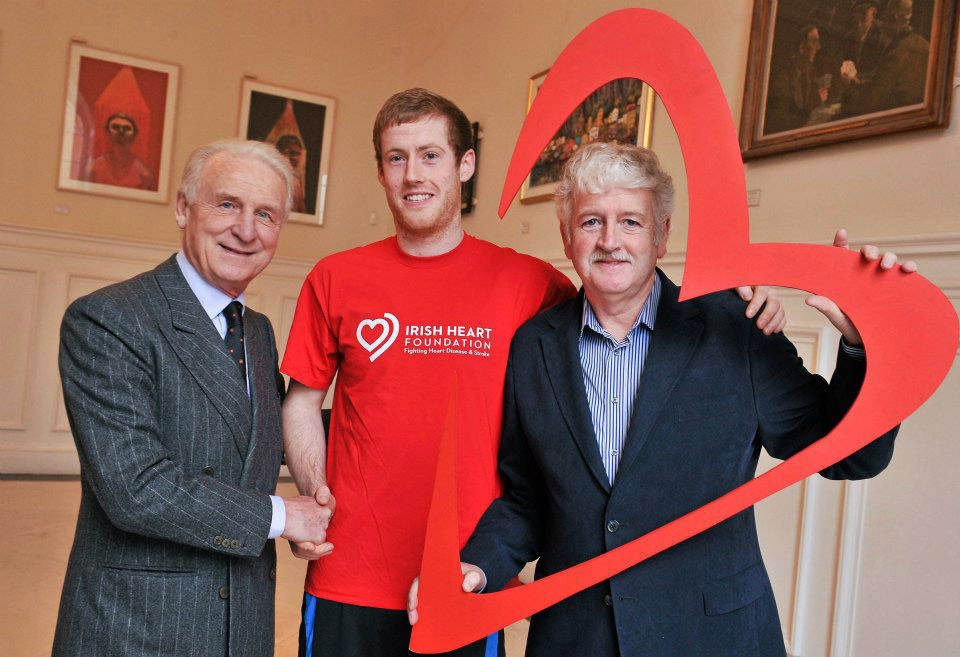 Alan with former Republic of Irelad manager, Giovanni Trapattoni and his late dad, Milo.
The documentary will consist of four parts of thirteen minutes each:

Part One
This section introduces Alan’s back story and his close relationship with his father, Milo. When Milo suffered a stroke in 2011, this shock was the catalyst that caused the chain of extraordinary events to unfold. Alan – an inexperienced distance runner – responded to this crisis by running 35 marathons in 35 consecutive days to raise €15,000 for stroke and sporting charities.
When Alan’s Dad lost his short battle with cancer in 2016, Alan’s reaction was to channel his grief into something constructive in his dad’s honour. That venture was to swim the length of Ireland – 500 kilometres in the freezing sea in aid of charity. An intense training regime wasn’t enough to get Alan to the finish line in 2017. The lack of adequate organisation, time, and naivety let Alan down, culminating in the sinking of his last-minute support boat purchase and depleted support team options near the halfway mark. This failed attempt raised €13,000 for cancer and stroke charities.

Part Two
Part two details Alan’s preparation for his second attempt at the swim in 2019. The training and planning occur in London – where Alan worked a full-time Local Authority desk job – before returning to Waterford to devote a month of full-time preparation for the swim. Part two is optimistic and shows Alan’s focus and the support of his close group of friends, while introducing logistical challenges, such as sourcing and transporting the 32-foot supporting sailboat, renamed ‘Unsinkable II’. 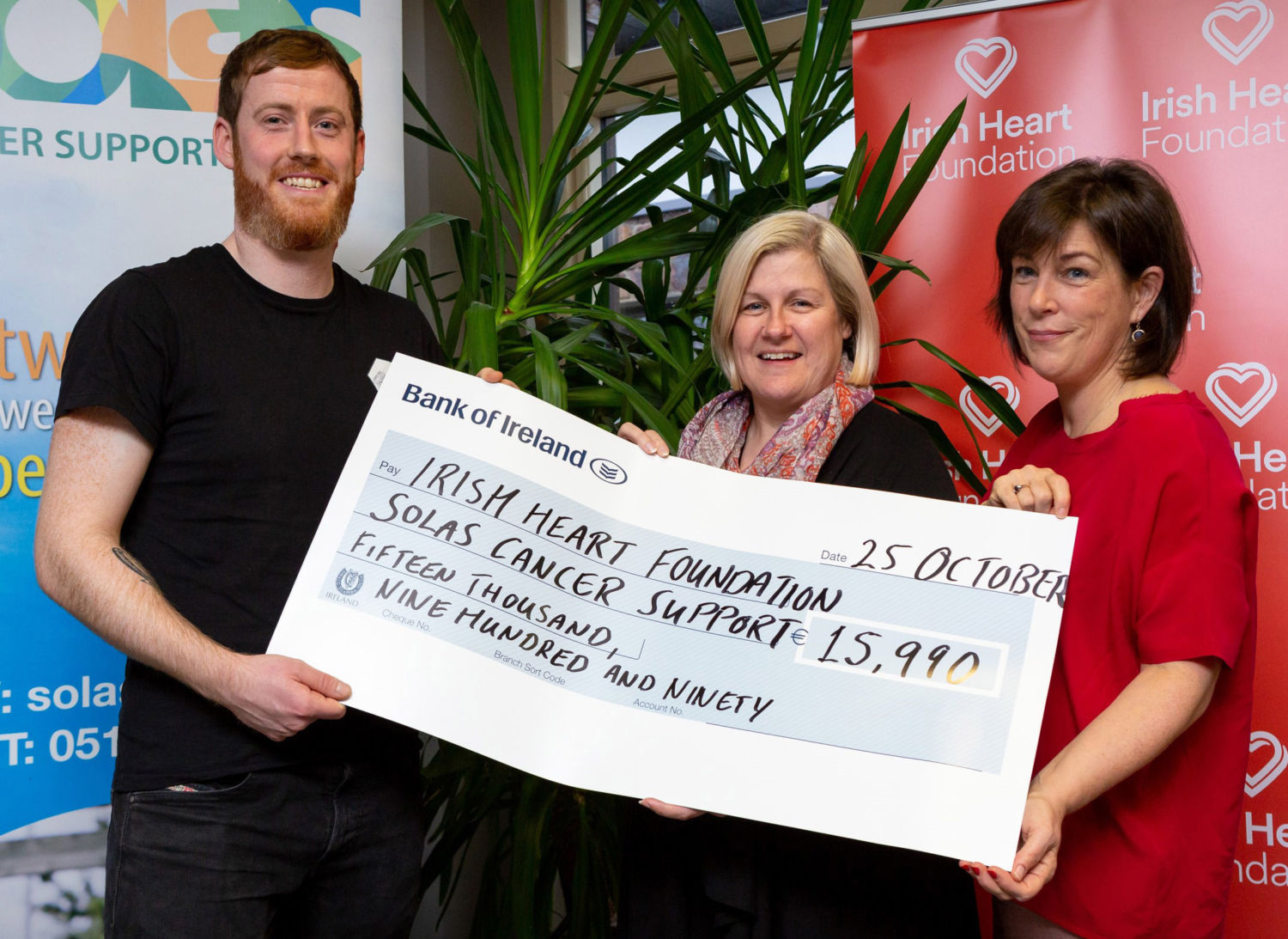 Part Three
Part three details the 53 days of sea swimming and the challenges faced by the adventuring couple, Alan and Karolina. Challenges include the cold, exhaustion, perilous sea conditions, jellyfish, volunteer support, Karolina capsizing, Alan falling down stairs and the dangerous task of swimming across busy shipping lanes. Between the pressure and uncertainty of meeting the ambitious deadline of an organised mass-participation charity fundraising finale and the tension created in Alan and Karolina’s relationship, viewers will be wondering will Alan make it and, if so, how?

Part Four
Will hazardous storms, delays and lack of volunteers be enough to prevent Alan from fulfilling his promise to complete the task by the 21st July 2019, when 100 swimmers have signed up and paid to partake in the final swim in Tramore, County Waterford?
This is a documentary that needs to be made and a story that must be told….it would be great if the people of Waterford could once more rise to the challenge to help out one of their own. I’ve no doubt they will.
For more information or details on Alan’s website: marathonman.com or you can contact him on Instagram: alan__corcoran; Facebook: 35marathonman/ or Twitter: @35MarathonMan.You can find Alan on Kickstarter at http://kck.st/3fRc4lx or via his website to Kickstarter at www.marathonman.co/swim-documentary-kickstarter/. 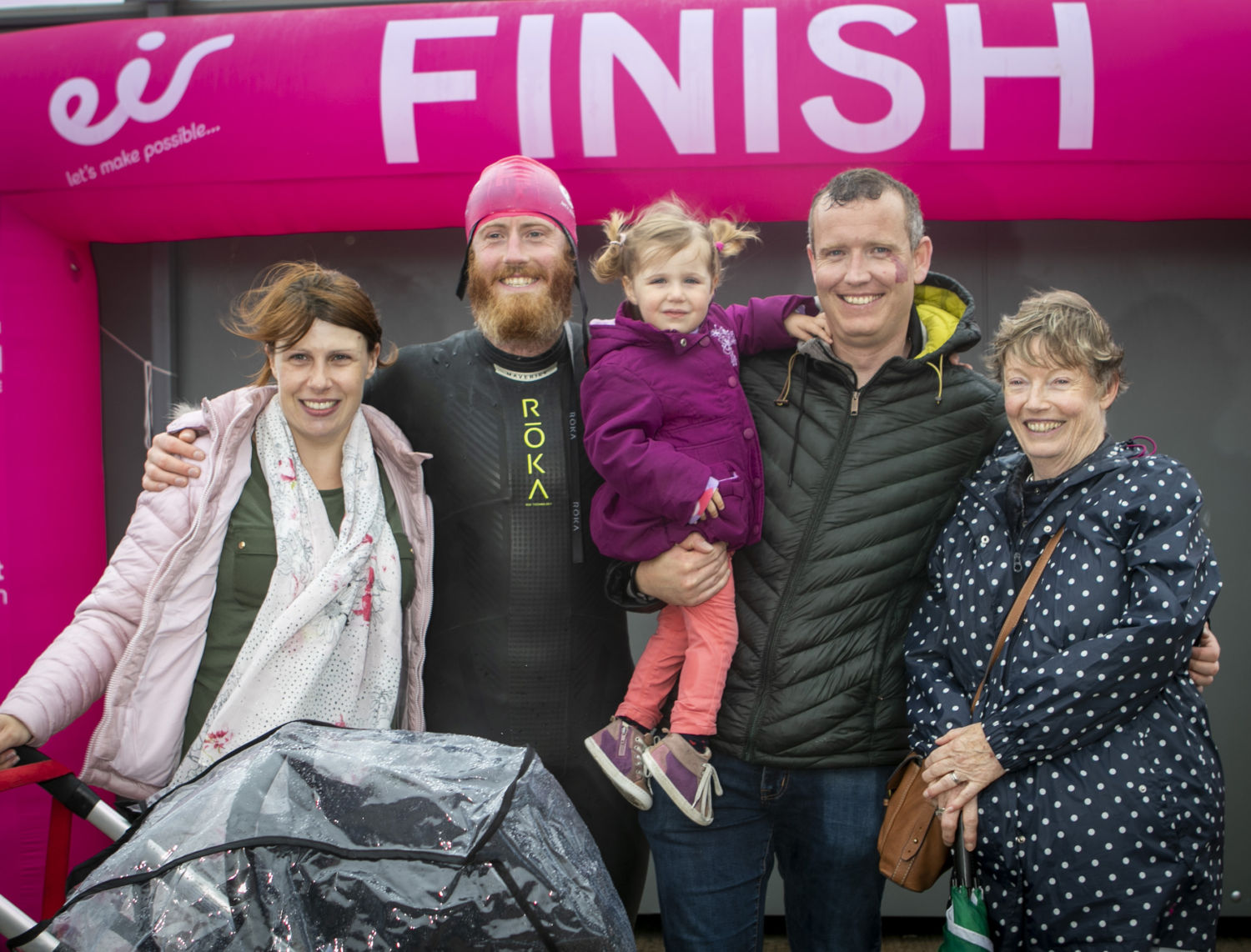 Alan is greeted by his family, Deirdre Corcoran , Aoibhe Corcoran, Even Corcoran and Marie Corcoran in Tramore in 2019.