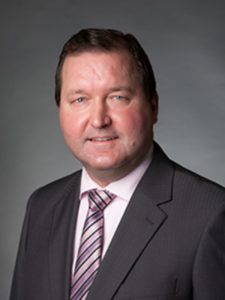 THE Coroner’s Court sat last Monday, May 31, to hear the inquests into four men, all of whom had died within the last 10 months in Waterford. The role of the Coroner’s Court is to determine the cause of the death in cases where a person dies unexpectedly or in circumstances which are not immediately explained. The Coroner’s Court does not apportion blame, it simply makes it possible for families to receive much needed closure, and most importantly a death certificate. Inquests of the four men, aged 40, 42, 39 and 86 years, were heard by John Goff, Waterford County Coroner.

Tragically, two of the men, aged 40 and 42, were found dead on the same day, in a men’s hostel in Waterford city on December 3 last year. Their families travelled from County Waterford to hear the verdict on the cause of death, which in the case of both men was found to be “death due to multiple drug toxicity”, as supported by the pathology reports of Consultant Pathologist in University Hospital Waterford, Dr. Mutaz Nur.

Gardaí and emergency services were called to the hostel on the afternoon of December 3, when a 40-year-old man was discovered in an unresponsive state in his upstairs bedroom. Despite the best efforts of staff and the Waterford Ambulance Service, the man was pronounced dead that evening. An autopsy later performed by Dr. Nur in University Hospital Waterford revealed evidence of sleeping tablets, Valium, antidepressants and morphine. It was his professional view that disturbances in the heart and brain systems would have been caused, due to the high concentration of medication in the blood.

On the same day, while Gardaí and staff were tending to the deceased upstairs, a hostel staff member discovered a 42-year-old man in his room downstairs. Gardaí were alerted and CPR compressions began immediately. Again, efforts were in vain and the man was pronounced dead, little more than half an hour after the resident upstairs. The pathology report noted the presence of multiple diazepam drugs, Valium, cocaine and amphetamines in the blood of the deceased.

Tragically, while both families were in the court room at different stages, both asked the same question, “Would he have known he was dying, would he have suffered?” Dr Nur offered comforting words of reassurance to both families, saying that in his professional opinion both men would have experienced a sudden death, without any suffering or knowledge of what was happening. Inspector Larry Sheahan said both men were personally known to him over the years and these dual events on December 3 were “a tragedy all round.”

In both cases, the families opted to list the residence of the deceased men, not as residing at the hostel, but at the family home. This act of kindness gave some comfort to both grieving houses.

In the case of a 39-year-old man, Mr. Goff said, “there is never a clear reason why, but we see this particularly with young men of this age. It is a very sad verdict.” The verdict in this case was found to be death caused by hanging on October 30 at an address in Waterford city.

In a statement which was read out in court, the sister of the deceased recalled that during a visit with him, her brother reported feeling lonely, sad, and he said his “head felt crazy”. An arrangement was made to the see the doctor the following day. That night, her brother phoned her to ask if they could speak the following morning between 7am and 8am as he felt he could explain things to her then. She set an alarm for 6:50am the following morning but his call never came. She went directly to his house where she discovered that he had died.

Coroner John Goff expressed his regret on the unexpected death of an 86-year-old man, who fell in his home last August, hitting his head against a radiator. At the time, the man experienced no concerning discomfort, apart from bruising, and for two days, he worked in the garden and lived his life much as he normally would. Unbeknownst to the deceased, there was a bleed on the brain brought about by the fall and he came in from a day spent working in the garden, complaining about a new headache. Following an admission to University Hospital Waterford, he died on August 19.

Following evidence given by the pathologist, John Goff reached a verdict of death that was “secondary to a head trauma caused by a fall.”

Speaking to the wife of the deceased man, he said this was “a very simple accident with a very tragic result,” while Inspector Larry Sheahan echoed those sentiments saying nobody could have foreseen this accident, or indeed this result.

Receiving an official verdict on the cause of death is usually the final event in what is, without doubt, a very long and difficult time, and allows the family time to navigate their journey forward in grief.