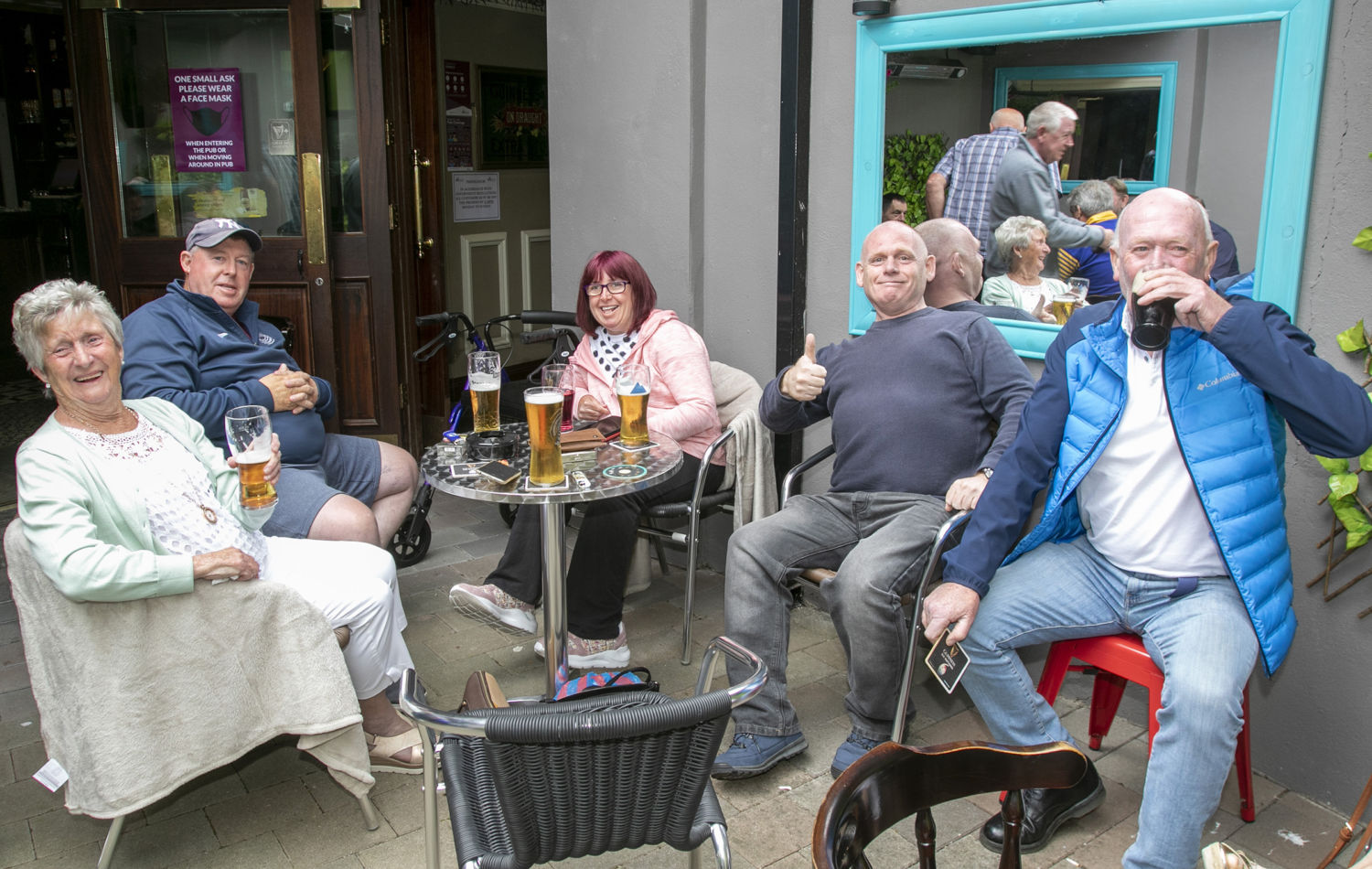 THERE isn’t a gazebo to be had anywhere in Ireland and the outdoor furniture is selling like hot cakes. Having been dragged kicking and screaming into the notion of pedestrian areas, planting trees, wildflower verges and creating cycle ways, we are beginning to embrace a new lifestyle. Maybe not because we dreamt it up out of love, but more because we absolutely have to or our social lives are over.

We are changing how we live because now we have no choice. Creating an outdoor summer is the first challenge. For someone who had an outdoor Christmas, being outside in an Irish summer is something beautiful to behold. We had our very first family reunion in the garden and unlike Christmas when we nearly froze to death, the weather was positively balmy.

Our offspring had bought us onesie ski suits, very like what you would see a paramedic wearing in a disaster movie. These suits were designed to keep us oldies cosy while we had winter BBQs and wet picnics during the hard times. But now with the hawthorn in full bloom, we can “cast a clout” and strip down to mere woolly jumpers and scarves while we sit outside on our new patio.

‘Is it really an attractive prospect to literally sit out on the side of the road having your coffee while cars stack up creating traffic jams and fumes?’

It’s all about imagination and thinking outside the box at this stage. It’s gone way beyond looking to anyone else to fix our limited view of the world. Waterford was ranked at the top of the liveable city index because of lower house prices, sunshine and proximity to natural amenities. So we should be way ahead of the Living City, outdoor summer game, not lingering and waiting to see what everyone else is doing. We have some great advantages to start with so how are we going to make the best of them?

When my Grandmother worked in Hearn’s on the Quay, at the beginning of the last century, she always said Waterford was like Paris; beautiful women wearing stylish coats, fresh air from the sea coming up the river, plenty of handsome working men. There is still something special about wandering around this city; enjoying a coffee on the street, a beer on the quay.

But in spite of the index that ranked Waterford as Ireland’s most liveable city, there is something amiss and it’s not just the lack of a developer for the North Quays. The inner city isn’t thriving the way it should be and it’s going to take a big leap of the imagination to fix it.

I know we have a Living City Plan but bringing this to life is more than just tax incentives.

We have to stop relying on the notion that attracting shopping centres, UK chain stores, car parks and more traffic will fix this. The focus on cars is going down the same route as other places, when it’s the cosiness, the river, the pedestrianisation and the history that makes Waterford unique.

Walking around the town of Castlebar a few years ago I was astounded at how deserted it was. It was summer and a beautiful day, so why weren’t the streets buzzing? Somewhere in the middle of town I suddenly came across a crowd of shoppers with bags. Exactly as in Waterford, there was a huge Penney’s on that street and it was literally the only thing that was alive in that town.

A living city needs residents who want to be out and about in their own locality. Waterford badly needs more people and families to live in the city and socialise, shop and find their leisure here. If the residents don’t love it, who on earth will?

The first priority should always be ourselves; not investors and not tourists. It’s a matter of “build it and they will come.” If we make more of our green spaces, beautiful walks by the river, trees everywhere, lots of small shops and art centres, history on show, safe play spaces for families, lovely benches to sit and watch the world go by, yummy food markets and a sense of community, the city will become a place for all of us to enjoy.

It’s the same issue in Tramore. Many of us locals love the cafes and shops, but is it really an attractive prospect to literally sit out on the side of the road having your coffee while cars stack up creating traffic jams and fumes? Why not close a whole section to cars? It would make it even easier for disability access and there is huge space for car-parking at the end of the Prom.

Maybe this pandemic is an opportunity rather than a threat to our prosperity? We have to be more creative and think outside the box to beat the virus, but as Waterford has a good head start it could lead to a better quality of life too.