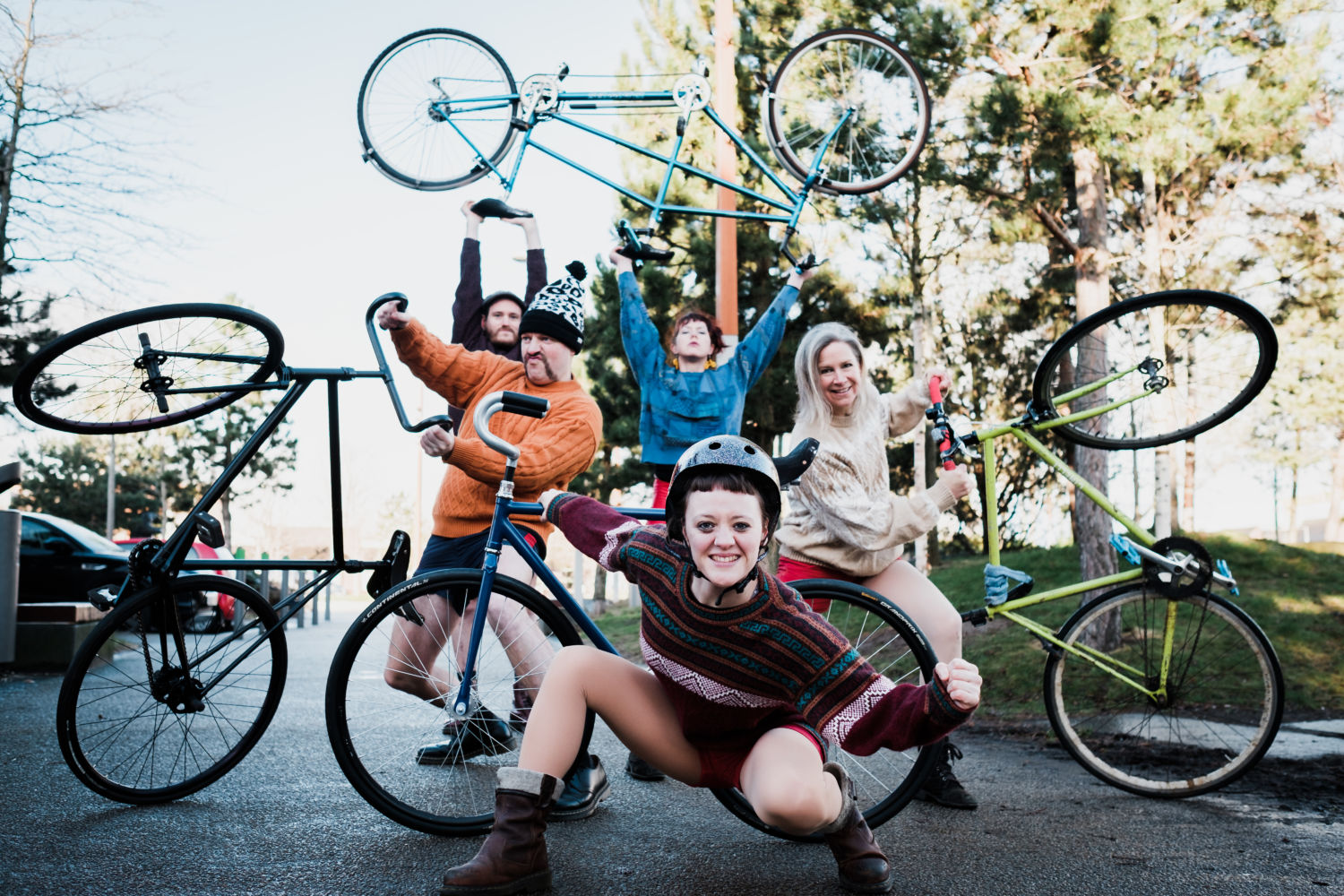 Caption: Tumble Circus who will perform Cycle Circus at Greenway Spraoi in August. Artistic Director, Mike Leahy, is hoping that Spraoi will be able to get back to the street performances that it is renowned for.

IN news that is sure to brighten up everyone’s summer, Spraoi is set to deliver a season of street arts, spectacle and music presentations to the public spread out over the month of August at locations in the city and along Waterford Greenway.

Due to continuing Covid-19 uncertainties the much-loved International Street Arts Festival cannot be presented in its traditional three-day format once again this year. Instead, there will be a whole ‘Summer Season’ of Spraoi magic for everyone to enjoy.

According to Director of Spraoi International Street Arts Festival, T.V. Honan, the new model has been designed in response to Covid-19 contingencies. “Spraoi Season will disperse audiences over time and locations while still offering hospitality providers with a series of unique visitor attractions.

“To spread audiences over distanced locations both City Spraoi and Greenway Spraoi will present performances at the same time, but at different sites daily. There will be at least five distanced shows and sites at any given time.”

Spraoi’s original production this year is Prism, a large-scale art installation structure and temporary performance space. The ticketed event will be held at Waterford Courthouse for seven nights at 9pm.

“The structure is designed and built at Spraoi Studios. Seven pieces of original music will feature nightly, echoing seven colours, which merge and form white light. Prism will be a visionary production partnered by Bausch + Lomb. It will be presented at dusk nightly when both structure and courthouse will be illuminated,” T.V. said.

Artistic Director Mike Leahy said the Prism is almost a temple of sound, light and performance or a unique celebration of different art forms. “The idea is there will be an hour-long show every evening featuring a live orchestra and professional performances. The audience is invited to come along and inhabit this space that Spraoi has created,” Mike said, without giving too much away.

In terms of the city offering, Mike is hoping that Spraoi will be able to get back to street performances that it is renowned for. Six locations will be identified and two companies will perform in the same location at the same time to allow everyone to enjoy them in a safe way. Spraoi also have a plan B in mind should things change in the meantime.

Whereas, on the Greenway, Mike said, “Over four days you can come along and see two to three shows a day by five Irish companies. The idea is they will all happen at the same time in different locations, and again we are limiting numbers at specific locations on the Greenway spreading all the way down to Dungarvan.”

Meanwhile, it is hoped that Participate Spraoi will include pop up happenings and exhibitions and maybe even some live music events.

Mike agreed that this year’s offering is a big departure from the usual high octane, crowd pleaser that is the Spraoi festival, but said that the pandemic has provided a great reason for the team to try something new. “Now we have amazing locations along the Greenway… We all have been out there on our bikes and the idea is you head out and catch a show and go somewhere else and see another one. It will be a very unique experience.”

Most performing acts have now been booked and their details will be announced over coming weeks in the Waterford News and Star.

Audiences can rest assured that all events will be staged in outdoor settings, as recommended by Government and all health authorities as the safest environment for family, hospitality, arts, social and sporting activities. The framework is structured to meet all likely August Covid-19 contingencies and is planned in co-operation with all relevant authorities.