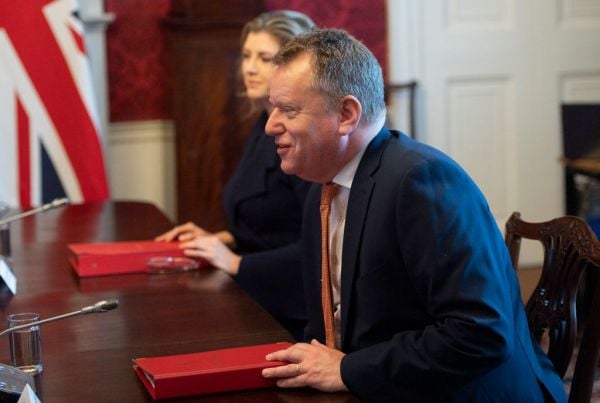 The Belfast Agreement has been put at risk by the implementation of the Brexit divorce deal in Northern Ireland, British prime minister Boris Johnson’s top Brexit negotiator said on Wednesday.

The United States has expressed grave concern that a dispute between London and Brussels over the implementation of the 2020 Brexit treaty could undermine the Agreement, which effectively ended three decades of violence.

After the United Kingdom exited the bloc’s orbit on January 1st, Mr Johnson has unilaterally delayed the implementation of some provisions of the deal’s Northern Ireland Protocol and his top negotiator has said the protocol is unsustainable.

“It’s super important that we keep the purpose of the nature of the protocol in mind, which is to support the Belfast Good Friday Agreement and not to undermine it, as it risks doing,” Brexit minister David Frost told MPs in Westminster.

The 1998 peace deal largely brought an end to the Troubles in the North, in which 3,600 people were killed.

Mr Johnson has said he could trigger emergency measures in the Northern Ireland protocol after its implementation disrupted trade between Britain and its province.

‘Time is running out’

The protocol aims to keep the North in both the UK’s customs territory and the EU’s single market.

The EU wants to protect its single market, but an effective trade border in the Irish Sea created by the protocol cuts off the North from Britain – to the fury of unionists.

Mr Frost said London wanted agreed solutions to enable the Protocol to operate without undermining the consent of either broad community in Northern Ireland.

“If we can’t do that, and at the moment, we aren’t making a lot of progress on that – if we can’t do that then all options are on the table for what we do next,” Mr Frost said. “We would rather find agreed solutions.”

Asked if the Britain would invoke Article 16 of the Northern Irish Protocol to force a rethink, Mr Frost said: “We are extremely concerned about the situation.

“Support for the protocol has corroded rapidly,” Mr Frost said.

“Our frustration … is that we’re not getting a lot of traction, and we feel we have put in a lot of ideas and we haven’t had very much back to help move these discussions forward, and meanwhile … time is running out.”

Minister for Foreign Affairs Simon Coveney said in response that the North’s trading arrangements were not a threat to the territorial integrity of the UK, but simply a means of managing disruption from its exit from the EU.

“Don’t know how many times this needs to be said before it’s fully accepted as true. NI Protocol is a technical trading arrangement to manage the disruption of Brexit for the island of Ireland to the greatest extent possible,” Mr Coveney said on Twitter.