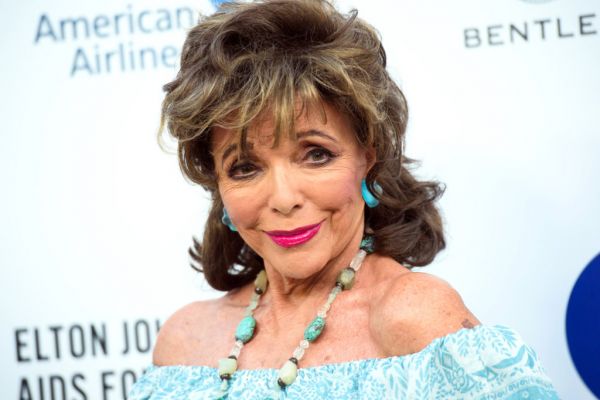 Joan Collins has said her sister Jackie “did the right thing” by not telling her about her initial cancer diagnosis.

The Hollywood actress, best known for starring in the US TV series Dynasty, said her younger sibling had wanted to avoid being pitied by those close to her.

However, appearing on Piers Morgan’s Life Stories, Joan also said Jackie had “done the wrong thing” by not going for a mammogram earlier.

Her 88-year-old sister said: “I think in that respect she did the right thing because she did not want pity. It is a similar thing that daddy did with mummy when she had cancer.

“But I think she did the wrong thing because I had been telling her for years that you have to go and have a mammogram.

“Finally she was dragged there by Tiffany her daughter and that is when he said: ‘You have got stage four cancer.’

“She told me in the south of France. She called and she said, ‘I just want to tell you something… I don’t want you to get upset.’

“And she said: ‘I’ve got stage four cancer,’ and I said: ‘How is that possible?’

“I know you can do so much these days, so I didn’t really worry about it too much, because I really thought…

“My motto was: ‘Always look on the bright side.’ I always thought she would beat it.”

Asked for her view on the Duke and Duchess of Sussex, Joan told Morgan, who recently left Good Morning Britain after making comments about the duchess: “My lips are sealed on that subject. I’m not going to go on national TV and say what I think about Meghan and Harry, because look what happened to you.”

Joan also recalled the advice given to her by Marilyn Monroe upon her arrival in Hollywood as a young woman.

She told Morgan: “She said: ‘Beware of the wolves in Hollywood honey, because if they don’t get what they want they will cancel your contract.’

Joan recalled being invited to meet a film producer in New York aged 25 only to find him undressed in a bath.

“There was an air of misogyny,” she said.

“That was the world, and for a lot of young girls at that time, particularly if you were good looking, it was tough.”