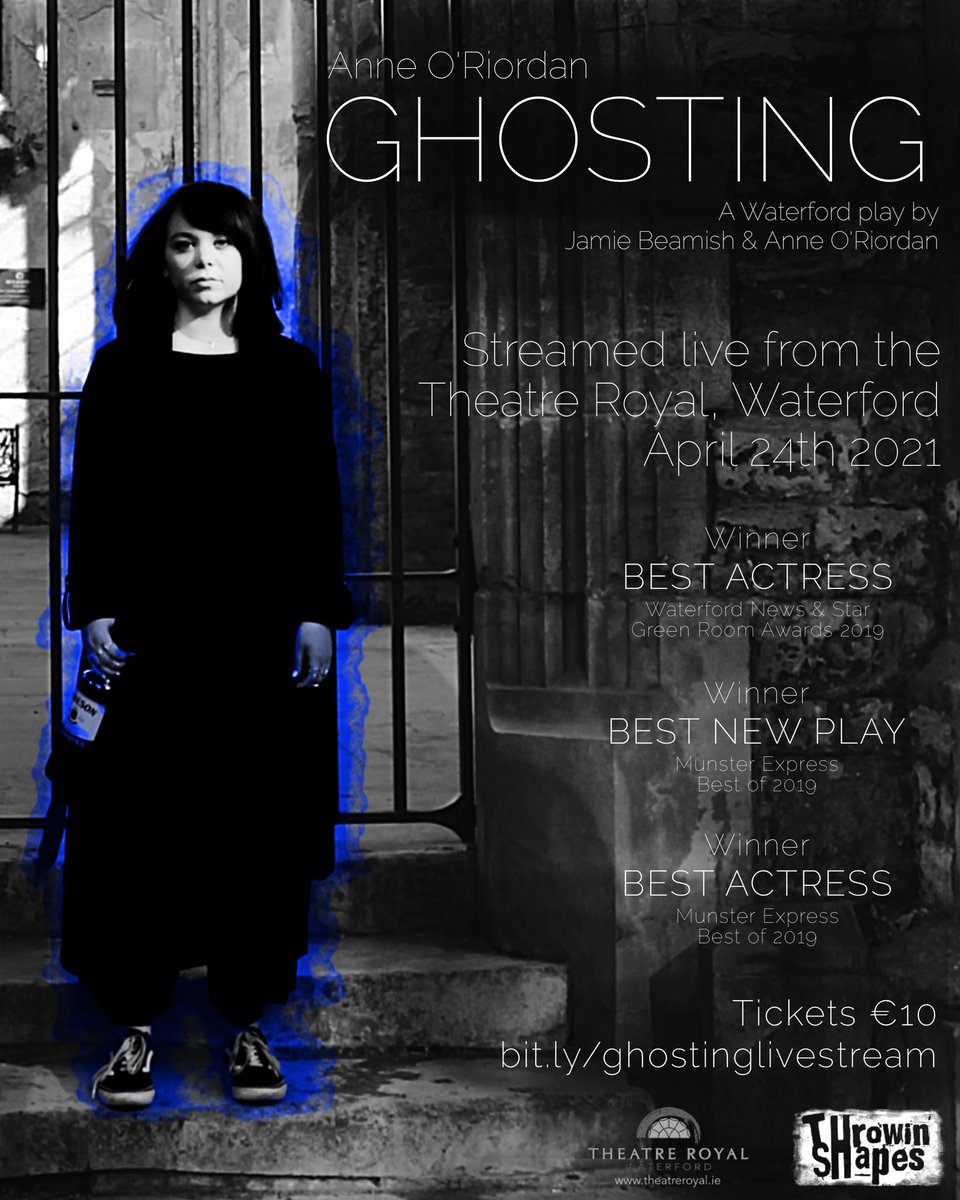 GHOSTING, written by Jamie Beamish and performed by Áine ní Ríordáin, was first performed at the Theatre Royal last year and Áine received the much-coveted Green Room Award for ‘Best Professional Actress’ for her outstanding performance. The Theatre Royal broadcast a live digital performance in April and that digital performance is now to have its New York Broadway screening in the New York’s Summer 2021 Online Season with the Irish Repertory Theatre.

Jamie, who stars in Bridgerton and Derry Girls, is just over the moon at his latest success. “I am completely buzzing to have Ghosting be part of the Irish Repertory Theatre New York’s online season,” Jamie commented. “They’ve been leading the way making sure people have access to great theatre throughout the pandemic and it’s an honour they wanted our little show.”

Ghosting will be available from today, 22nd June, to 4th July from the Irish Repertory Theatre and tickets, which are free, are available from irishrep.org. There are also matinee performances available, which might be more suitable for Irish audiences given the time difference.