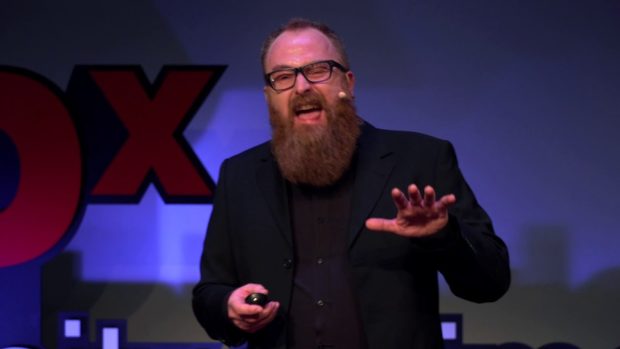 LAST week, the successful applicants for the Live Performance Support Scheme (LPSS) were announced with 237 projects were funded from over 400 applicants. And in the interim, there’s been a lot of talk about it in both local and national media outlets.

It’s heartening to see some new names in amongst familiar names that appeared in the first version of this funding scheme awarded back in November 2020.

This scheme has been improved slightly to include performances for non-ticketed events and performances by acts that don’t play original music, but the process is far from perfect. Detailed feedback and transparency around the selection panel is causing some concern.

Two of the issues that were raised in County Waterford were that only one project in the county was granted funding and questions have been raised around why more people didn’t know this funding was available.

This second iteration of the LPSS funding scheme was announced by Minister Catherine Martin in March and that announcement was covered by The Irish Times, RTE News and a host of other outlets.

I don’t know anyone involved in the performance, promotion and management of live events that wasn’t aware of this scheme. Coverage was widespread, especially among music industry professionals.

To say that Waterford was poorly treated in the allocation of this funding and only got one project funded is an oversimplification.

Our band and crew are based in Waterford and we will receive funding through this scheme. We will be working with Waterford Spraoi on a live performance in September. We’ll be hiring a team locally to work with us on the event. At least 16 people will be employed between now and the performance in September. The funding for this project was awarded to our booking agent in Dublin, and didn’t show up as being based in Waterford.

In the previous version of this scheme music industry, professionals based in Waterford were hired by venues and promoters around the country to work on their projects. I’ve already been asked to work on a project in Cork. Money from this funding scheme will make it back to the county, albeit through events staged elsewhere.

Something that is highlighted by this scheme is how Waterford city suffers from the lack of a dedicated live music venue, the infrastructure of promoters and the support of professional venues. Galway has The Roisin Dubh, Limerick has Dolan’s, Cork has Cypress Avenue, Kilkenny has The Set and we used to have The Forum.

Stephen Butler runs Labyrinth Management and Events; he lives in Tramore, and he’s been running and promoting imaginative and worthwhile events in Waterford for years.

When Stephen looked to carve out a successful career for himself there was no dedicated live music venue in the county that could employ him. Stephen works for The Set in Kilkenny, where he successfully helped them secure €182,021 of funding from this scheme. Well done to him and to The Set.

Stephen does a great job, and he managed to hire musicians from Waterford from the previous round of funding, he’s likely to do so again. I’m sure he’d rather be working in Waterford, he continues to run events here off his own bat, but there is no dedicated live music venue here for him to work in.

In the submission for the Waterford City and County Development Plan from Waterford Institute of Technology (WIT), one area that was highlighted for consideration was the lack of a dedicated music venue in the city, and this issue goes beyond securing performance grants.

When businesses and individuals go in search of a base for themselves, one of the things that is high on their list of considerations is quality of life.

A vibrant live music scene is a key consideration in the life of a city. Even though we have some great gigs happening, with promoters and organisers doing some great things, we’ve fallen well behind other Irish cities in this regard.

The Live Performance Support Scheme list does highlight some important issues for Waterford, but they go deeper than the amount of money awarded. The thing that causes me most concern about this scheme isn’t who was awarded the grants, but who didn’t get the grants and how the thing is being used.

Three weeks ago, Fáilte Ireland issued guidelines that stated “No live/loud music”. On foot of this thousands of musicians had gigs cancelled and they are still being prevented from working.

We are now in a situation where a harpist can’t play acoustically in the foyer of a hotel, but a bunch of strangers can get into a swimming pool together.

Awarding 237 projects funding is a drop in the ocean, and isn’t much use to the thousands of music industry professionals who are being kept from working, illogically in some instances. One of the criteria of qualifying for this funding scheme is that all performances and promotion will display government branding. It’s being effectively used as a distraction and a PR vehicle.

We were told that the first pilot gig in the Iveagh Gardens would include testing and relevant data gathering. It didn’t. Instead, it was used as another effective PR vehicle with Minster Martin posting videos of herself dancing at a gig that didn’t deliver on what it promised.

I talked to music industry professionals who worked on that show, they too expressed their frustration with the outcome.

The Live Performance Support Scheme is a very expensive plaster that’s being used to patch up a gaping wound, it’s purpose being to distract from real support and delay a review of unfounded blanket guidelines that are keeping thousands of music industry professionals out of work.

We all deserve better, and tomorrow (Wednesday June 23 at noon) at the Garden of Remembrance in Dublin, I’ll be standing with my friends and colleagues to ask for better.

If you care about music and how the people who make it are being treated, it’d be great to see you there too.

Mark Graham plays with the band King Kong Company, Produces and Presents The Irish Music Industry Podcast and teaches on the BA Music course in WIT.