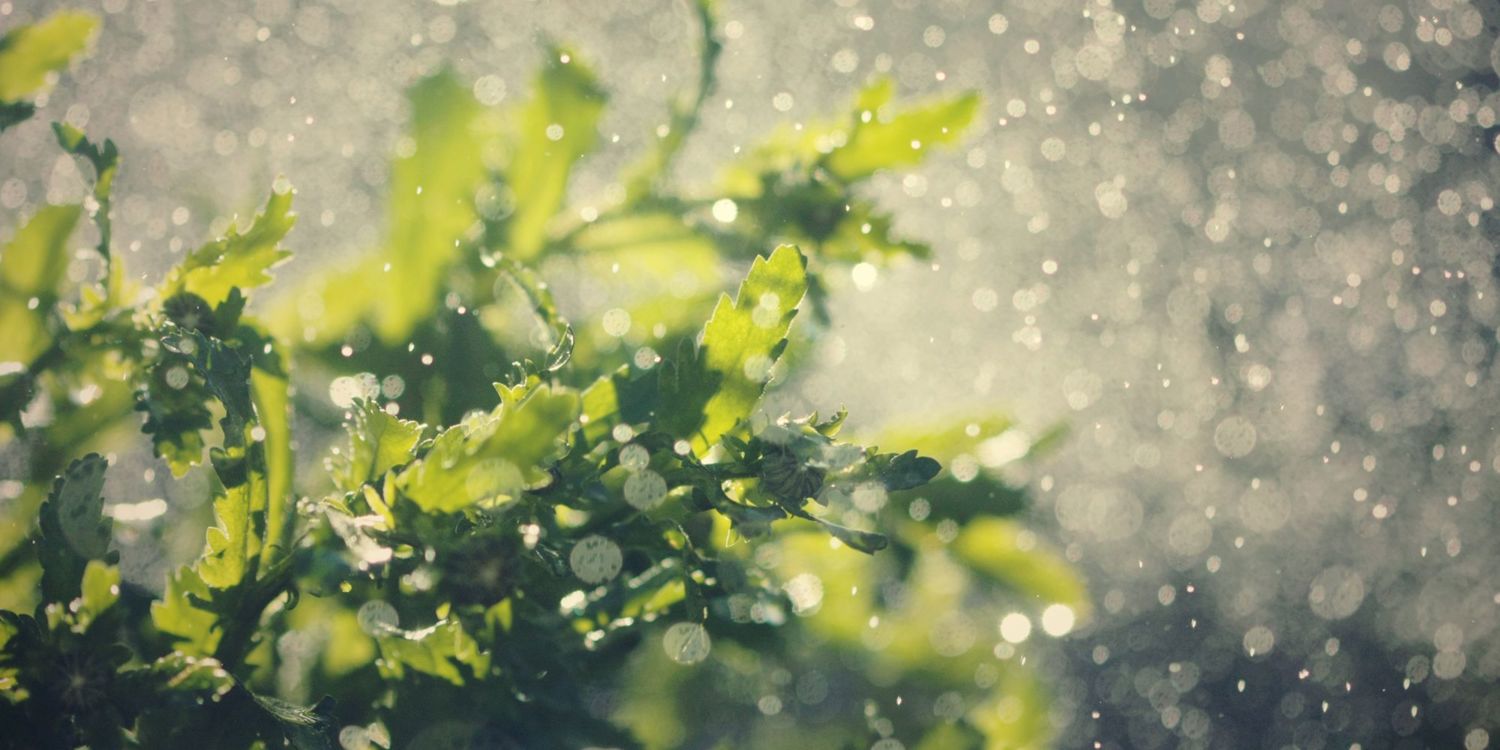 YOU know you are getting old when you are delighted to see a bit of rain for your garden. It might be the first time that this has happened to me and I blame the pandemic. Usually I would have taken off somewhere by this stage or would at least have been having some kind of a summer holiday. This year for the first time, instead of a holiday I have a garden, a proper garden, that has actually been tended through the winter. I’m now one of those old dears with flowers and seedlings to mind who looks forward to a drop of rain.

Waking up this morning, I was happy as Larry to see buckets and buckets of rain lashing down on my trees and veg patch. Within a few hours the garden was looking like a tropical jungle and everything was glistening happily after the long indulgent shower. There’s even a word, petrichor, for the delicious smell of the land after rain. Mmmm.

‘I finally got the opportunity to become fully vaccinated after an eight-week wait. With the rain bucketing down the silver brigade that I am now a part of were queuing under the shelter of a marquee. ‘Wouldn’t you wish we were at a rainy wedding or a music festival’, a woman in front of me muttered’

I had been getting used to watching birds having dust baths and every evening pouring a few bucket loads on my young trees. At times I was even finding some of the very hot days almost too much and seeking a bit of shade. But as we all know, Irish people are never fully happy about our summer weather. It’s either too hot or it’s not hot enough.

My age is showing too in the way that I’ve started to follow the Irish Weather Forecast every day after the Six One News. I could do a very detailed analysis of everything that is wrong with these presentations and who is better than whom. For now let me just say that they get it all wrong far too much of the time!

So today, with rain spreading from the west and filling up my thirsty plants, I finally got the opportunity to become fully vaccinated after an eight-week wait. With the rain bucketing down the silver brigade that I am now a part of were queuing under the shelter of a marquee. Wouldn’t you wish we were at a rainy wedding or a music festival, a woman in front of me muttered. We tried our best to have some craic but between the muffled masks and the noise, it was impossible.

Instead we waited silently and every so often took a few paces forward. In truth I was far more anxious than I had been for my first shot of AstraZeneca. This was partly because of a very sore post injection arm which lasted for weeks and also because of the vaccine envy of some super duper whizz bang vaccines, which seem to be a bit more effective. As the weeks since that first shot passed, younger people than me became fully vaccinated and it seemed an endless wait until the 12 weeks would be up.

When I finally reached the vaccination booth, I was reassured that the vaccine injection would be in a new spot and immediately I could feel that this shot was easier and not as painful. I have no idea why the first one hurt so much, but I reckon it was less to do with the vaccine and more about the way it was administered.

I certainly felt lighter leaving the WIT Arena and heading back out into the rain, although it will take 15 days to be as close as possible to being fully immune. My mind immediately wandered in the direction of what I would do first; hug my adult children was definitely top of the list!!

Getting back on the road is the next fantasy. I’ll take anything, even a sodden wet week in the west. So many of my childhood holiday memories are of wet ones anyway. The days when swimming in the rain was one of life’s great pleasures and welly boots were packed as standard.

Out west was always colder, damper and foggier than home. I can clearly remember being blue with the cold, teeth chattering and still refusing to get out of the sea! I’m not sure I am still quite that enthusiastic about such appalling weather but the old pandemic has a way of making you see things differently.

I’m watching the weather forecast again. Something cool is coming from the north while something else is bringing spells of rain and scattered showers. But hey, at least I’m double vaxxed!