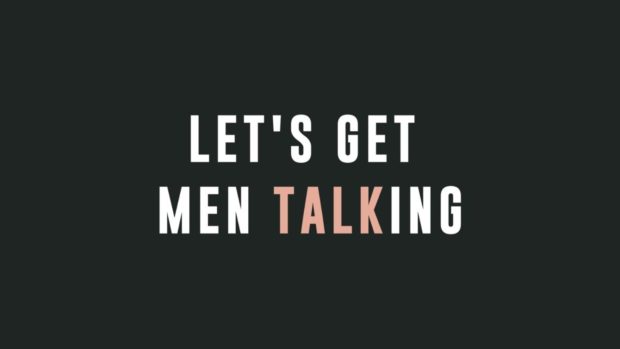 The View from the Blue, as featured in this week’s Waterford News & Star

I FIND it fascinating how relationships have changed over the last 70 years or so. Today’s generation would have grown up watching their fathers and grandfathers working hard during the day and playing even harder at night, in most cases while the women ran the house and raised the children. That was just how it was, which is how societies seem to be run. It’s rarely about what’s right or what’s logical – the pattern of the fabric tends to be ‘what’s the norm?’

As a consequence, children tend to grow up closer to their mothers and closer to the family on their mother’s side. It was an inevitable reaction to the societal norms of the day. Nowadays, however, things have changed, and not necessarily for the better. To set the mood, let me quote some lyrics from the song that was the most popular first dance at a wedding in the 2000s.

“From this moment, I have been blessed, I live only, for your happiness, And for your love, I give my last breath, from this moment on,” said Shania Twain, sounding like some kind of stalker. “You’re the reason I believe in love, And you’re the answer to my prayers from up above, All we need is just the two of us, My dreams came true because of you.”

Can you imagine a woman singing that song to a man in the 1960s? She’d be abruptly, but politely, told to sit down and stop making a scene. This is what has happened though. Since the turn of the century, millions of men and women have chosen to quietly, but resolutely, cut ties with their friends so they can live in the pockets of their lovers. This is not how humans were ever supposed to live and you only have to look at the amount of affairs, divorces and broken homes in Ireland to see how it’s not a text book way to maintain a relationship. As a wise man once said to me – we don’t have a housing crisis in Ireland, we have a relationship crisis.

There’s another fall out of this though, and it’s what I want to talk about this week. There is a significant amount of men in Ireland who have no close male friends. They used to have good pals, and then they started a relationship, and got married, and now they just have people that they “know”. Acquaintances maybe. You might use the word friends, but in reality, if you can go 2-3 weeks without seeing or hearing from them, they’re not really friends.

Here’s a little test to see if you have a good male friend. Think about these three scenarios, and ask yourself, if they happened to you, would you have a close friend that you could talk, openly and honestly, about them? 1. You suddenly find that you’re unable to perform in the bedroom. 2. You suspect that your partner is cheating on you. 3. You accidentally killed someone with a shovel. Okay, the last one is a bit dramatic but it deserves to stay in there nonetheless. If you have imagined those three scenarios and suddenly realised that you don’t have a friend in your life that you talk to frankly about them, then you have a very serious problem.

80% of the suicides that happen in Ireland are men. There are some fundamental reasons why this is, such as drugs and crime, which men seem to get involved with at an alarmingly faster rate than women. Men are also, apparently, not as good at talking as women. Men have these giant, fragile egos that can bring their whole world down on top of them for the absolute stupidest of reasons. At least, they look stupid from the outside looking in. Men can take the tiniest slight on their person deeply to heart. They can catastrophize about a situation 20 times faster than a woman can, and they can convince themselves, at lightning speed, that the world would be better off without them.

This is why, I strongly believe, that men need other men to talk to on a weekly basis – at the very least. They need a man to listen to their worries and to tell them to cop on. They need a man to tell them that the thing they’re worrying about is something that they worry about too. They need a man to say, “Hey, I can help you out with that – don’t be worrying about it.” They need a man to give them the gift of perspective. The gift of knowing that you’re not the only person in the world who has pressed the self-destruct button and almost brought their whole world down on top of them. If you’re a man who spends so much time with your partner that the novelty of her is almost as old as your Confirmation rosette, then for the sake of your relationship, you have to have a chat about space. If you can’t remember the last time you had a heart to heart with another man, then you need to get on that phone and start reconnecting. Your relationship, and your life, may depend on it.