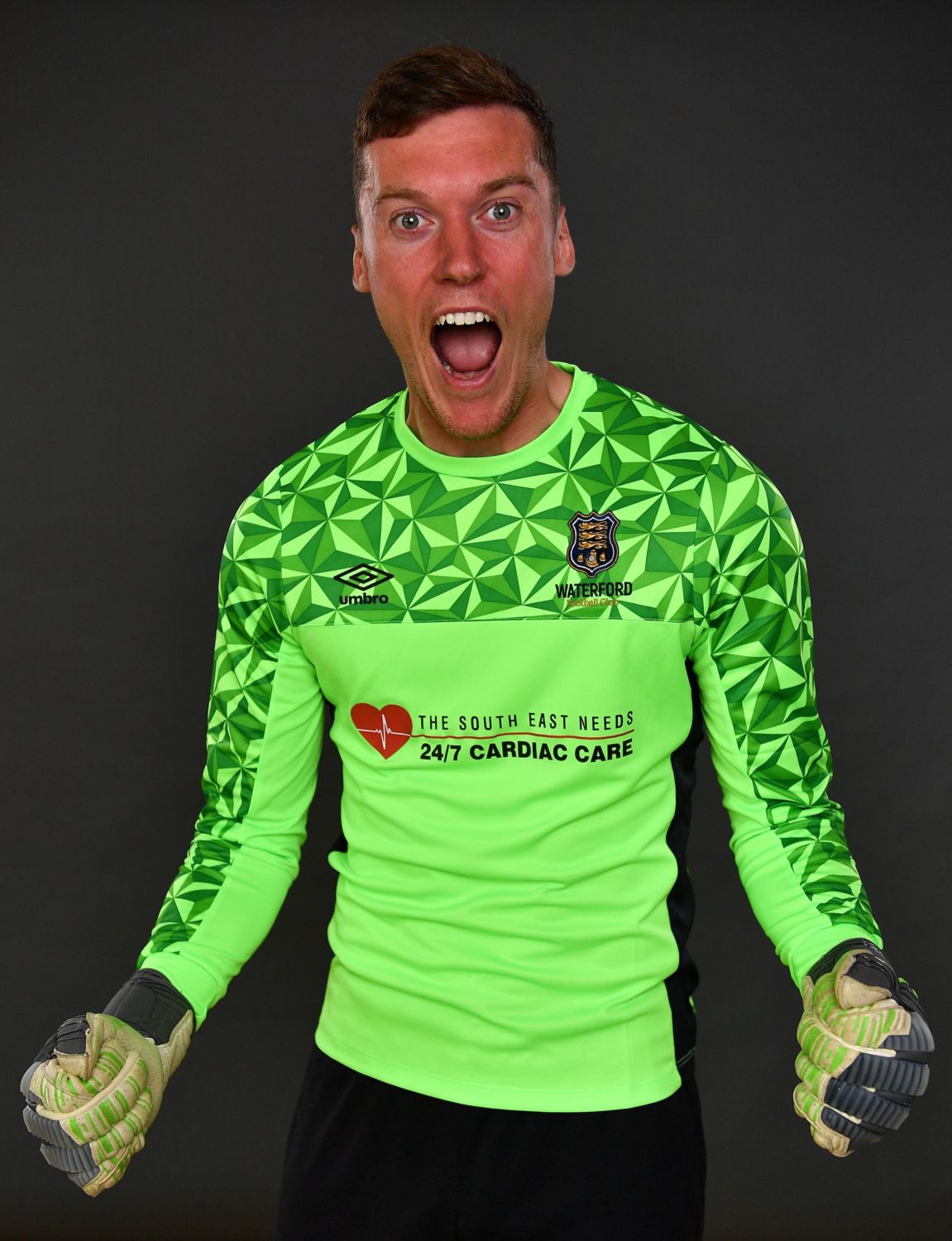 Matt Connor was one of the heroes for Waterford FC tonight in Ballybofey as he saved a second-half penalty in the Blues 1-0 win.

Waterford FC have ended an eight-year hoodoo without a win over Finn Harps that stretched back to August 2013 at Finn Park as an ice-cool penalty from new signing Quitirna Junior Armando gave Marc Bircham’s side a crucial win this evening.

But it was a superb penalty save from Matt Connor, who was replacing the injured Brian Murphy between the posts,  seconds into the second-half that proved pivotal for the Blues as he denied Barry McNamee from the spot, and it allowed Waterford the chance to see out the game despite having Prince Mutswunguma sent off in injury-time.

On an evening that saw Bircham give debuts to Eddie Nolan, Anthony Wordsworth and Quitirna Junior Armando, it was the experience of Nolan that proved key in the dying minutes of the game as he held the defence together to give his new club an all-important win in their bid for survival.

Blues midfielder Shane Griffin came to his side’s rescue midway through the half when Barry McNamee sent in a right-wing corner-kick to the back post where Karl O’Sullivan headed the ball back across goal that saw it take a deflection off a defender, but the former was on hand to clear off the line.

Waterford were awarded a penalty kick in the second minute of first-half added time when referee Derek Tomney deemed that defender Will Seymore pushed Darragh Power in the area and Quitirna Junior Armando brilliantly dispatched the spot-kick past keeper Mark McGinley.

The second-half was less than 30 seconds old when referee Tomney judged that Eddie Nolan fouled Sean Boyd as he tried to get on the end of a Jordan Mustoe cross, but keeper Matt Connor guessed the right way to deny Barry McNamee from 12 yards.

With the referee adding six minutes of injury time, the Blues were reduced to ten men when Prince Mutswunguma received a straight red card in the second minute of that time for a late tackle before Conor Barry could have equalised in the dying seconds when he headed a Barry McNamee corner inches wide as the Blues held out for a priceless win.