Nolan and Wordsworth sign on the Blues’ dotted line 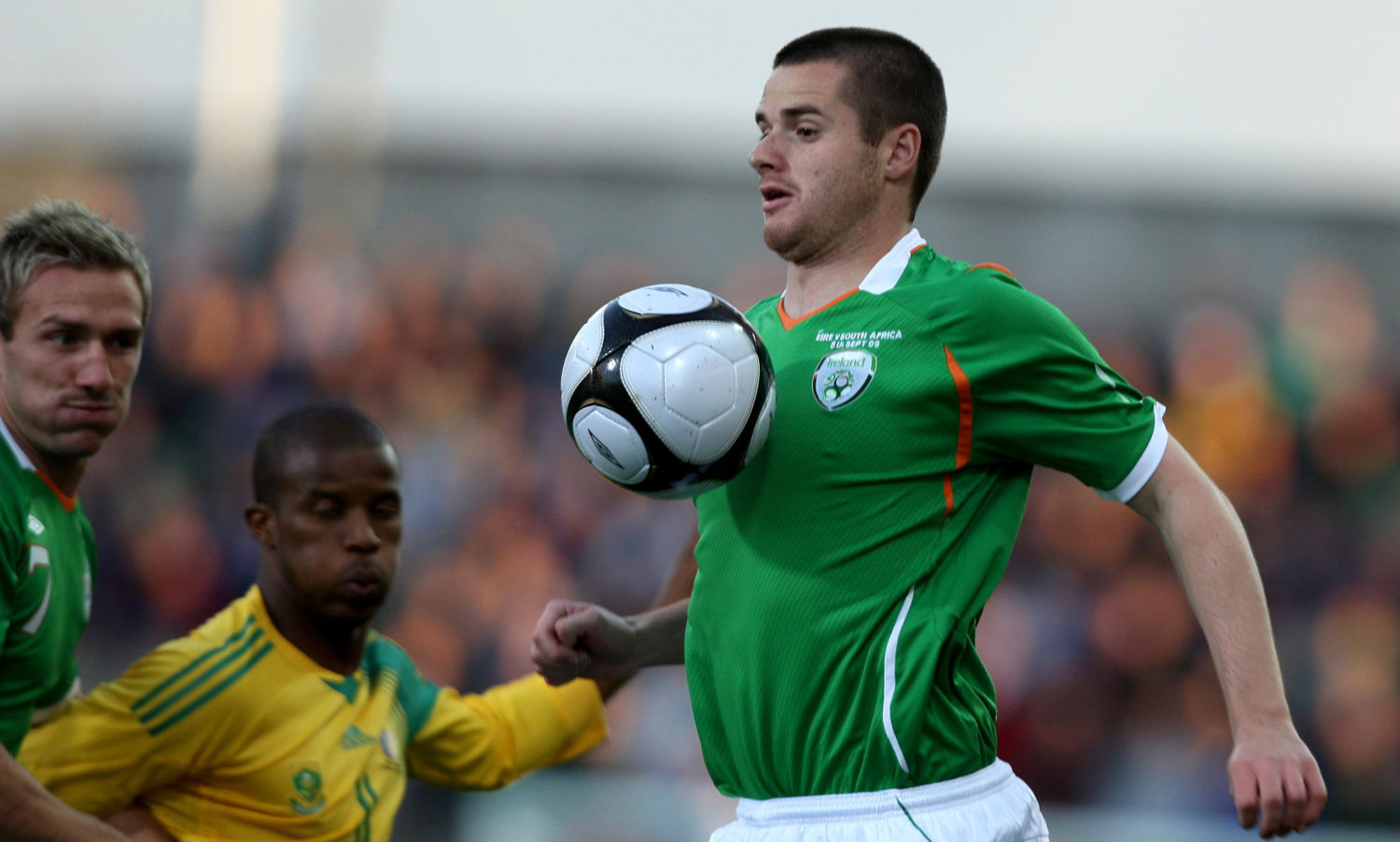 Eddie Nolan in action for the Republic of Ireland against South Africa back in 2009. The Waterford native this week joined his hometown club. Photo: Inpho.

Waterford native Eddie Nolan has become a Waterford FC player after the 32-year-old defender signed on the dotted line for the club after spending 15 years playing across the divisions in the UK and he is expected to be part of the squad for this evening’s trip to Finn Harps.
Nolan will become the third Nolan to line out for the club in the League of Ireland after his twin brothers Brian and Shane lined out in recent years, and Eddie’s 300 odd appearances across channel will bring the experience needed in Waterford’s quest to stay in the top division.
The former Republic of Ireland International made 94 appearances for Crewe Alexandra before making a move in the January transfer window to Motherwell where he failed to make a start before deciding to make the return home in recent weeks. He was also capped three times for the Republic of Ireland Senior squad.
After making the move from Bohemians to Blackburn Rovers, he also represented Hartlepool, Preston North End, Sheffield Wednesday, and Scunthorpe United where he played over 120 times at Glanford Park. He will be a massive addition for Marc Bircham for the remaining fixtures with his signing confirmed on the SSE Airtricity website.

WORDSWORTH SIGNS
According to the SSE Airtricity website, the club have also secured the signing of experienced midfielder Anthony Wordsworth, who last played in the English National League with Barnet after featuring with AFC Wimbledon two years ago.
After starting out with Colchester United where he spent six years at a club owned by Robbie Cowling, father of current Blues chairman Mitchell, he also played at both Ipswich Town and Southend United before moving to Wimbledon where he spent two years.
With manager Marc Bircham keen to bring in some experience, the midfielder trained with the club in the past week, and his inclusion on the league website would suggest like Max Hutchison and George Forrest last week, could feature in Donegal. He has also scored 63 times in 345 career starts, and played with current Waterford striker Daryl Murphy during his time at Portman Road. 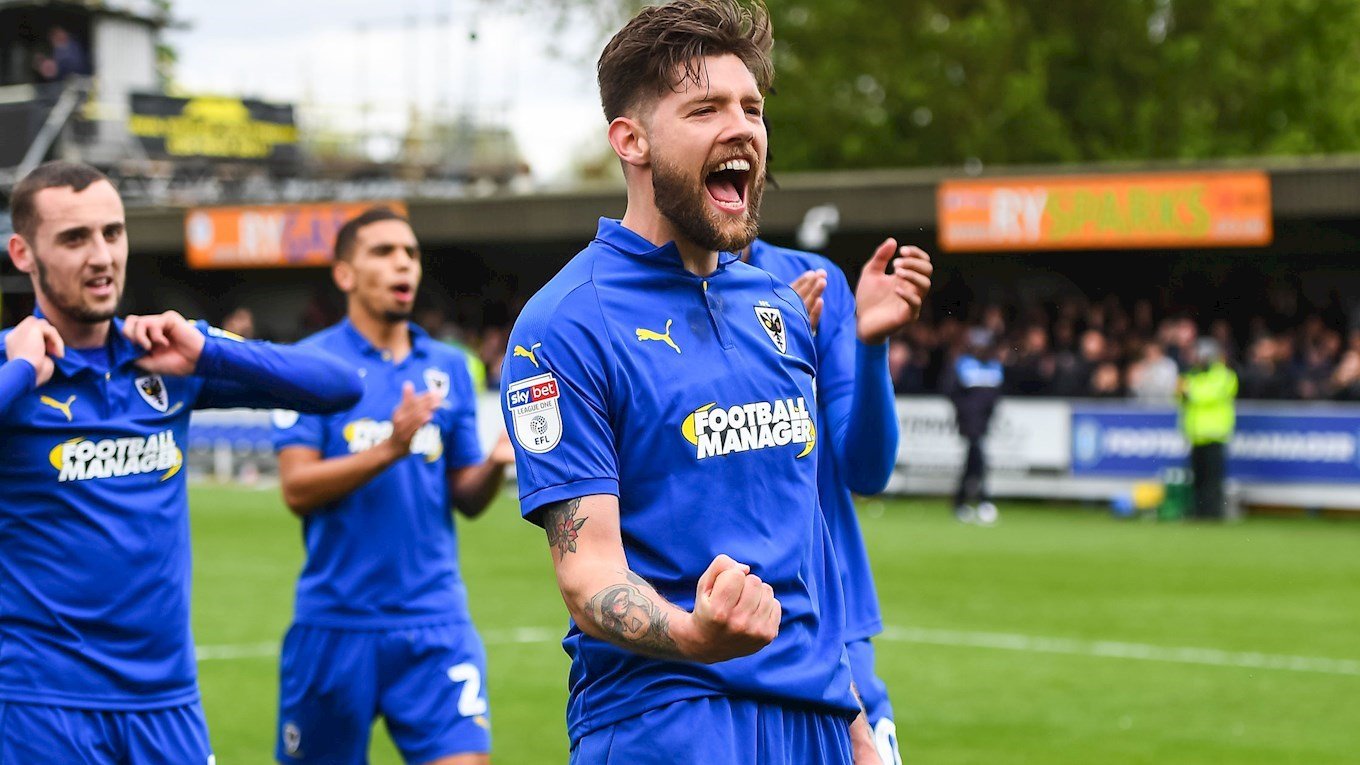 FURTHER ADDITIONS
According to the SSE Airtricity Website, the Blues have also signed Jeremie Milambo, who is a 20-year-old left-back, who was with Bradford City before going to Whyteleafe FC, and Quitirna Junior Armando, who last played in England.
Although It was expected that the club were set to sign Jamal Dupree, the latter receiving a broken left-hand in the past week, and the 23-year-old, who can play in midfield or as a centre forward, who last played with Deriaghy CC in Belfast after playing underage at Linfield and Cliftonville, hasn’t been confirmed as yet.
Another player who has a wealth of experience that has trained with the club in the past week with a view to signing according to local sources is Greg Halford, who has appeared in the Premier League with Reading, Sunderland, and Wolverhampton Wanderers.
The all-rounder, who is a predominately a defender, is 36, and like Nolan and Wordsworth would bring a lot of experience to the Blues squad as they prepare for a battle to stay in the top flight. Halford last played with Southend United in League Two, and he would be an addition, even at his age should he decide to join.
There’s no doubting that one can only praise manager Bircham and owner Richard Forrest as they continue to try improve things at the club since their arrival at the RSC, and these next few games are crucial as the Blues try to get points on the board. Hopefully it will start with a win on the road later this evening (Friday).