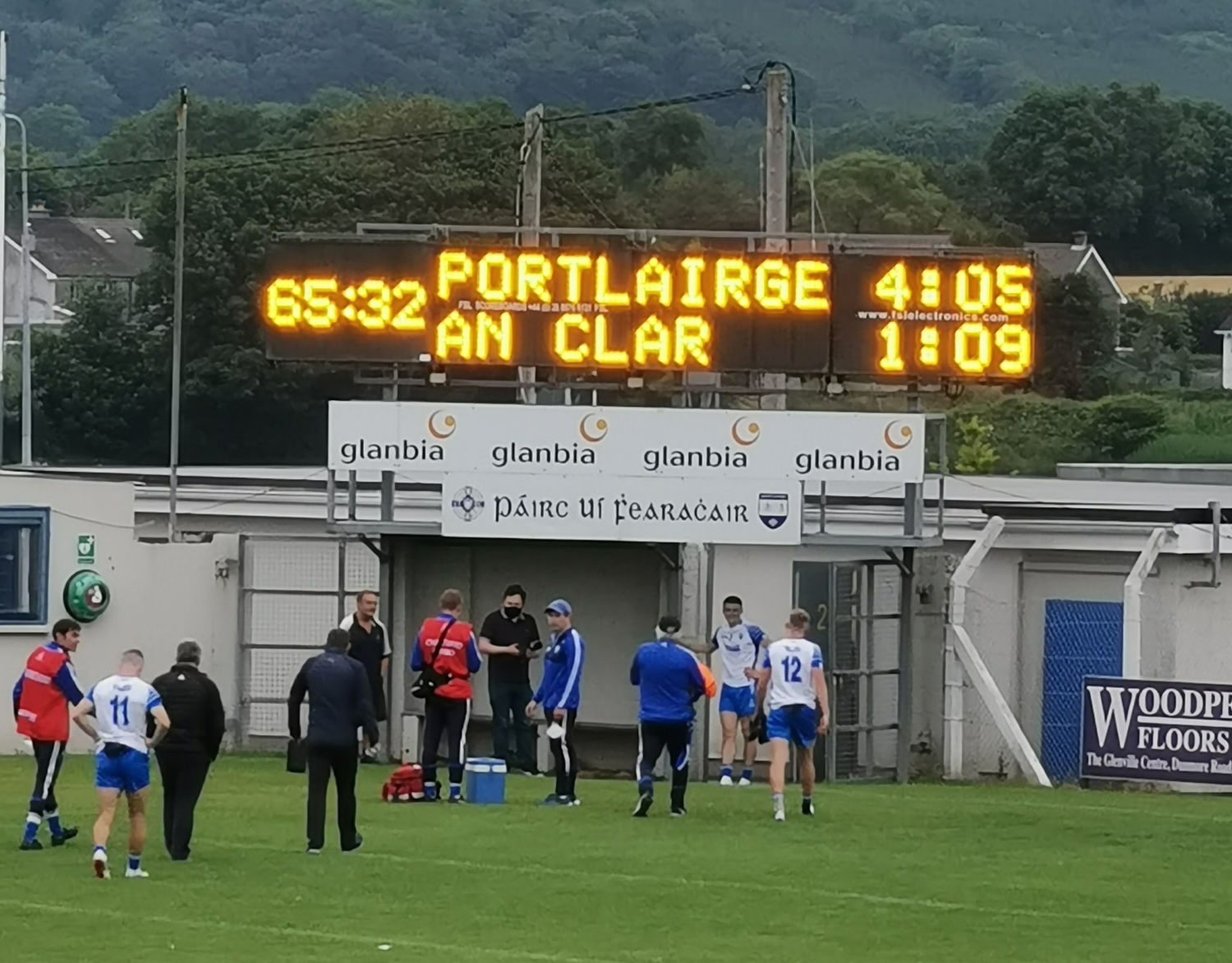 Tom O’Connell was the hat trick hero in Dungarvan last night as Waterford advanced to the semi finals of the Munster Under 20 football championship in style.

The Brickey Rangers full forward struck 3-1 before substitute Henry Griffin fisted in a fourth goal in the last minute of normal time to seal victory. It sets up a last-four clash with Tipperary at Semple Stadium next Thursday.

This result looked unlikely when Clare led by 0-3 to 0-0 after 11 minutes.

Padraig Fitzgerald raised Waterford’s first white flag in the 12th minute. Off the next kickout, Liam Fennell found O’Connell and the Waterford full forward coolly rounded the keeper Oisin O’Loughlin and found the bottom corner. O’Connell banged in a second four minutes later after he fetched a DJ Kiely delivery. 2-2 to 0-3 to the home side at the first water break.

Waterford failed to score in the second quarter, meaning that the home side’s advantage was down to just one at the half-time interval on a score of 2-2 to 0-7. 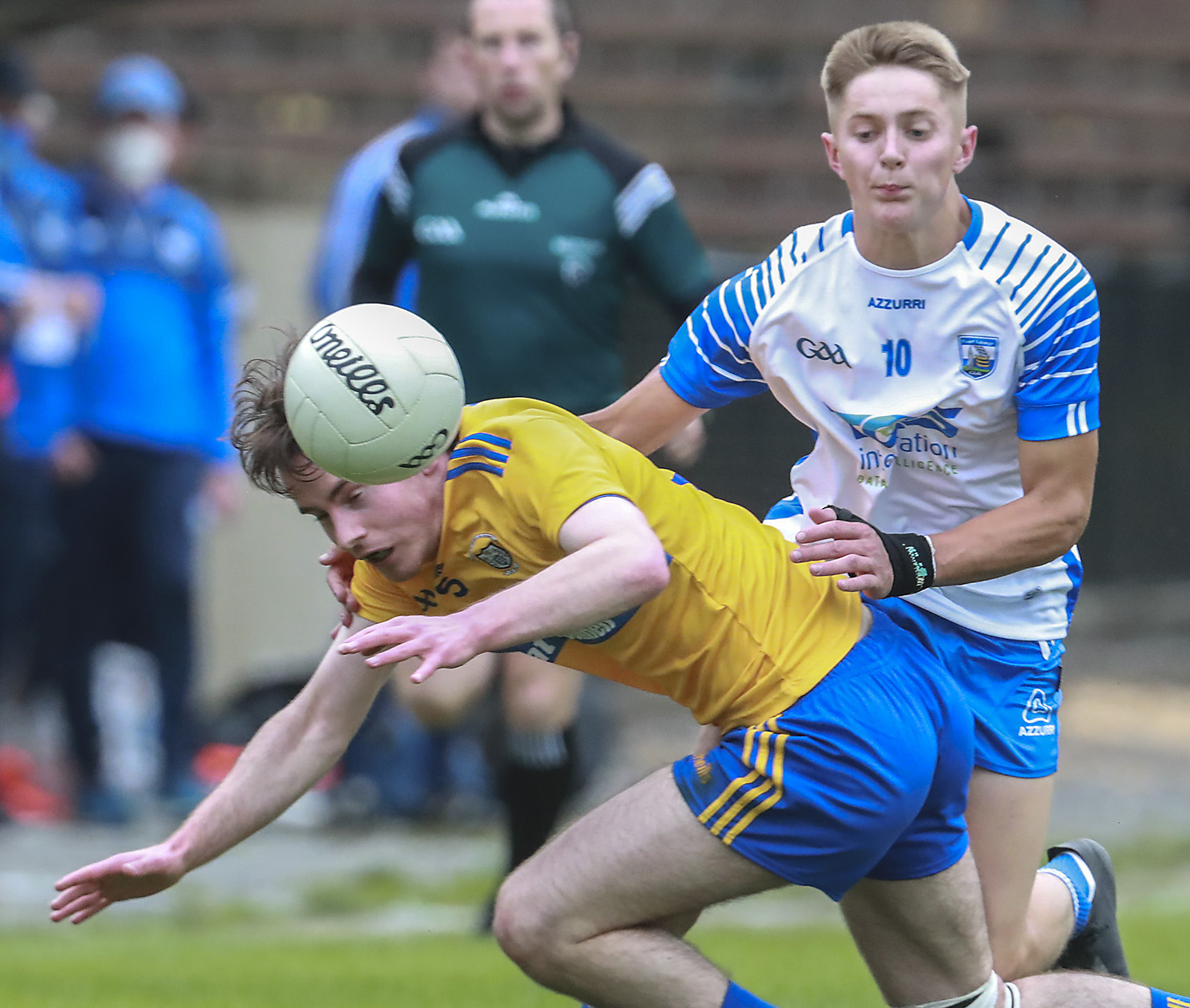 The visitors were quick out of the blocks in the second-half. McInerney squared matters two minutes after the restart and on 36 he tucked away a penalty after McMahon was downed. This put Clare 1-8 to 2-2 in front.

Niall McSweeney slotted a free at the other end, Waterford’s first point in 21 minutes. O’Connell completed his hat trick on 42 minutes after a Clare short kickout went awry.

Colin Foley edged the home side in front on 53 minutes.

Sub Henry Griffin fisted in a fourth goal in the last minute of normal time after he was set up by Seamus Fitzgerald. In an action packed finish, Aaron Ryan saw his injury time penalty saved by O’Loughlin. Ryan was then dismissed for a second bookable offence.

Waterford saw it out for a great win.