The parochial pleasure of a 1912 Déise treasure 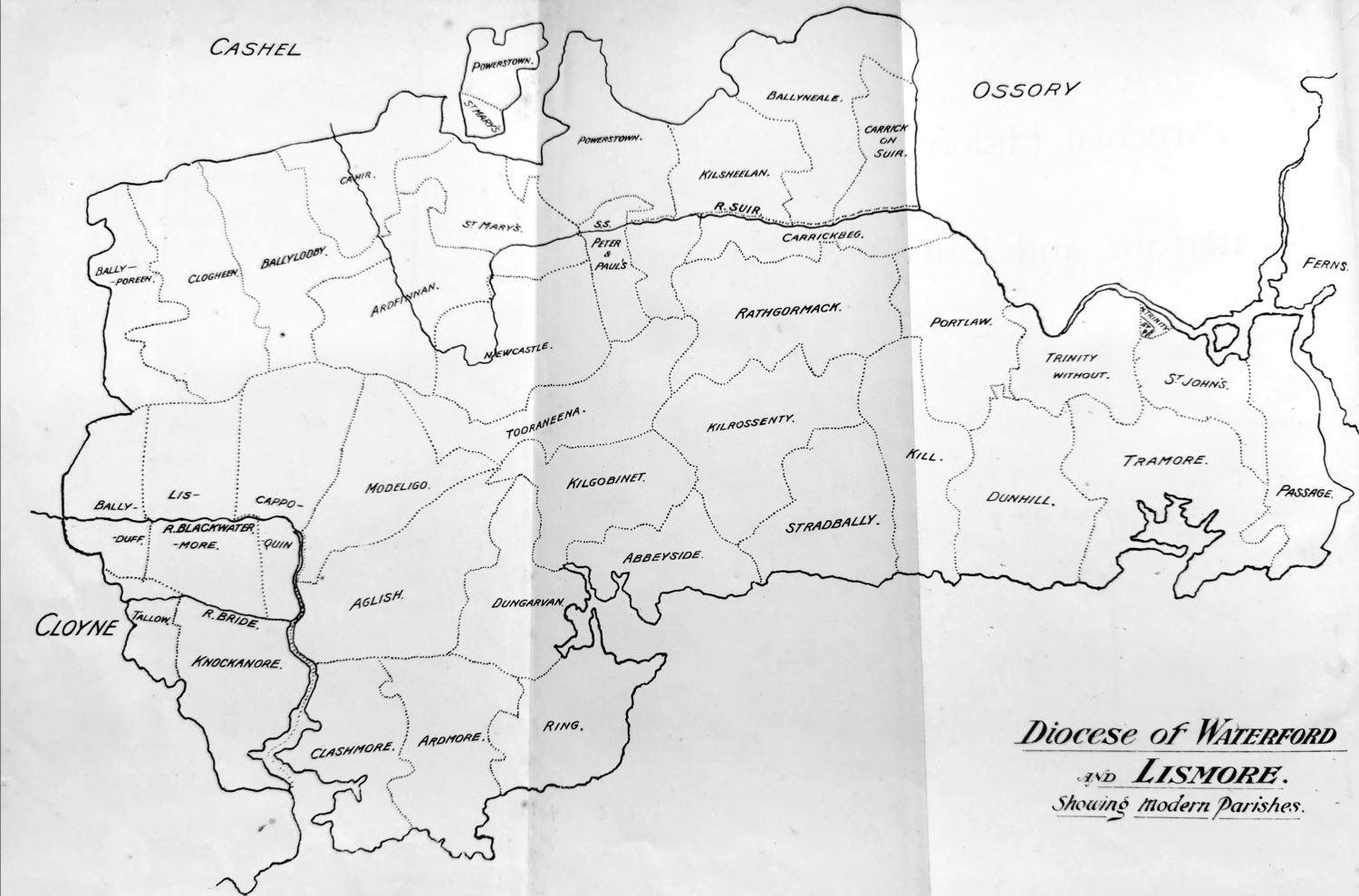 A three-leaf map which features in the Rev Patrick Power’s Parochial History of Waterford and Lismore, which was published by N Harvey & Co of Waterford in 1912.

HOLDING history – quite literally in the case of this story’s subject matter – is both a precious gift and great privilege.

With a deep green cover along with gold lettering and iconography, the ‘Parochial History of Waterford and Lismore During the 18th and 19th Centuries’ made for a welcome and entirely unexpected arrival on my desk as summer transitioned to autumn.

The childhood thrill reserved for a new Transformer thoughtfully delivered by Santa (Optimus Prime in particular when I was eight) is now increasingly reserved for stumbling upon old original works – as sure a sign as any of my ageing process. And in this particular case, I didn’t even accidentally stumble upon it. It was handed to me.

Published by N Harvey & Co of Waterford in 1912, the work of historian, priest and academic Patrick Power (1862-1951) had been retrieved from a Butlerstown attic in the late summer of 2020.

It just so happens that I live just beyond the halfway point between Power’s birthplace at Callaghane, Ballygunner and St John’s College where he studied for the priesthood; he was ordained in 1885.

An online search for the 1912 work’s authorship – the book in my possession does not bear his name – revealed an updated and by-lined edition published in 1937, titled ‘Waterford & Lismore: A Compendious History of the United Dioceses’. And it also revealed a further coincidence beyond both geography and his serving as a curate in my native Portlaw.

“The book was really a reprint of newspaper articles, hastily put together and printed from week to week, in a Waterford paper,” he writes in the preface. “The work now presented is perhaps as complete as it is, at present, possible to make it, although much detail of minor importance has been omitted.” 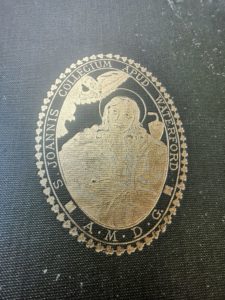 The gold iconography which features on the cover of Rev Power’s meticulously detailed book.

Reverend Power omits which paper these articles, profiling the parishes of the Diocese were published in – a rather odd exclusion for a man documenting history – but a further search revealed that his by-line regularly featured in the Waterford News.

Whether something other than a box in a Butlerstown attic had moved in mysterious ways is not for me to say in terms of possessing this 108-year-old book, but I for one am grateful for whatever serendipitous force may have been at work.

The book opens in grand geographical style, revealing a three leafed fold-out map of the modern parishes of the diocese in which the Rivers Suir and Blackwater are the only noted natural features.

From Passage in East Waterford to Ballyporeen in South Tipperary (the ancestral homestead of the 40th American President, Ronald Reagan), Rev Power notes all 39 parishes – 27 in Waterford and 12 in South Tipperary. The ancient parishes of the separate Dioceses of Waterford (34 in total) and Lismore (74) are also detailed in a similar three-leaf map at the back of the book.

It’s a meticulously detailed work, one which deserves greater treatment than this offering can provide and comes with a brief but prescient preface.

“He (the author) would present it as an ordered collection of material which will facilitate the work of the future historian and save him an immensity of time and labour. For the present it will also to some extent satisfy the general desire for knowledge of our ecclesiastical past. Publication of material here presented may too, by the way, stimulate the advent of the future historian in question.” Job well and truly done, Reverend Power.

Of the many superb nuggets this work contains, two regarding my home parish of Portlaw and Ballyduff unavoidably caught my eye.

1: “By his will Rev. John McGrath, endowed the Ballyduff schools, bequeathing a large sum of money to pay a bonus of about £12 a year to the teachers and to provide clothes for the pupils as an encouragement to regular attendance. The present population of the town is estimated at over three thousand.”

2: “Since 1784, the year of Rev. Matthias Power’s appointment – that is close on one hundred and thirty years – there have been only four Parish Priests.”

Patrick Power died at his home on John’s Hill on October 16, 1961 aged 89 and was buried in St Otteran’s Cemetery, having, according to the Royal Irish Academy’s Dictionary of Irish Biography, “expressed his wish to be interred among the district’s poor”.

Upon learning of this, I visited the graveyard and proceeded to walk around its entire perimeter, unaware that the Reverend’s grave had pride of place: as proximal as one could be to the main door of St Otteran’s Church.

Beneath the church’s small stained-glass window depicting the Sacred Heart, the faded gravestone lettering (with old Irish also inscribed on its base) reads: 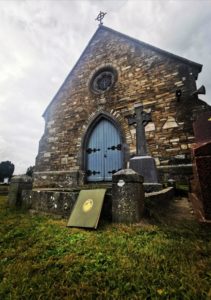 The Rev Power’s grave at Ballinaneeshagh, prominently positioned near the main door of St Otteran’s Church, with an original copy of his parochial history on the kerb.

“Pray for the repose of the soul of the Very Reverend Canon Power DL, Waterford, Professor University College Cork who died October 16 1951, 66th year of his Priesthood, RIP.”

I brought Rev Power’s book to Ballinaneeshagh and briefly placed it at the kerb of his grave. This particular copy, I understand, had been brought back from Australia several decades ago and was now in my possession via a well-stocked Butlerstown attic. Almost 20,000 miles and 108 years later, a fortunate series of events led me to discovering Patrick Power’s parochial work.

And my research also revealed an Antipodean coincidence: In the early years of his ministry, Fr Power was sent to Australia – specifically to the diocese of Wilcannia in New South Wales – to stave off Tuberculosis. He returned home in 1895, initially serving as chaplain to the Little Sisters of the Poor before spending three years as a curate at the Cathedral.

It may well be a work of history but it remains new and welcome information to someone proudly filling column inches today in the one and same newspaper Fr Power contributed to before the GPO was ablaze and Europe was at war. In time, I trust someone else will come to value this remarkable book as much as I do now. Bless that Butlerstown attic!