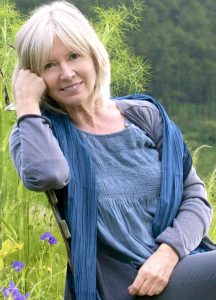 ON THE road where I grew up, the Mothers could be deeply mysterious women. On one level they seemed to keep to themselves and yet there was also a circle of chat that only the Mothers were part of.

If you walked past two or three of them at a garden gate, an immediate hush would descend. If you had to linger, then the chat would only resume in hushed tones. More likely you would be told to scram.

The Mothers on the road knew things about neighbours, babies and deaths. I don’t know how they knew so much. There was no social media, only a few houses had phones and these women were generally run off their feet.

But somehow before anyone else would know, they would be able to tell you chapter and verse as to the goings on in any house. Naturally they didn’t much talk to children unless you were required to go on a message.

They didn’t really talk to the men either, because generally during working hours, there were no men to be seen anywhere on the road. Except of course for the postman and the delivery men.

When events took place, Mothers would be seen running up to someone’s house with cakes or plates of sandwiches. Maybe they would come running back carrying a child or a kettle. If the coats and scarves were on too, then it was for sure that a major event had taken place or was about to. That or there was something going on in the Church.

So when I heard as a teenager that these women had something called their own “Running Away Money”, I wasn’t one bit surprised. They seemed to have a secret life and although Ireland was a rigid and oppressive place for women, there was all sorts of subterfuge going on with the Mothers.

“Running Away Money” was some kind of secret Bank Account or Post Office Savings Book that women would discreetly lodge money into so that they would have a back-up fund if things went badly wrong. It was supposed to be for intimate purchases, emergency supplies or something, but I never suspected for one moment that it literally was for running away.

That is until the day when one of the Mothers did run away. She was a beautiful dark-haired woman, younger than most of the other Mothers, and always wore pink fluffy slippers. Her eldest was one of my group of school girls that would walk to school together every day.

Nancy, we will call her, literally vanished into thin air and all we could do was try to eavesdrop on the Mothers’ huddles as they all tried to figure out what had happened. It was only years later I was told that Nancy had indeed run for her life and that she went to live in England with her ‘Fancy Man’.

On that road, attitudes to money were typical for the time. No one discussed it. The men tended to work in offices. My Dad did and I never knew anything about what that entailed. Suffice to say we only got snippets at home. Like the time “girls” were allowed to come to work there and far too many of them wore mini-skirts. That was controversial as they were distracting the men!  Or when one of the lads retired and a drinks party was held where someone always drank too much. That made my Dad laugh.

But what people earned, what they bought, what their ambitions were, was never discussed. All I knew as a young teenager was that I needed money to have any kind of life so I went and did babysitting jobs, waitressing and chambermaiding all over the place. You could travel the world once you learned to waitress as I discovered in London and New York!

I’m not sure if Nancy had “Running Away Money” especially if there was a man involved. But for sure some of the others did. As we grew older, the Mothers passed on this practice to their daughters and us girls were warned to have a secret stash of money that no husband would ever know or find out about.

Being from a one-parent family, it was always the case that a Father was useless at these critical times. If he knew about “Running Away Money”, he never mentioned it to us. Instead, the girls on the road filled me in and to this day I appreciate the spirit of that advice if not the actual practice.

Girls need independence, skills and knowledge about money. You don’t have to be a financial genius and then again, a stash of “Running Away Money” might still be a good Plan B.