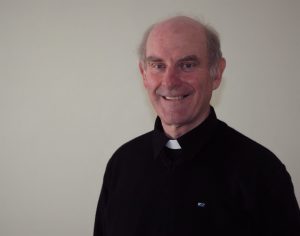 THERE was consternation when the government announced that First Holy Communion and Confirmation ceremonies could not go ahead in July. This was a complete reversal of an earlier decision made on this issue.

We had prepared very diligently for these liturgical celebrations ensuring strict compliance with all government regulations in relation to Covid-19.

Children were extremely disappointed and parents were frustrated and annoyed that after all their investment of time and money in preparing for the great day, plans for the day had to be postponed.

However, we have to accept that the health and safety of the community is a primary consideration. The fundamental Catholic principle of the common good must be respected.  Modelling by NPHET clearly indicated that the new delta variant of the corona virus would result in alarming levels of hospitalizations and deaths if preventative measures were not taken.

Because the hospitality sector could not reopen on July 5 as planned, the Government feared that families would organise large gatherings in the homes and thus pose a serious risk of viral transmission.

The Church accepted this decision but we were very annoyed at the manner in which it was communicated. Archbishop Eamon Martin said: “it was very disrespectful how this was done… a journalist’s tweet and the Tánaiste dismissively saying ‘oh they’re off’ – that was how we were told about the change in direction.”

Be that as it may, I am reliably informed that even though the ceremonies were cancelled, many families went ahead with planned celebrations in the home. Girls even wore their Communion dresses and boys their suits.

Not quite the same level of indifference to the fundamental significance of these ceremonies as shown by others in former years. I remember one such incident when a mother reported that, because the hairdresser appointment was running late, she would skip the ‘church bit’ and just head on for the reception in the hotel.

I spoke with a mother who is totally committed to the faith formation of her children. Her daughter is making her First Holy Communion this year.

She was concerned that her child was feeling pressurised to have the same standard of dress and other paraphernalia that her peers were boasting about; (chiffon or silk dresses, I believe, adorned with diamante and completed with tiara and veil).

The mum said the children never spoke about the ritual of First Holy Communion and what it might mean. I asked one child, who was very disappointed when Communions were cancelled, what she was looking forward to most: the promised visit to an amusement park somewhere up the country!

I don’t blame the children. The parents are the primary educators of children in the ways of faith. I remember speaking to a group of parents some time ago.  One parent was rather taken aback when she realised that the preparation programme for First Communion would require her to attend Mass with her child occasionally during the year. She could not understand why this was necessary.

I don’t blame the parents either. They have inherited rituals which for the most part now function for them as rites of passage; the religious dimension is incidental and its meaning and significance not appreciated. The parish and the school have colluded with the practice. In particular, parishes have never seriously engaged in conversations with parents around their religious sensibilities.

It is obvious that such rituals are highly significant for families and of course for the children who participate. As I said, they function as rites of passage (Instinctively, we want to mark significant moments such as birth, reaching the age of reason, beginning adolescence and the journey onto adulthood, marriage and, of course, death).

The unique identity of the child is emphasised and they receive reassurance of love and support in the great journey of life.  Such rites of passage could be marked by secular rituals which could be very meaningful for children and parents.

I am thinking of ceremonies such as the ‘Quinceanera’ which celebrates the girl’s transition into womanhood. It is practiced throughout Latin America and through the Latino emigrants is now being introduced into American culture. Like the Confirmation ceremony, it involves a big family gathering and the sharing of a festive meal. Traditionally, there was a religious dimension but seemingly this is expendable.

I believe if we created such secular rites of passage, there would be less pressure on parents, who do not adhere to the Christian belief system, to present their child for First Communion or Confirmation.

We need to develop a system whereby parents and children prepare for the sacrament together and that is not age restricted.  When they feel ready, and after discussion with the priest, parents might present their child for First Communion at a Sunday Mass.

It is rather anomalous to say the least that parents allow their children to prepare for Holy communion or Confirmation while they themselves are not members of the Church and rarely come to Mass.

Such a programme would enable parents to appreciate the significance and implications of the sacramental rites of Communion and Confirmation. They are ceremonies of initiation; that is initiation into the faith community or Church.

Almost all major organisations have such rituals; for example, Scouting Ireland has the Investiture ceremony for new recruits; there is an initiation ceremony for people becoming citizens in a new country whereby they accept their civic responsibilities.

Like all processes of initiation, Christian initiation, which begins at Baptism and continues through reception of First Communion and Confirmation, demands that candidates share the Christian vision of life. This is based on the story of Jesus.

Candidates are also asked to share in the mission or goal of the faith community which is of course to live one’s life in accordance with the way of Jesus, a way of peace, love, justice, kindness and caring.

Parents undertake the responsibility of helping children become more aware of the way of Jesus and to show them how to live out their Christian calling.  Confirmation candidates are asked to personally make this faith commitment.

Let’s be honest: for many, Confirmation, rather than a deepening of initiation into the Christian community, in fact represents an exodus from the community.

Maybe it is time to unmask the delusion and to challenge the hypocritical practice of parish, parents and school.