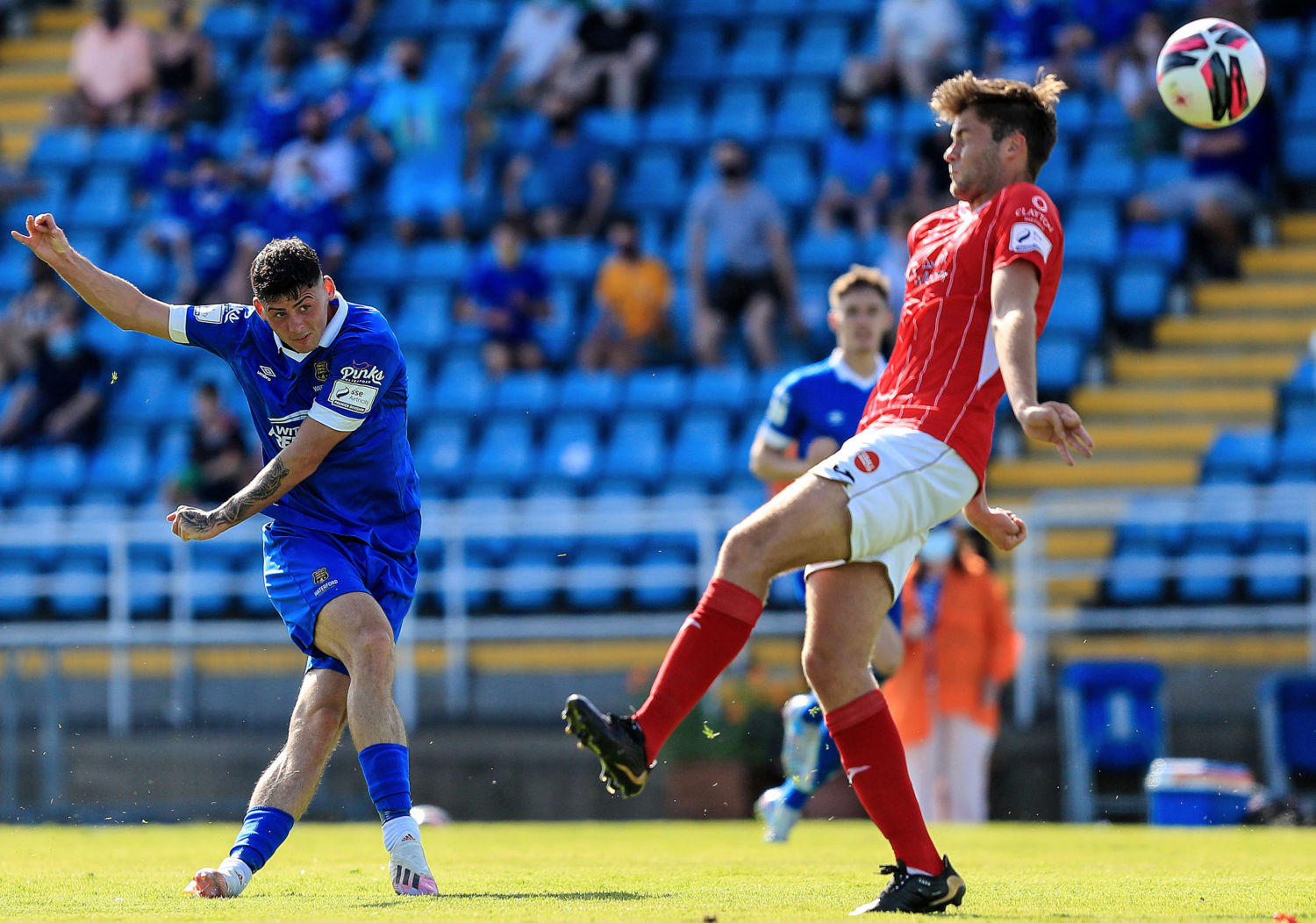 Waterford’s Cian Kavanagh in the act of scoring a cracker in his side’s SSE Airtricity League Premier Division win over Sligo Rovers at the RSC today. Photo: INPHO/Evan Treacy.

A Cian Kavanagh sizzler in the scorching 28 degrees heat moved Waterford FC just a point behind Finn Harps in their bid for survival in the SSE Airtricity Premier Division after they beat Sligo Rovers at the RSC this afternoon.

As the soaring temperatures made life difficult for both teams, it was Sligo striker Johnny Kenny had the opening chance on 13 minutes when he took a pass from Mark Byrne, but his close-range shot was superbly kept out by Matt Connor.

A serious collusion between keeper Connor and his teammate Kyle Ferguson seven minutes later saw the game held up for six minutes with both players forced to leave the field with nasty head injuries.

Anthony Wordsworth and John Martin had half chances for Waterford to go in front as the half drew to a close with the latter putting a 42nd minute left-wing Jeremie Milambo cross just wide after sliding in at the back post.

The Blues thought that they had opened the scoring three minutes into the second-half when Wordsworth scored direct from an indirect free-kick inside the penalty area, and after originally giving the goal, referee David Dunne disallowed it on reflection.

There was no ruling out a stunner that gave Marc Bircham’s side the lead on 53 minutes when Cian Kavanagh picked up the ball out on the left before racing past Garry Buckley before rifling a right-footed strike from 30 yards past Luke McNicholas.

The post denied the visitors an equalising goal ten minutes from time when Shane Blaney cracked a header off the post before Paul Martin made a great save five minutes from time to deny Romeo Parkes a certain goal after he raced one on one with the keeper.